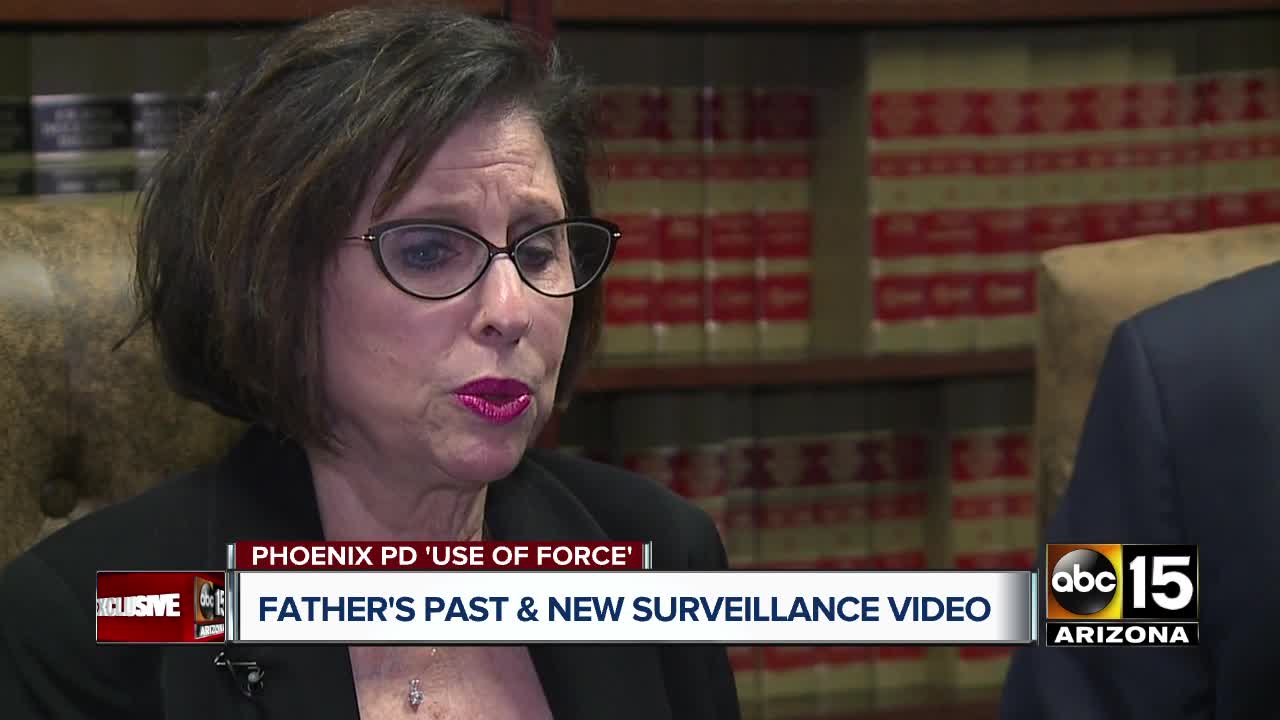 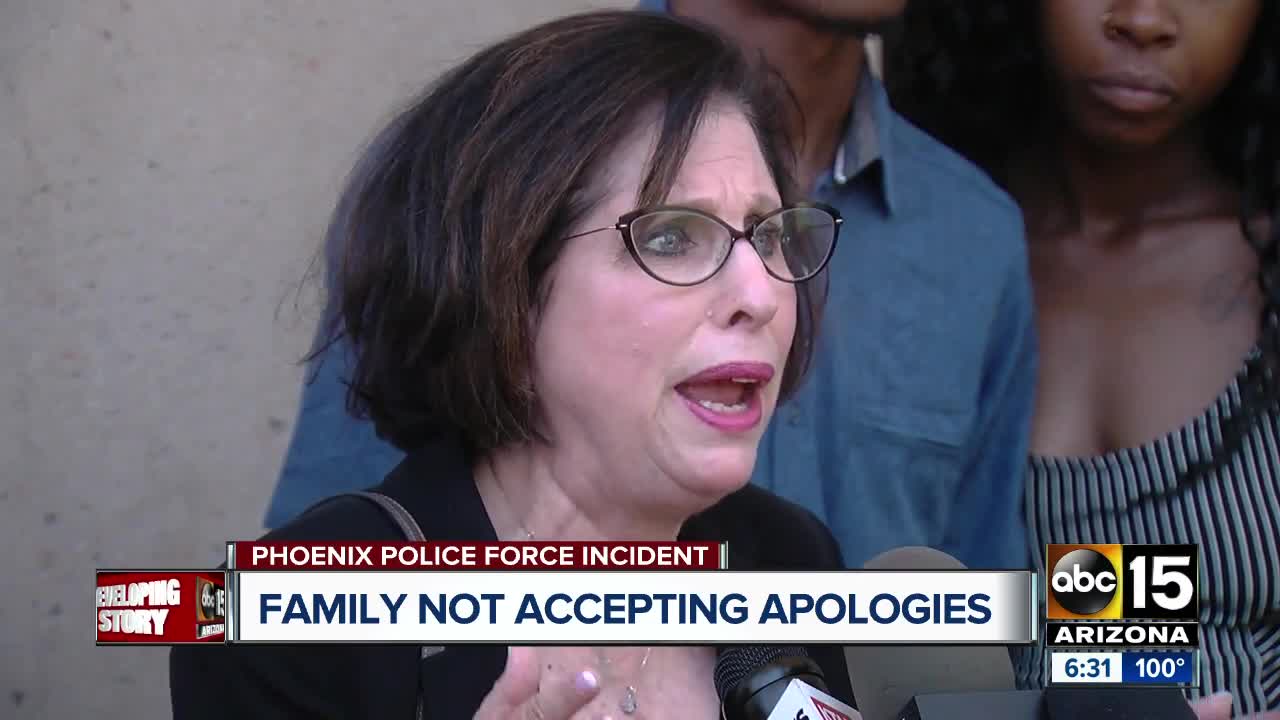 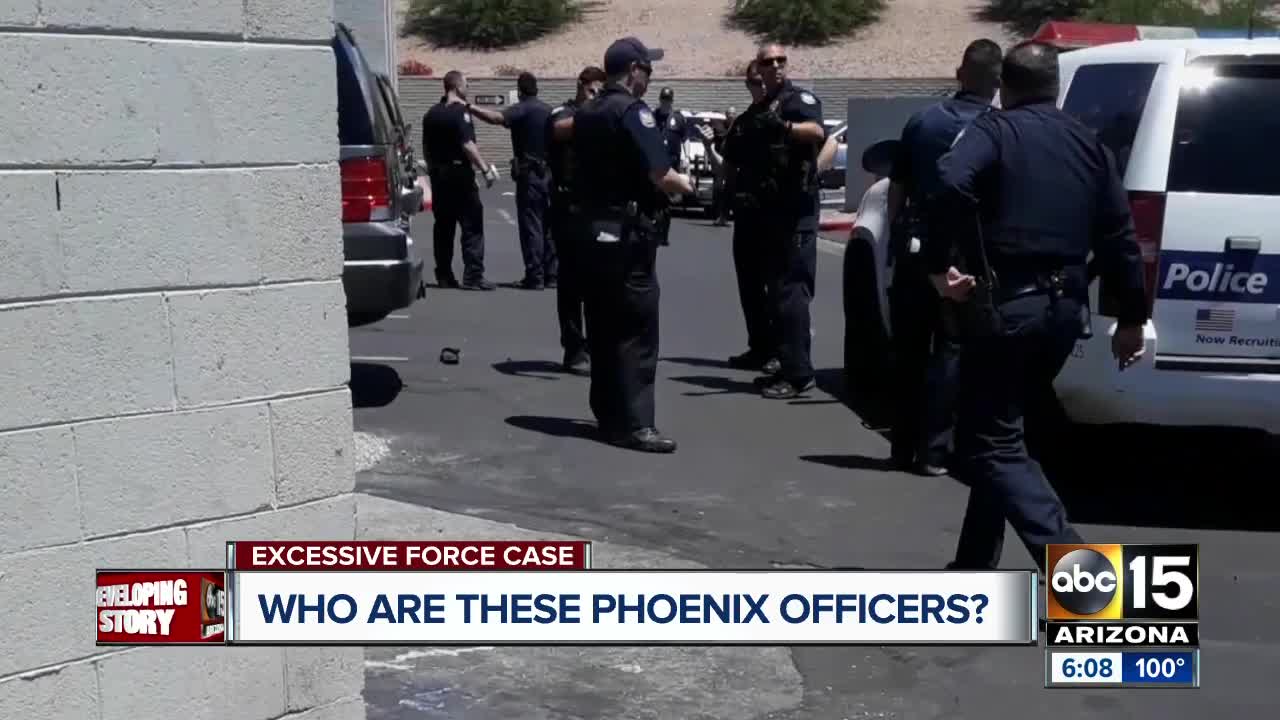 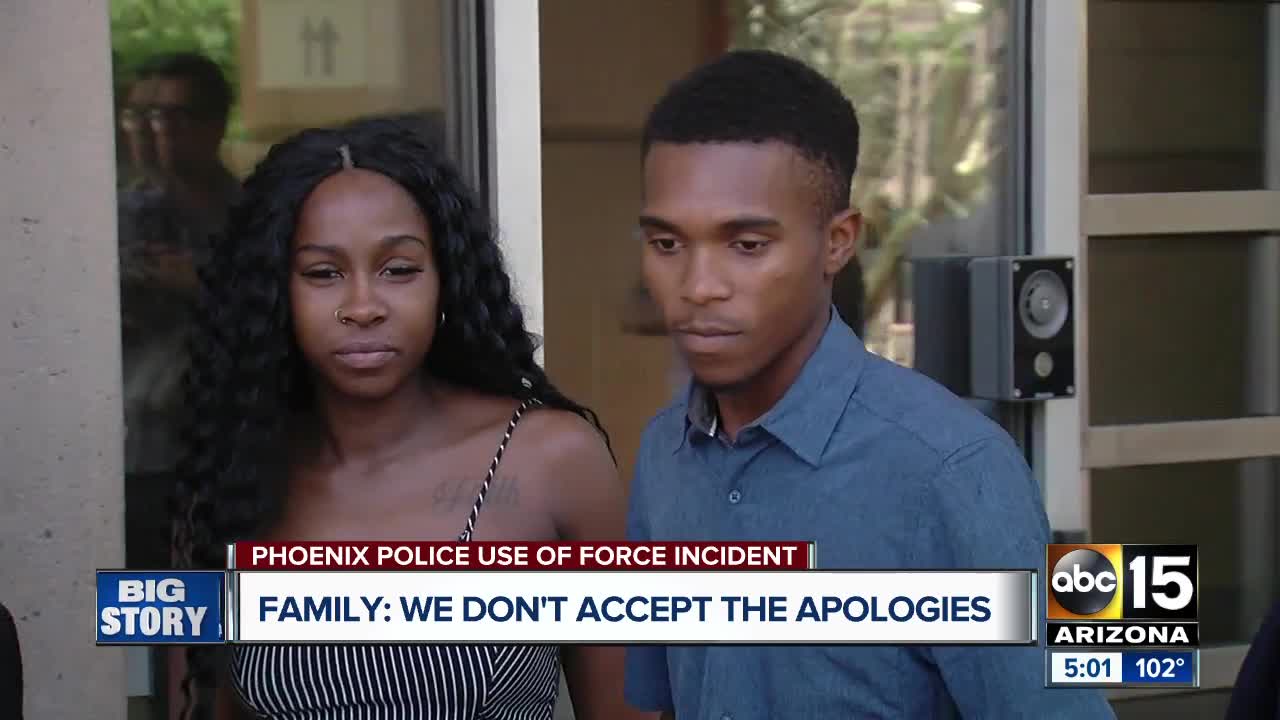 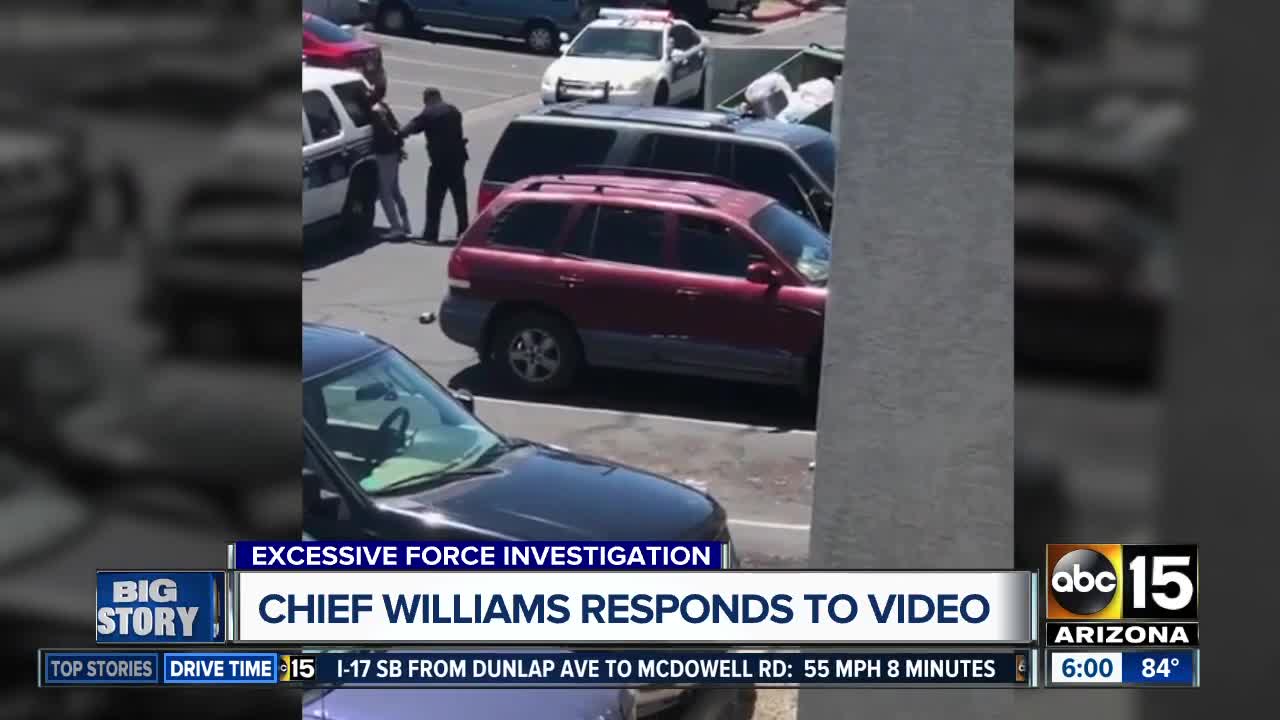 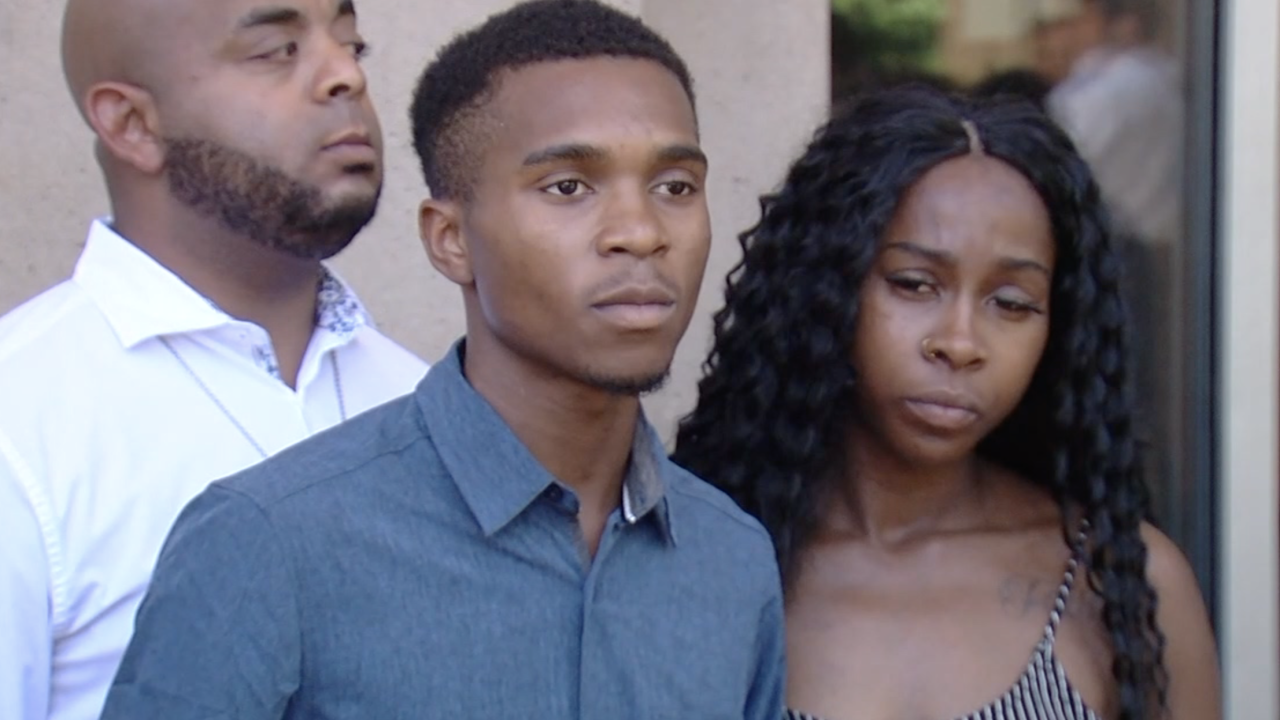 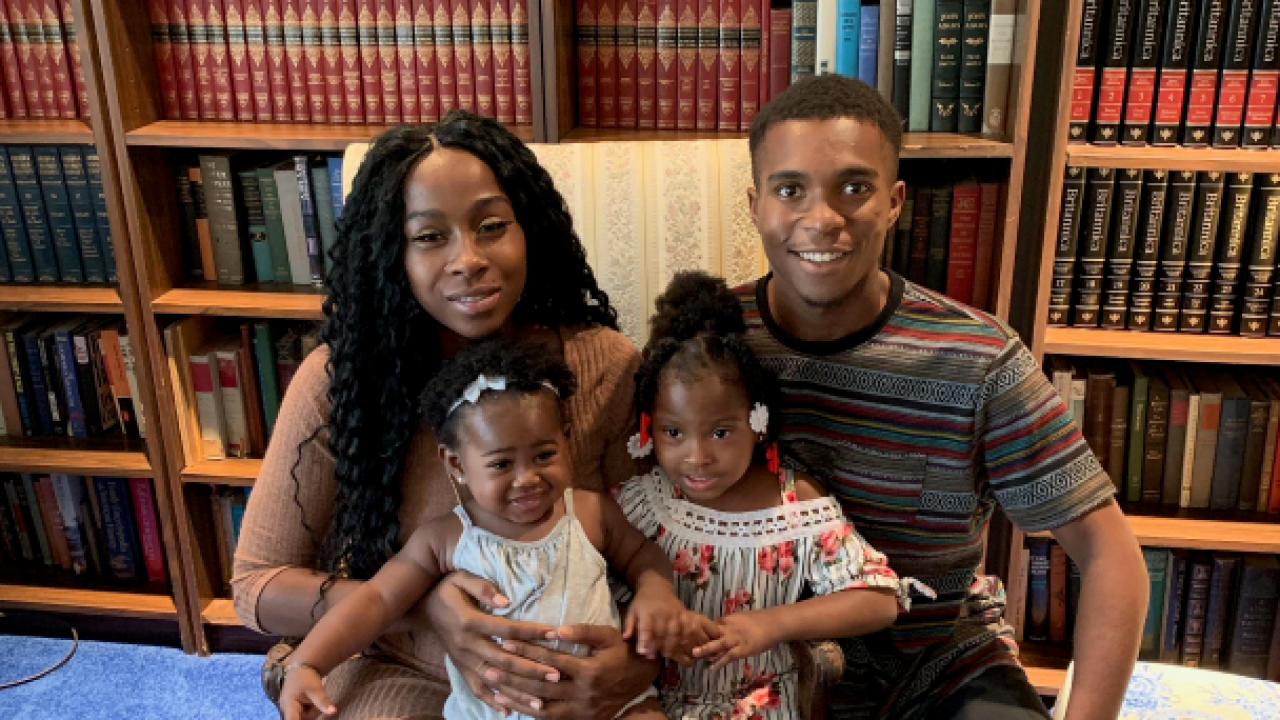 PHOENIX — The Valley family involved in a controversial arrest video making headlines around the country spoke out Monday morning about the incident, saying they are hoping for justice.

You can watch that press conference in the player below.

Video released last week shows police officers pointing guns and yelling profane commands to a father and a pregnant woman holding a baby. Police had been responding to a report of shoplifting.

The parents say their 4-year-old daughter had stolen a doll from the store, unbeknownst to them.

Police have not submitted any charges against the family stemming from the incident.

During Monday's press conference, attorney Sandra Slaton said nothing justifies what actions the officers took against the family.

"I thought something bad was going to happen to me and my children. I thought I was going to be shot, like he told me," Iesha Harper, the pregnant mother in the video, said Monday. Harper says her daughter is traumatized after the incident.

Davon Ames and Harper said after the incident, "we have to try our best to teach them that not all cops are bad."

Phoenix Police Chief Jeri Williams publicly apologized to the community and family who has filed a $10 million claim against the city alleging civil rights violations by police officers.

However, the family says they are not accepting the apologies.

"We're aware of apologies," Ames said. "Honestly, it really hasn't done anything to help us...it feels like it's a half apology."

Ames said with the officers still working, it feels like a "slap in the face."

Civil rights activist Reverend Jarrett Maupin claims the police department is not being honest and needs to apologize to the family, not just to the public.

Arizona Gov. Doug Ducey says a video showing Phoenix police aiming guns and yelling profanities at a man and a pregnant woman holding a baby is disturbing and unacceptable. But the Republican governor said Monday that he knows there's more to the story and he's withholding judgment on the officers' actions until an investigation is done. Ducey praised the transparency of Police Chief Jeri Williams and says he wants to see equal justice for everyone.

"Every day, Phoenix police officers interact with thousands of members of the public in neighborhoods across the city. In each instance, we do our best to protect residents, uphold the law, and keep families and our community safe.

"The vast majority of these interactions go unremarked upon. On occasion, an interaction receives intense scrutiny by the public, the media, the city and the department. That is as it should be - as police officers, each of us must be held accountable under the law. However, accountability first requires the completion of a thorough, fact-based investigation. To hold court using only emotion, without obtaining facts, or ignoring facts, does not benefit our community.

"PLEA has yet to receive the results of the ongoing investigation into the events of May 29, 2019. Until that investigation is complete, we are in no position to explain based on our opinion every moment of the video that has "gone viral." Such guesswork is not fair to our members or the members of the public who were involved in this incident. Moving forward, we hope reason and calm will soon become part of this community conversation."

In addition, Councilman Sal DiCiccio issued the following statement on Facebook Monday afternoon, saying in part "This constant barrage of attacking our officers in the end puts all our law-abiding citizens at risk, as well as the officers charged with protecting us."

A Community Listening Session is scheduled for 6 p.m. Tuesday at Pilgrim Rest Baptist Church in Phoenix. City leaders like Phoenix Mayor Kate Gallego, Police Chief Jeri Williams and others are set to be in attendance.