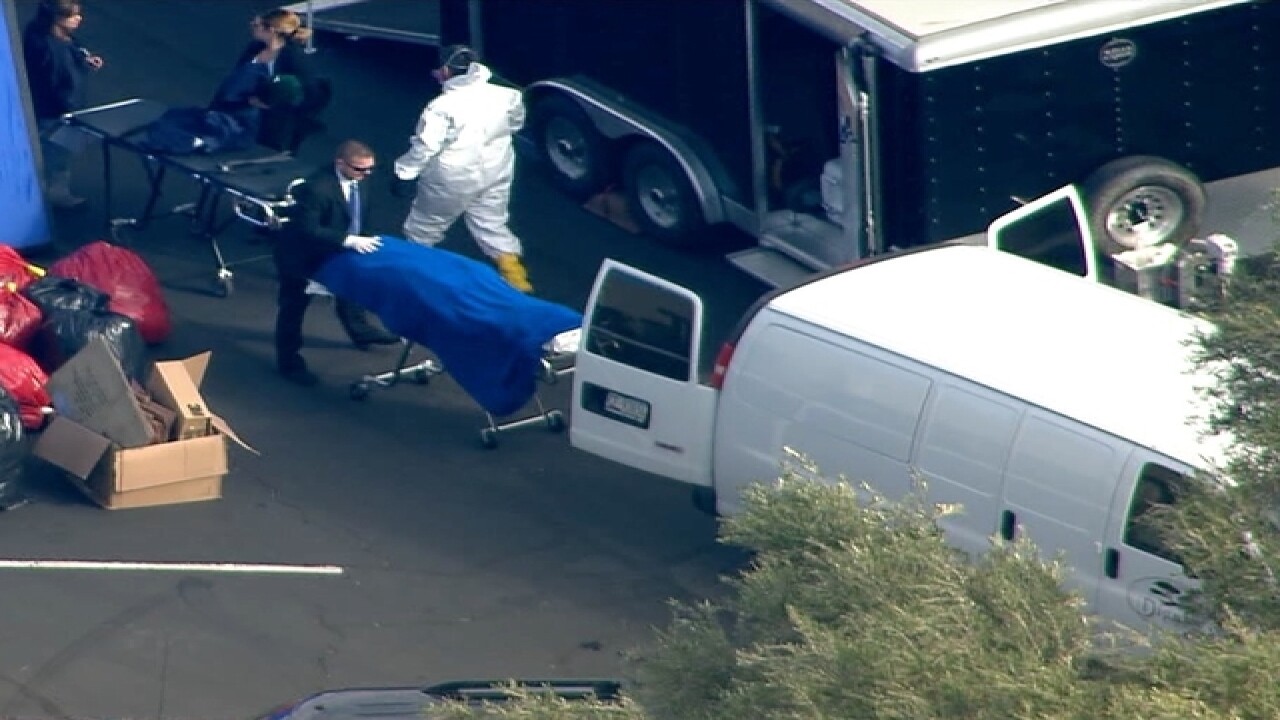 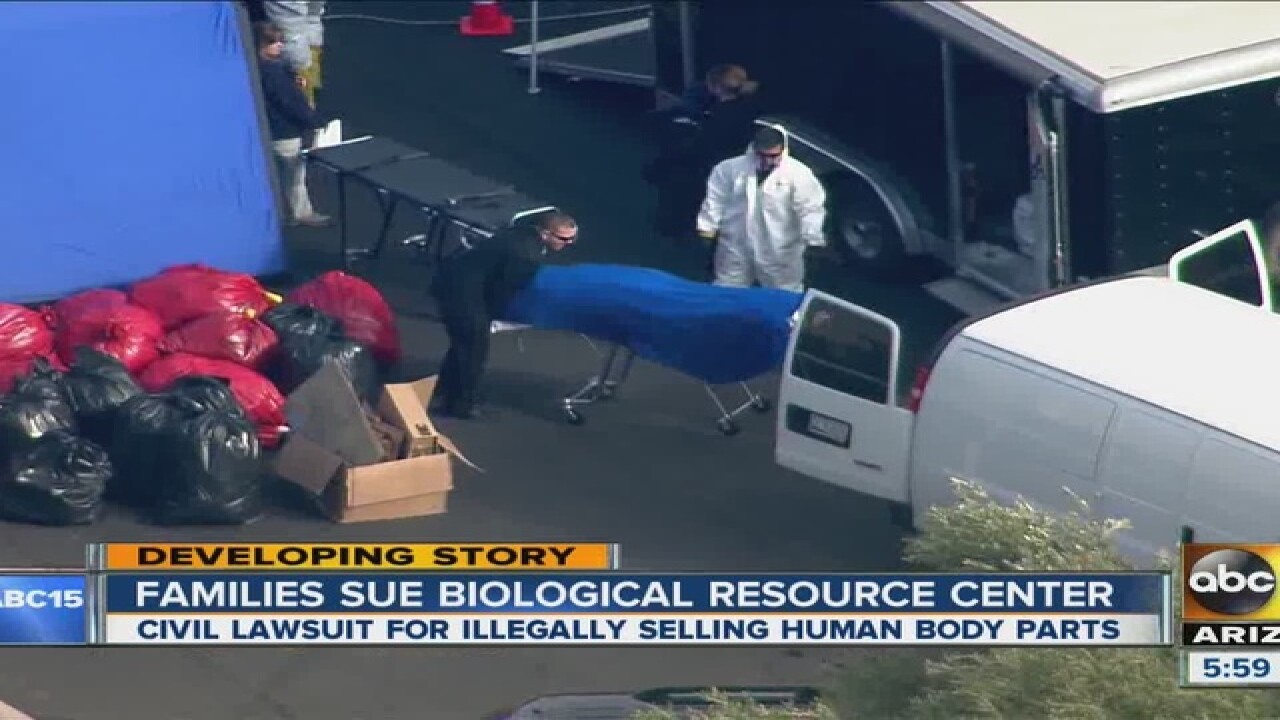 A Phoenix company is the target of a civil lawsuit for illegally selling human body parts.

On Monday morning, eight families who donated loved ones to Biological Resource Center filed suit against the center's owners and others affiliated with it.

People had agreed to donate their bodies to the companies to help further science. In several instances, the donors were told their body would not be cut up and sold for a profit.

However, federal paperwork reveals many of the donors were dismembered and sold for profit or mishandled.

Michael Burg is representing the families. He said he's trying to get them justice and compensation, going after dozens of people and places connected to the Biological Resource Center.

They're suing over 11 counts, which include mishandling of dead bodily remains, breach of contract and negligent referral.

He said local hospices and funeral homes are also in the wrong for referring people to BRC.

Burg said the families are still having a hard time realizing they'd been scammed.

The FBI said BRC was making a profit off of dismembering and selling the remains without donor consent.

"I've never seen something so horrific, to take advantage or people who are grieving and vulnerable."

The lawsuit alleges the misconduct started back in 2007. However, donors’ families were not notified until January 2015 about the following:

Currently the owner of Biological Resource Center, Stephen Gore, is awaiting sentencing. He pled guilty back in October for “illegal control of an enterprise.”

However, sources tell ABC15 News, there is federal criminal investigation underway and more charges could be filed.

The investigation first started in Michigan in December 2012. A paper trail led investigators to Phoenix and Chicago.