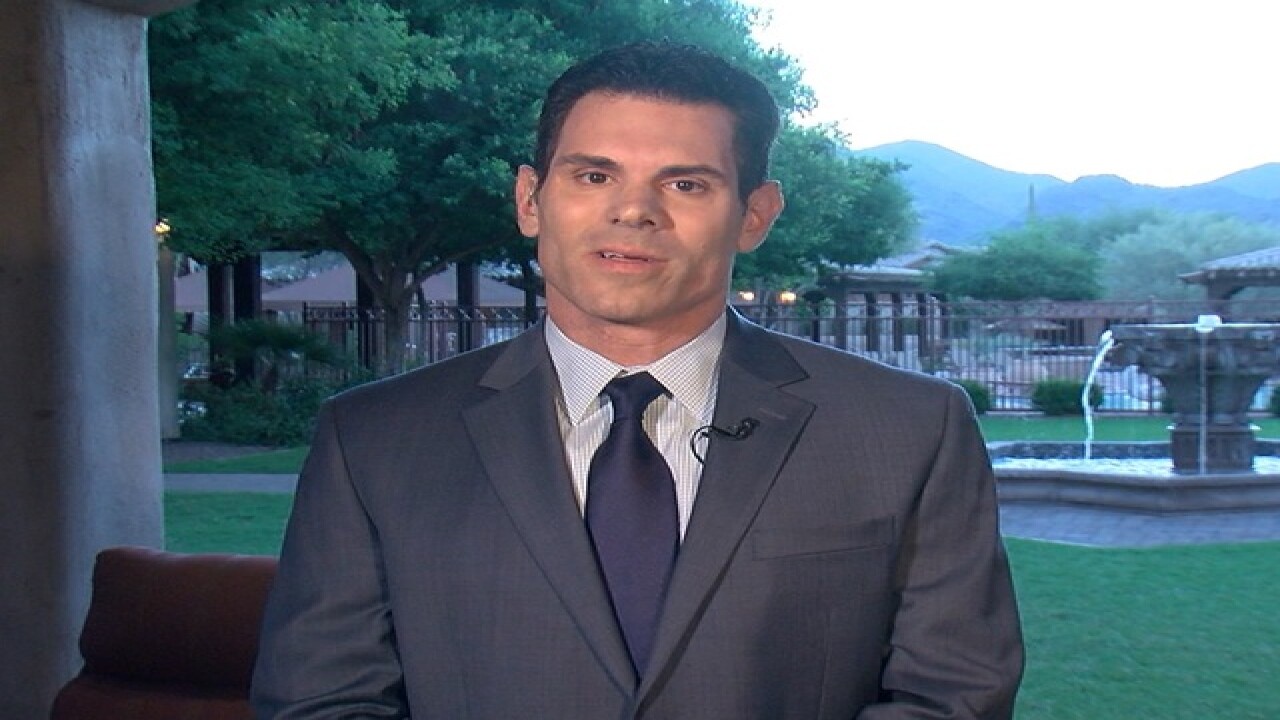 The attorney for the Phoenix freeway shootings suspect spoke exclusively with ABC15 on Thursday morning.

Jason Lamm told ABC15 Mornings he will be entering a not guilty plea for his client, Leslie Merritt Jr., in court on Thursday morning.

Maricopa County Attorney Bill Montgomery told the media on Wednesday that Merritt could face over 100 years in prison.

Lamm told ABC15’s Christopher Sign, “You can take the maximum sentence for any charges and run them together and create a big number."

The attorney went onto say that Montgomery’s comments remind him of Donald Trump. He said it is a theoretical possibility that his client could face 100 or more years in prison, but there is no practical likelihood of it happening.

SPECIAL SECTION: Latest on the investigation into the freeway shooting

Lamm: “I’m not real happy about it (the tweet)…I think the tweet was inappropriate, particularly from the head of the state executive branch.”

Merritt’s attorney believes Ducey got caught up in all of the drama surrounding the shootings.

BREAKING: We got him! DPS SWAT team is in custody of the individual suspected of I-10 shootings. Apprehended moments ago.

In addition to Lamm, Ulises Gerragut will also be representing Merritt in court.

Merritt is due in court in downtown Phoenix at 8:30 a.m.

SPECIAL SECTION: Latest on the investigation into the freeway shooting