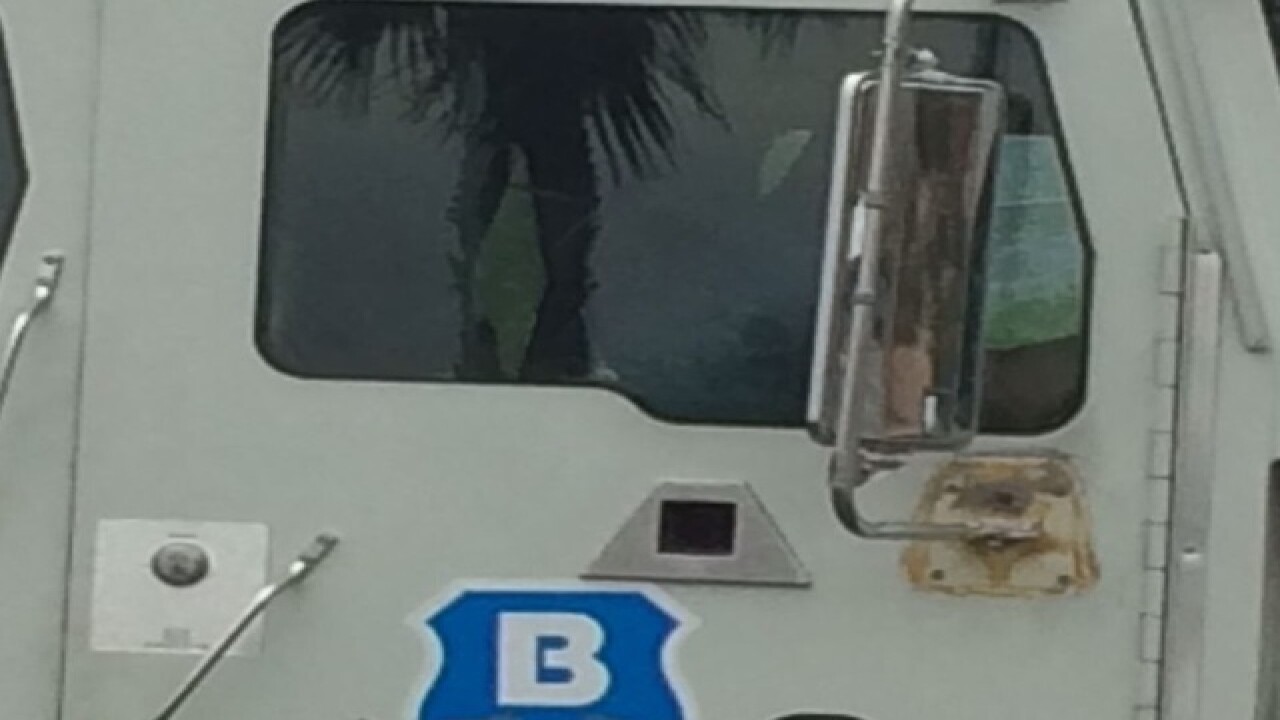 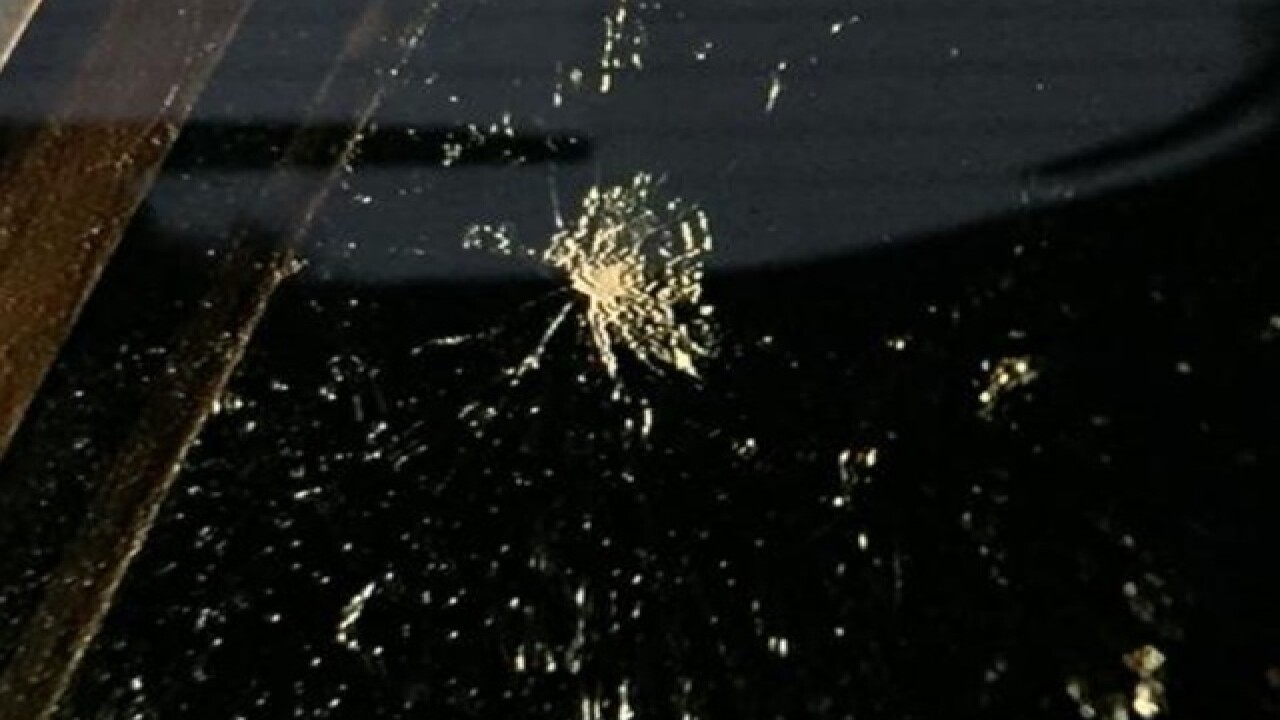 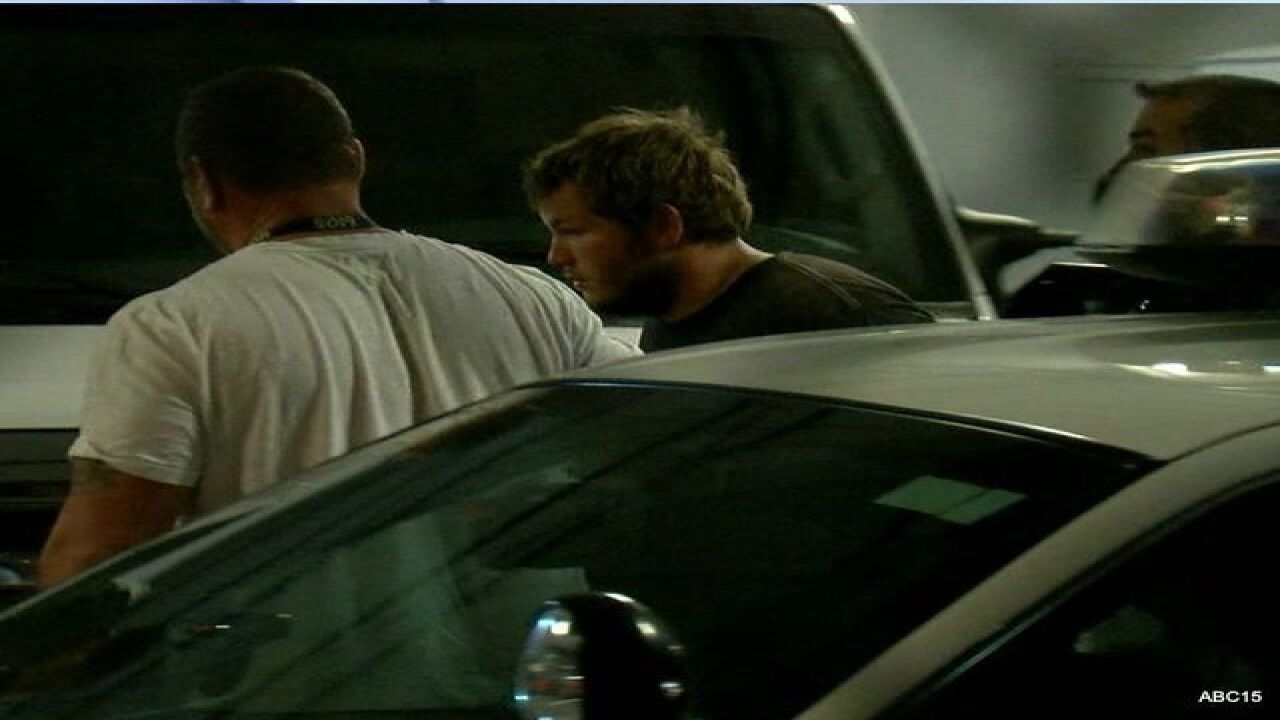 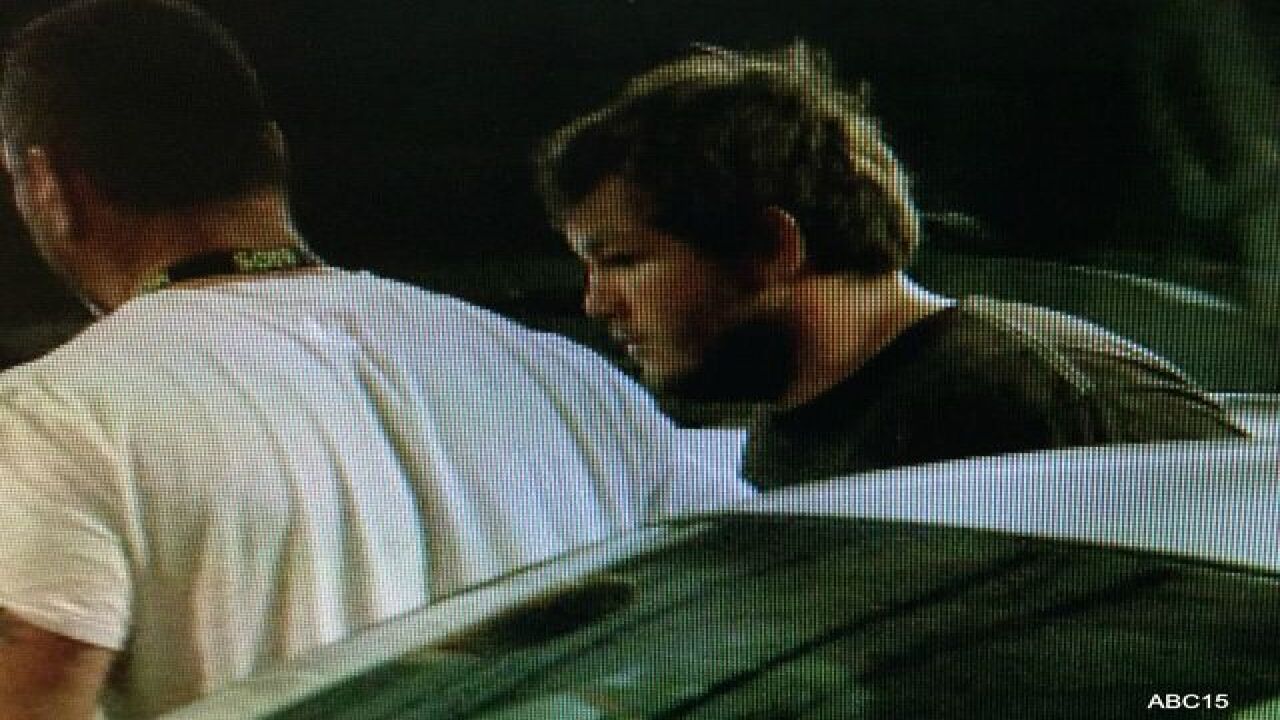 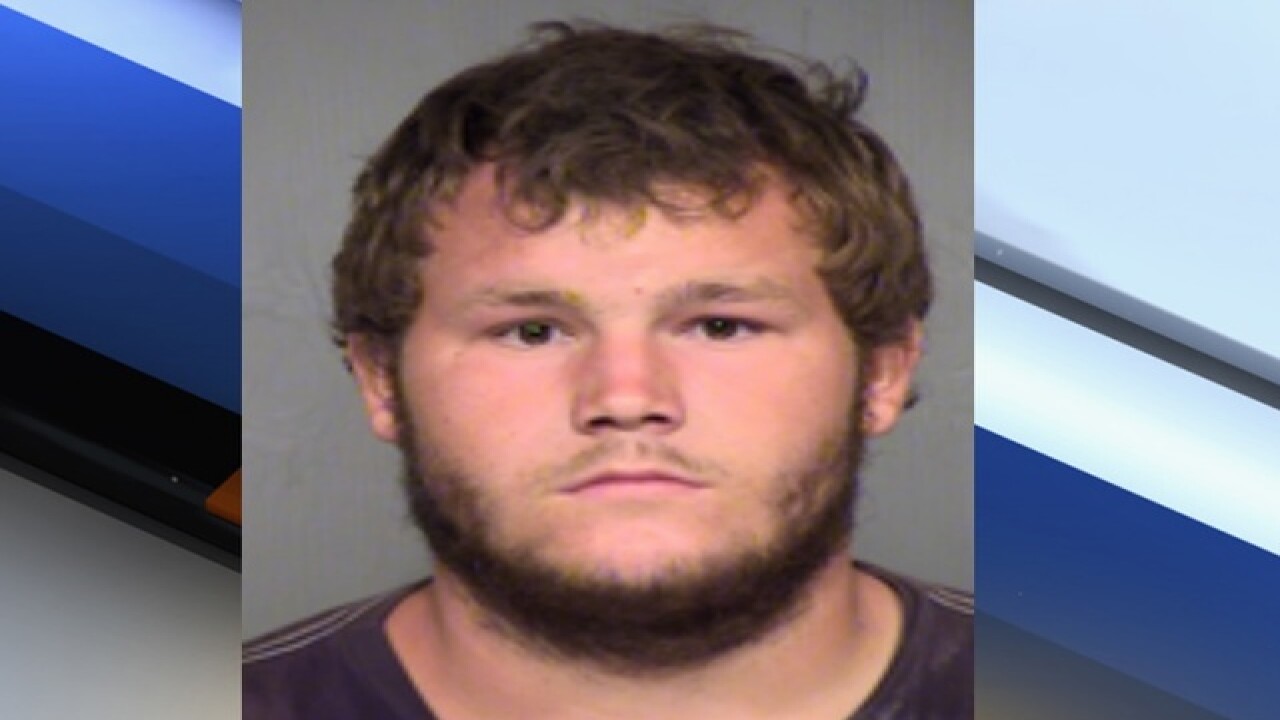 A suspect was arrested Friday in a string of shootings that have kept drivers on edge for weeks as vehicles were struck with seemingly random gunfire as they drove down Phoenix freeways.

SPECIAL SECTION: Latest on the investigation into the freeway shootings

Twenty-one-year-old Leslie Merritt, Jr. was arrested at a Walmart in Glendale at about 7 p.m., said Daniel Scarpinato, a spokesman for Gov. Doug Ducey.

Eyewitness Joey Bennett was walking out of Walmart, not knowing the man walking next to him was the shooting suspect.  Bennett watched as police swarmed him.

"Out of nowhere, this cop comes out and he has (a rifle) pointed at (the suspect), and he's like 'get on the ground!'" Bennett said.

The suspect dropped his bags and did not say anything as police closed in, Bennett said.

"He almost seemed kind of surprised, but he was really calm about it... he didn't run, he didn't flinch, he just got down right away," Bennett said

Officials say Merritt, Jr. was with a woman and 5-year-old child outside the store and he was the only one taken into custody.

Department of Public Safety Director Frank Milstead announced the arrest at a news conference two hours later, saying a suspect was arrested in four of the 11 shootings. He said the investigation continues.

"Are there others out there? Are there copycats? That is possible," Milstead said.

Milstead said the suspect was arrested in the first four shootings, which took place on Aug. 29 and 30. The agency says the man faces a range of charges that include criminal endangerment, assault and unlawful discharge of a firearm. Milstead has previously called the incidents "domestic terrorism crimes."

"We got him!" Ducey tweeted. "Great work by Arizona DPS investigators and SWAT team."

BREAKING: We got him! DPS SWAT team is in custody of the individual suspected of I-10 shootings. Apprehended moments ago.

Since Aug. 29, there have been 11 confirmed shootings of vehicles in the Phoenix area involving bullets or other projectiles. Most occurred along Interstate 10, a major route through the city. The Walmart where the suspect was arrested is 6 miles north of where some of the shootings on I-10 occurred.

There have been no serious injuries, though a 13-year-old girl's ear was cut by glass after a bullet shattered a window of a vehicle she was riding in.

There has not been a confirmed shooting in the case since Sept. 10.

The shootings have prompted several school districts to keep their buses off freeways, and some motorists have altered their commutes to avoid driving I-10.

Authorities offered a $50,000 reward for information leading to an arrest and conviction in the case. They distributed thousands of fliers in neighborhoods along the freeway this week to raise awareness about the shootings and the reward, but they have been tight-lipped about any details in the case.

The Arizona Department of Public Safety said state troopers have stepped up patrols, while other agencies assisting in the investigation have included Phoenix, Tempe and Mesa police as well as the FBI and the federal Bureau of Alcohol, Tobacco, Firearms and Explosives.

"I think it's fair to say since a week ago, we've made headway in this case," Department of Public Safety spokesman Bart Graves said earlier Friday.

Meanwhile Friday, a judge ordered the release of a 19-year-old Oscar De La Torrez Munoz who was detained at a convenience store on Sept. 11 and questioned regarding the shootings. Authorities have declined to explain why the man was questioned about the shootings, but they have said he was not a prime suspect.

He was arrested on an alleged probation violation stemming from marijuana found in the man's house during a Sept. 11 search based on a tip that he was violating probation by possessing a gun. The man had been sentenced to probation on an endangerment conviction for excessive speeding and fleeing from police.

Three young men were arrested and accused of hurling rocks at cars with slingshots in a case that authorities called a copycat to the shootings, but one of the young men denied in jail interviews that was the case.