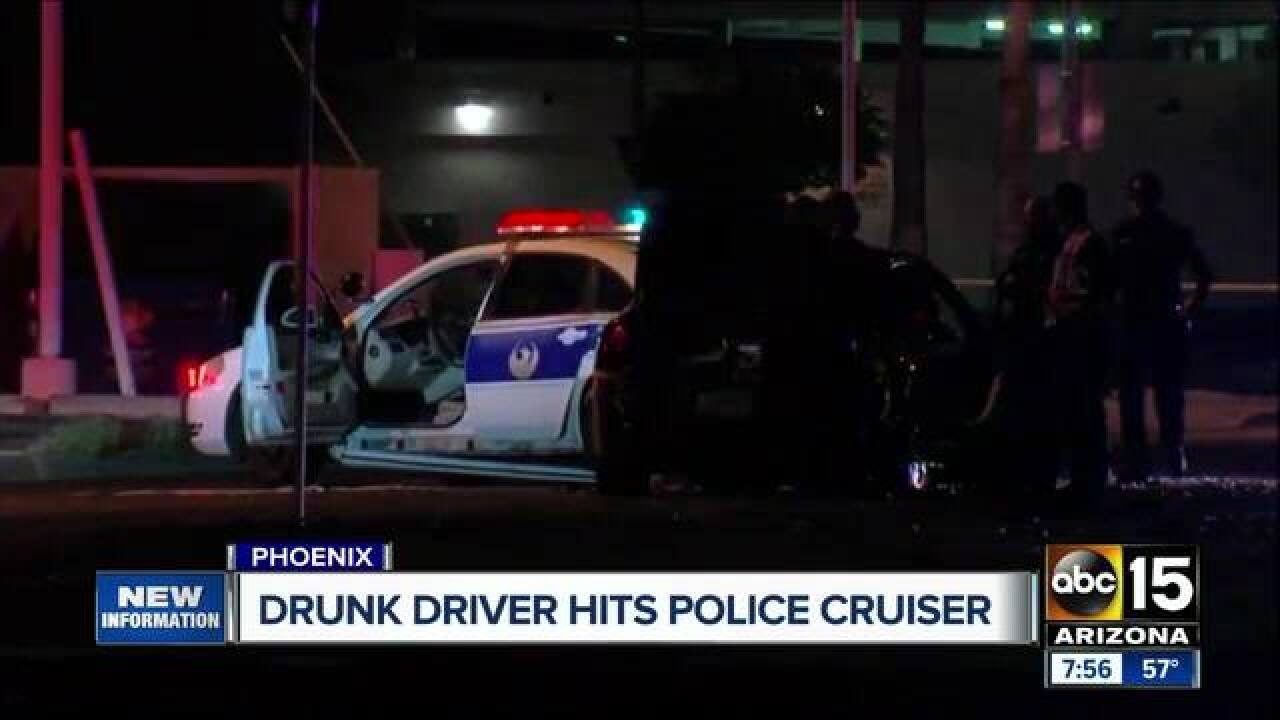 A driver is in custody for DUI after allegedly rear-ending a Phoenix police cruiser on Sunday morning.

According to the Phoenix Police Department, around 3:30 a.m. two officers were seated in their patrol vehicle near 26th Avenue and Bethany Home Road investigating an unrelated collision when they were rear-ended.

Police say the driver was detained as officers observed signs of impairment.

Both of the officers involved in the collision were taken to the hospital for minor injuries.

The driver was processed and will be booked for DUI, police said.