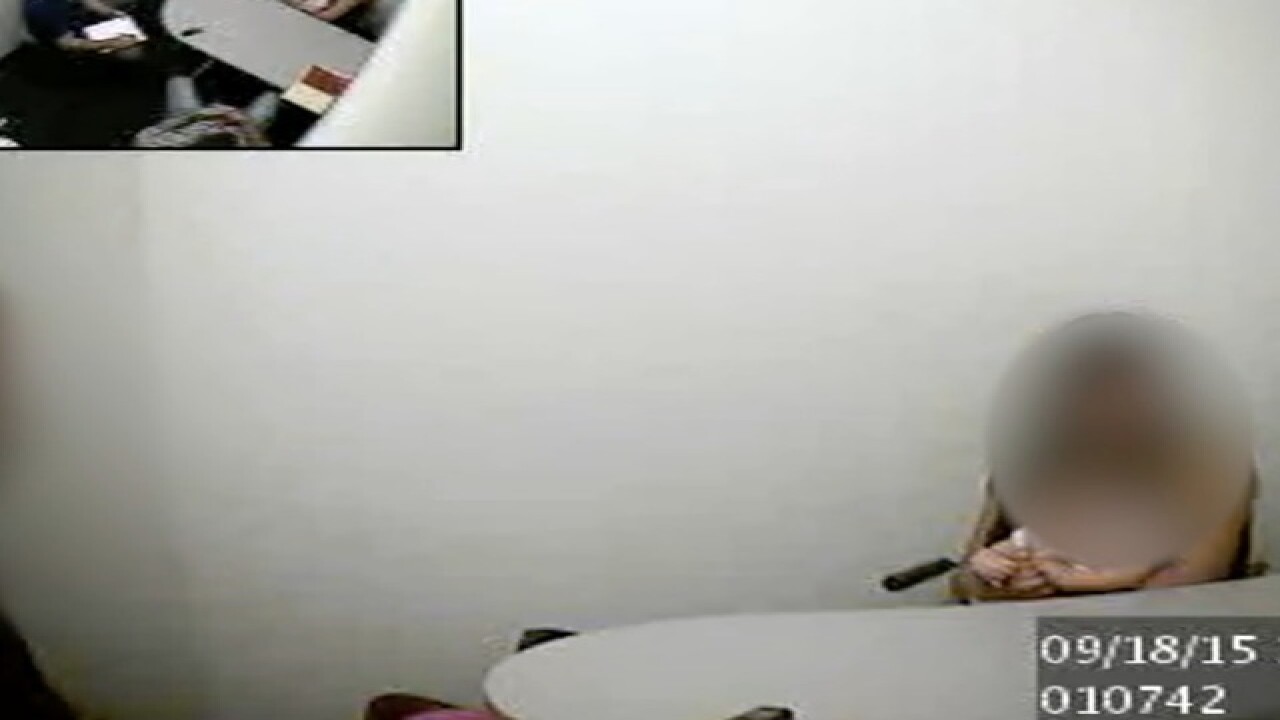 For the first time, we are getting a glimpse inside one of the biggest criminal investigations in the Valley this year.

ABC15 was able to obtain the interrogation video of Leslie Merritt’s fiancée. The interrogation happened during the time Merritt was arrested for four of the eleven freeway shootings.

The video includes the DPS tactics, including detectives lying to Merritt’s fiancée to see what information they can obtain from her.

ABC15 is not showing Merritt’s fiancée because she has never been charged in the freeway shootings.

Keep in mind, as you watch the video, what the detectives are doing is not illegal. They are lying to her, attempting for her to crack.

Several times, DPS says they have video of the freeway shootings incidents. Merritt’s fiancée asks the detectives to show her the photos or video of the incidents but they never show her.

DPS Director Frank Milstead has even said publicly they looked at Arizona Department of Transportation video to identify the shooter. However, ADOT does not record video on Valley freeways.

Merritt’s fiancée did admit to one thing in the interrogation. She said the same gun that DPS believes was involved in the shootings was indeed pawned before. The family pawned it for baby formula.

Merritt and his other family members have not been charged with domestic terrorism. As for Leslie Merritt, all charges have been dismissed, he is back at work and is suing several agencies involved in his arrest.

ABC15 reached out to DPS to comment on the video, but they declined to comment on an ongoing investigation. However, Milstead made a statement regarding Merritt on April 29. Milstead told ABC15, “I believe we have enough evidence to develop probable cause to believe (Merritt) is the correct suspect.”

Since Merritt was arrested, DPS has never commented on the seven other shootings that happened in 2015.

RELATED: 30 questions: Have we seen new freeway shootings in Phoenix since Leslie Merritt Jr. was in jail?