DPS director talks concern of wrong-way crashes, how to stop crashes together 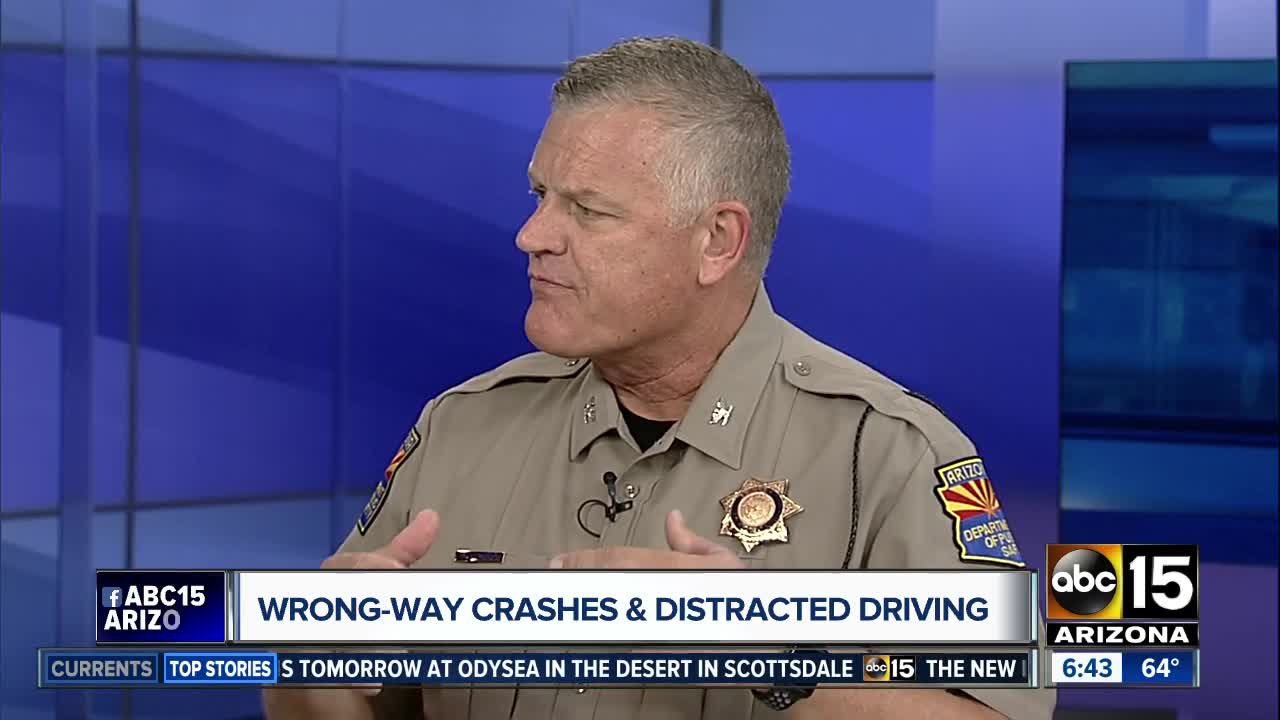 DPS Colonel Frank Milstead talked with ABC15 Mornings about wrong-way crashes, dangers on Arizona roads and his own experience with a distracted driver.

PHOENIX — There’s no doubt that distracted drivers and wrong-way drivers are a problem in Arizona, making our roads more dangerous every day.

Arizona Department of Public Safety Director Colonel Frank Milstead has been the victim of a distracted driver himself.

In March, Milstead says he was sitting at a stop light in Phoenix when another driver crossed the center line, hitting the driver’s side of his car. He suffered hand injuries that have taken several months to heal.

“I got hit at like 30 or 35 miles an hour…imagine a wrong-way driver hitting your car at 65-75, how horrific that collision is,” Milstead tells ABC15.

It’s something DPS troopers and other first responders deal with all the time, even putting their own lives on the line to try to stop wrong-way drivers.

“It doesn’t sit well with me because I know one of these days that could end…in tragedy, as well. I’m very concerned about the safety of those people that I lead and represent.”

Milstead says he has photos in his phone as a reminder of the important work that needs done across Arizona. He thinks Arizonans have become somewhat desensitized to wrong-way crashes and distracted driving because it happens so often.

He says 80 percent of Arizona’s wrong-way drivers are impaired by drugs or alcohol and the average wrong-way driver has a blood-alcohol concentration about two times the legal limit.

Aside from staying out of the driver’s seat while impaired, he believes putting a stop to distracted driving and wrong-way crashes is a "societal thing" we all need to contribute to together.

He says everyone is guilty of using a phone or other device behind the wheel.

“This isn’t something that we’ll enforce our way out of. I really think it’s about compliance…training ourselves not to do it,” he says.

“Anybody who says they’ve never done it, I would question,” Milstead says, admitting that even he tries to use his Apple Carplay features as much as possible. “I’m going through the same process.”

In terms of more advanced driving technology like Apple and Android Carplay in newer cars, Milstead says he’s hopeful that it will help drivers stay safe. He thinks there may even some day be a piece of technology that can sense when a vehicle is traveling in the wrong direction, shutting it down.

“For those who can’t be responsible for themselves, technology will help.”