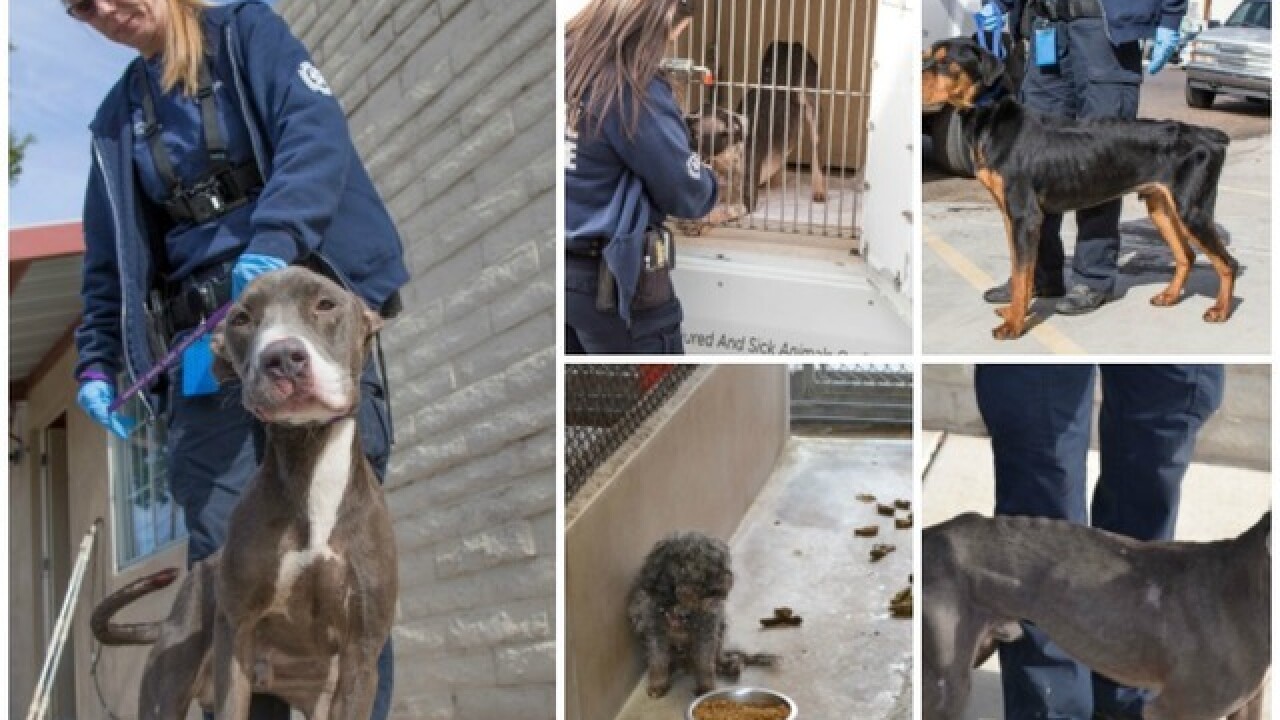 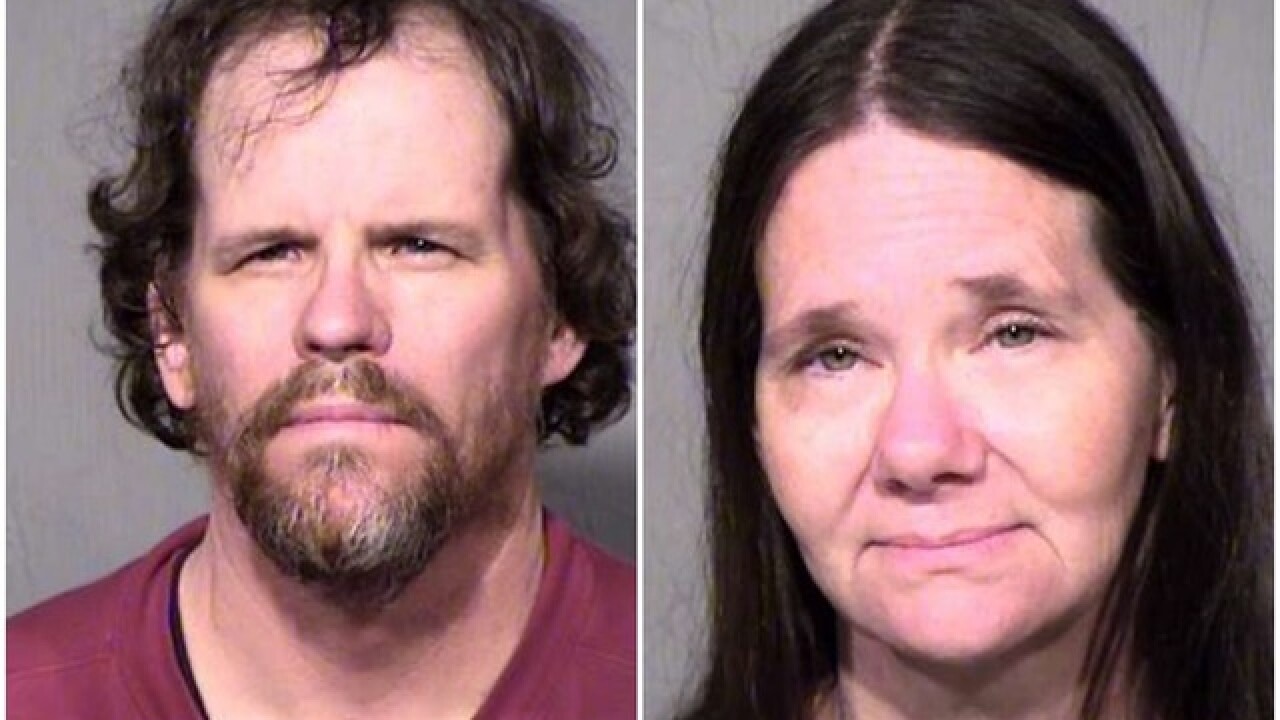 More than 100 animals were seized Thursday morning from a Phoenix boarding facility that was not properly caring for them, according to officials.

Arizona Humane Society officials said 165 animals were removed from Planet Petopia as part of an ongoing investigation. The animals — which included dogs, cats, rabbits, baby tortoises, cockatiels, a rooster and a fish — were taken to another facility for evaluations and will receive medical and rehabilitative care if needed, authorities said.

An additional 52 animals were seized last month from the same facility.

The owners, 49-year-old Barbaraann Whitley and 52-year-old Glen Whitley, were arrested and charged with neglect, failure to provide medical care and hoarding. Additional charges may also be possible.

Phoenix Police Sgt. Alan Pfohl said police are working to determine the exact charges to file against the facility's owner, but it likely would include approximately 50 charges of animal cruelty, and the woman could face jail time.

ABC15 talked exclusively to the owners, Barbaraann and Glen, during a recent interview.

According to Sgt. Pfohl, police were initially alerted to the poor conditions in late January by Arizona Humane Society employees who work at one of the group's offices across the street.

Police first contacted the owner on January 22, when they seized 49 animals and brought them to AHS for treatment. Three more animals were removed on January 25. Once police realized no progress had been made to improve conditions at the facility, they stepped in Thursday to remove the remainder of the animals.

Investigators wore special masks to enter the facility on Thursday and described the smell as being "unbearable." AHS spokeswoman Bretta Nelson described it as: "Kennels with a lot of feces; diarrhea. Animals with open sores and lesions."

Phoenix police say they gave the couple time to improve the facility.

"We came back periodically to see if they were making any process," Sgt. Pfohl said. "Unfortunately, they were not making any progress and we felt it was necessary to step in and seize the animals."

Nelson says it's one of the largest animal seizures AHS has done. Now, they're in desperate need of help. She is asking for people to adopt pets, donate money, foster or volunteer.

"This literally straps the space the Arizona Humane Society has," Nelson said. "We're already caring for hundreds of animals and are looking for people to adopt existing animals."

It was reported that owners looking to get their pets back would be able to request a court hearing, however, AHS said Friday that owners can instead go through AHS.

AHS is asking individual animal owners trying to retrieve their animals to do the following:

Anyone seeking further information is encouraged to contact Detective Krimm at 602-495-7293.