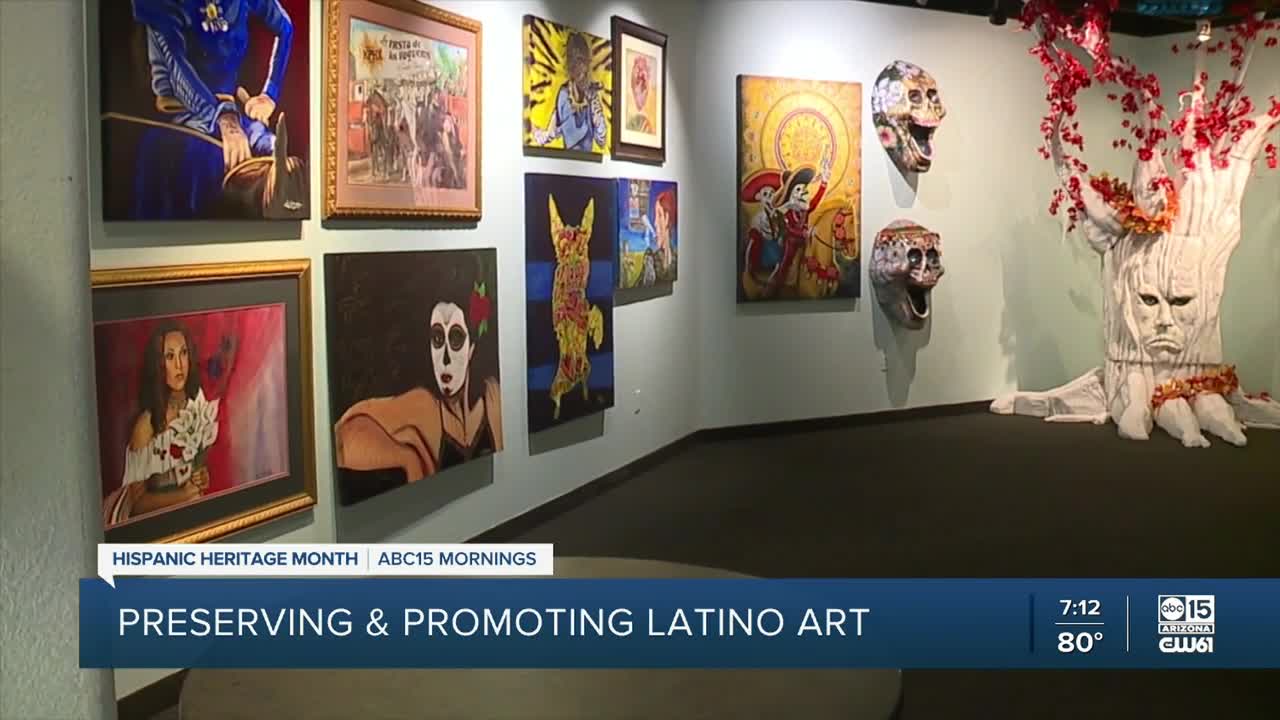 The Arizona Latino Arts and Cultural Center (ALAC) is located near the Hyatt Regency Hotel and the Phoenix Convention Center. It features galleries, a performance stage, and store.

PHOENIX — In the heart of downtown Phoenix, there is a space for amateur and world-renowned Latino artists to share their work with the community.

The Arizona Latino Arts and Cultural Center (ALAC) is located near the Hyatt Regency Hotel and the Phoenix Convention Center. It features galleries, a performance stage, and store.

The cultural center was forced to shut down in March because of COVID-19 concerns. In early June while protesters were marching in downtown Phoenix, the center was broken into by a separate group of people who stole t-shirts, printed art, and original work.

"They took some of our stuff, so we had to have a wall put up...and just now we have it fixed. We had to put the store back together again," said Elizabeth Toledo, Executive Director of ALAC.

For now, the center remains closed, but the staff and artists say they are counting down to reopening day.

ALAC could reopen by the end of September or early October. The center is working on a plan to safely welcome back the community and artists.