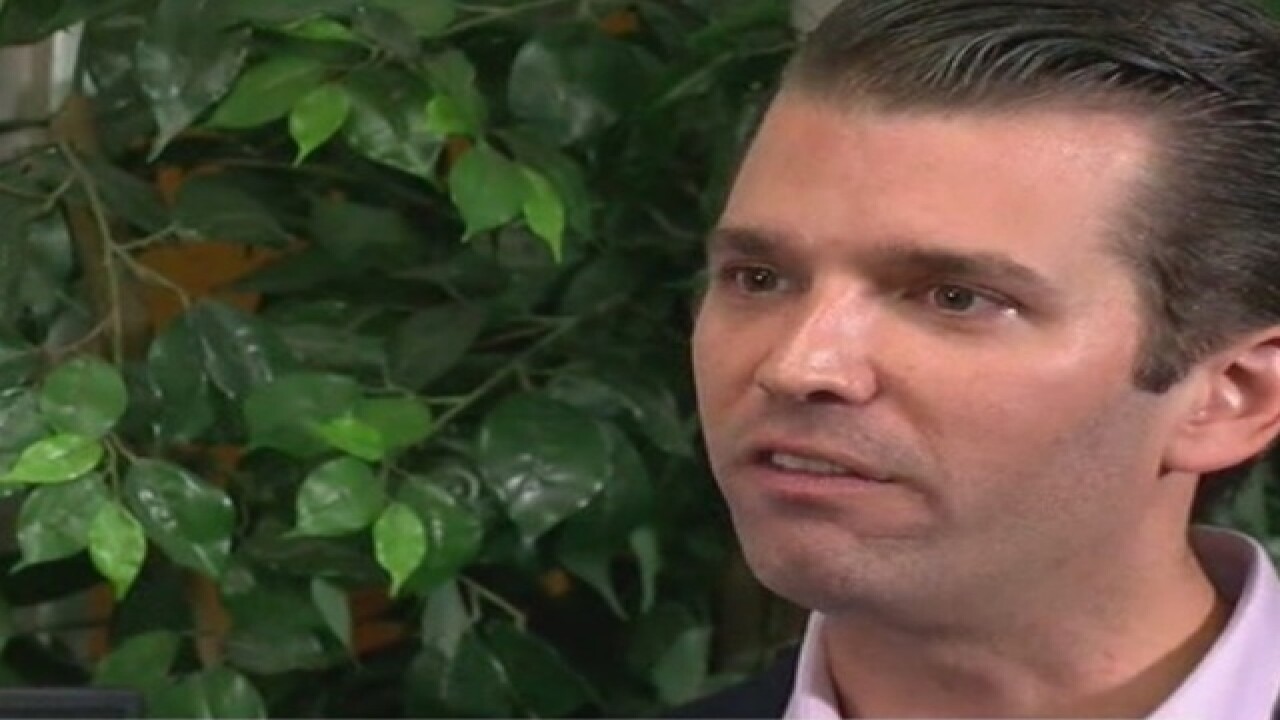 Donald Trump Jr'.s day started in New York at 4 a.m. Tuesday morning, and it'll end in Georgia around 3:30 a.m. In between, Don Trump visited the ASU Tempe campus where he spoke to supporters.

This is what life is like on the campaign trail with only 12 days to go now, where every moment counts.

He also sat down with ABC15 for an exclusive interview Tuesday morning.

We asked him why he doesn't believe the national polls that show his father now trailing Democratic opponent Hillary Clinton.

He said most polls only reach out to people who are considered to be "likely voters" and not first timers, like the ones he's meeting on the campaign trail.

He said there are voters who won't publicly say they're pro-Trump but will vote for him privately on Election Day.

"We're not going to stop until the last minute, we don't do that, we don't quit," he said.

We also asked if he thinks Arizona is a must-win state in the election.

"I don't know that it's a must win, but we want to win it like we want to win all the others, so it is a very critical state for us," Trump Jr. said.