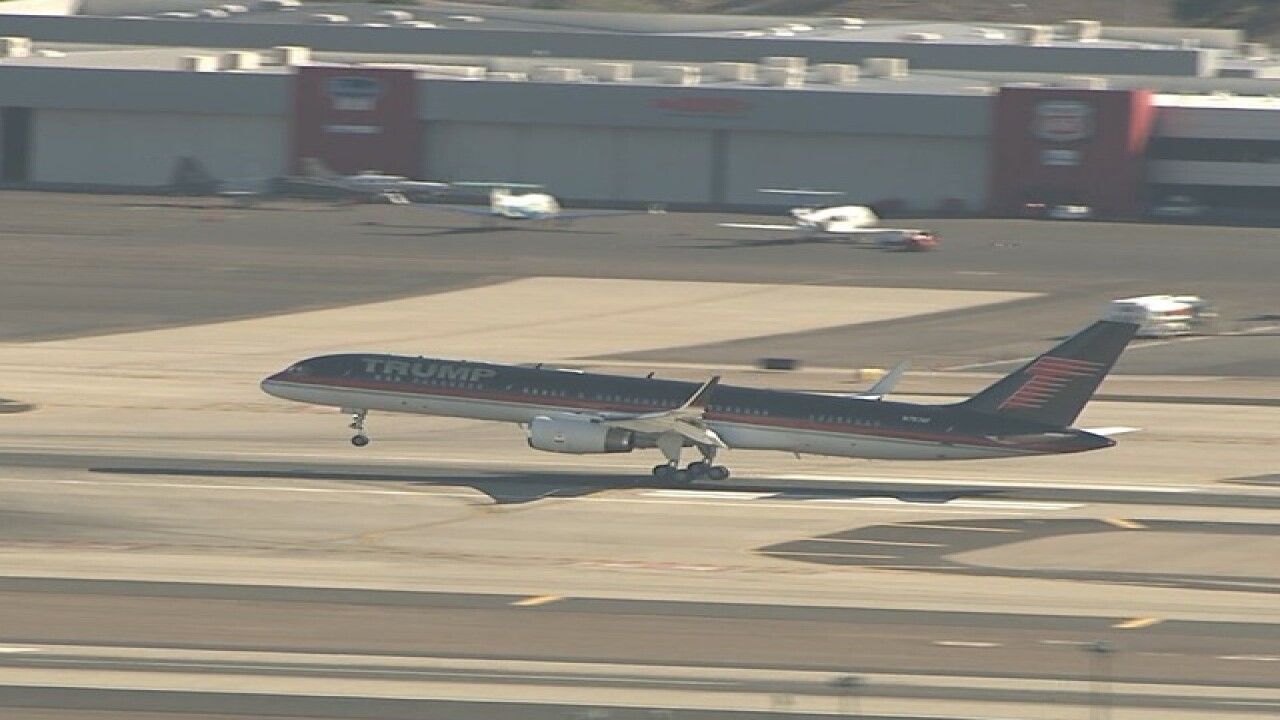 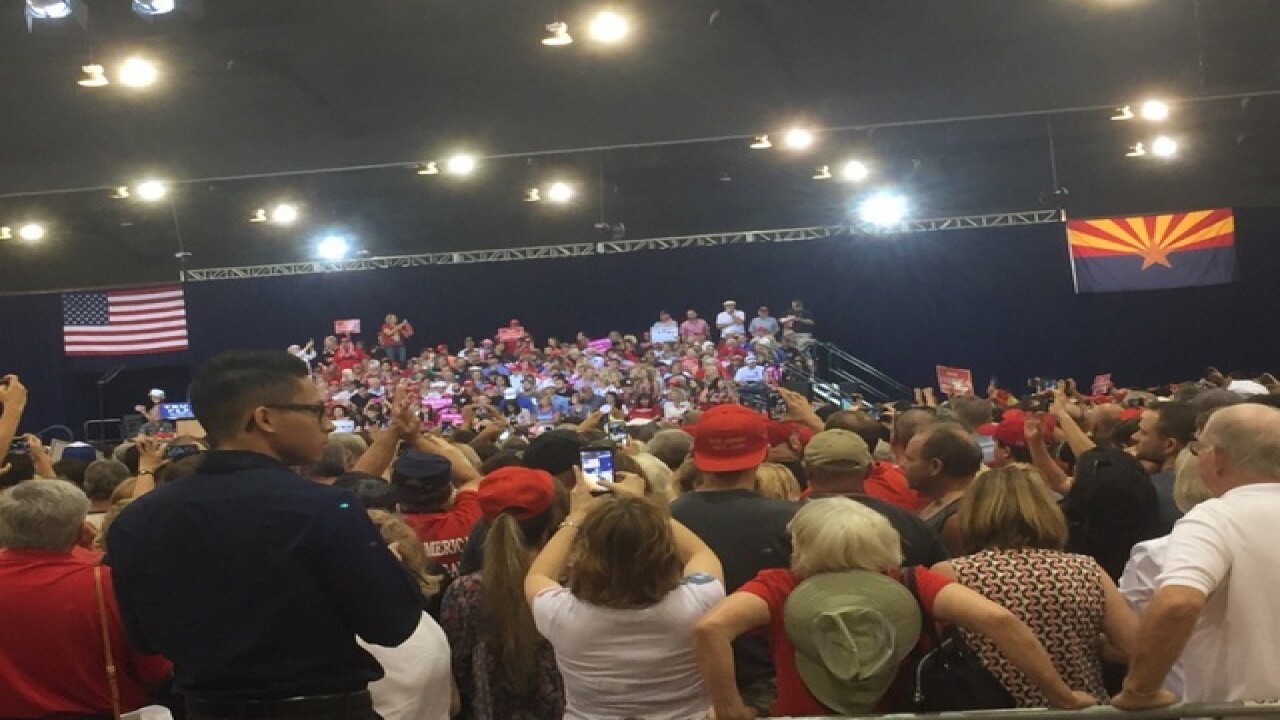 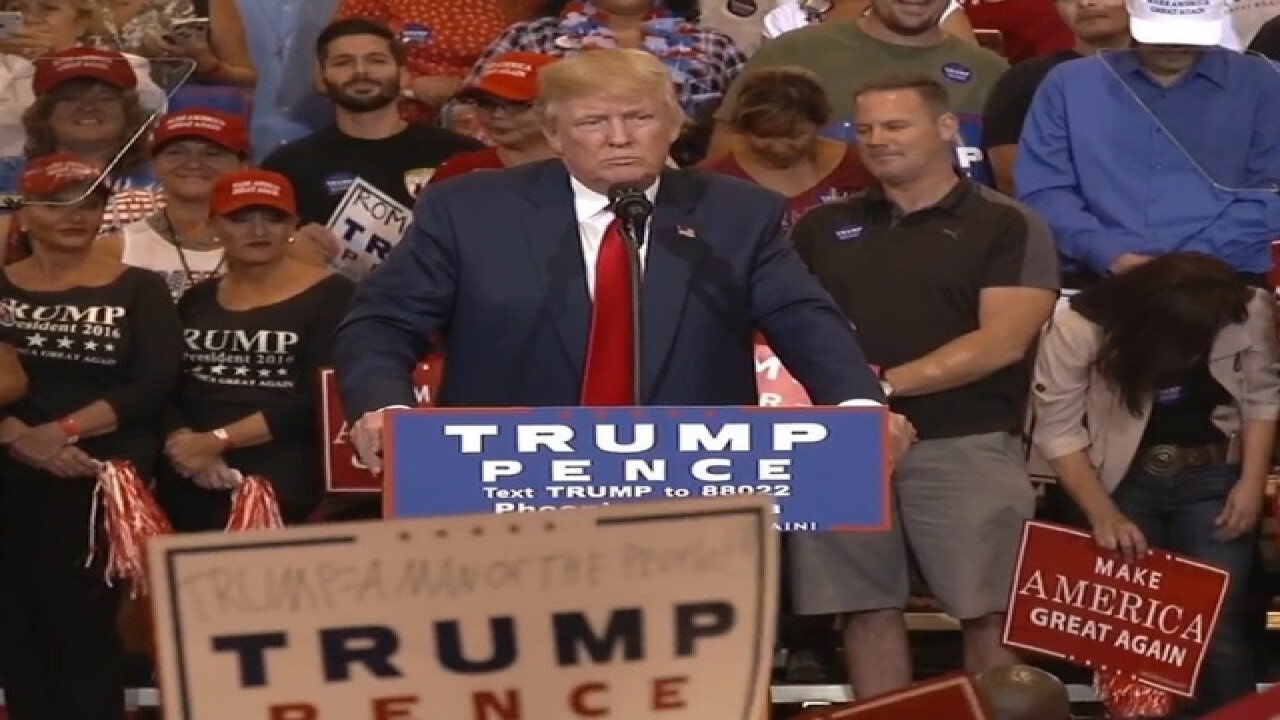 Donald Trump returned to Phoenix Saturday afternoon, marking his seventh stop in the Valley during his campaign.

His plane touched down at Sky Harbor International Airport around 2:45 p.m., with Trump taking the stage at the Phoenix Convention Center at 4 p.m.

Just like that, @realDonaldTrump has landed @PHXSkyHarbor. His rally is set to start @PhoenixConvCtr at 3 p.m. #abc15 pic.twitter.com/Yp2iGr0A4t

Sheriff Joe Arpaio and former Arizona Gov. Jan Brewer were among the speakers to hit the stage ahead of the Republican nominee himself. Right before Trump took the stage, Carl Mueller, whose daughter Kayla was captured by ISIS and was killed in 2015, addressed those in attendance.

Trump took time to touch on Obamacare and its effects on Arizona, as well as Friday's news of a new FBI investigation into Hillary Clinton's emails.

The GOP presidential nominee said there was "a lot of trickery" surrounding the case, and accused the Department of Justice of trying to protect Clinton.

The two recurring crowd chants at the #TrumpinAz rally:

Officials with the City of Phoenix said 6,698 people attended the rally. The room's capacity is 10,000, according to a city spokesperson.

The Saturday event came on the heels of Trump's son stumping for the campaign Thursday at Arizona State University.

See a map of Trump's Valley visits below.