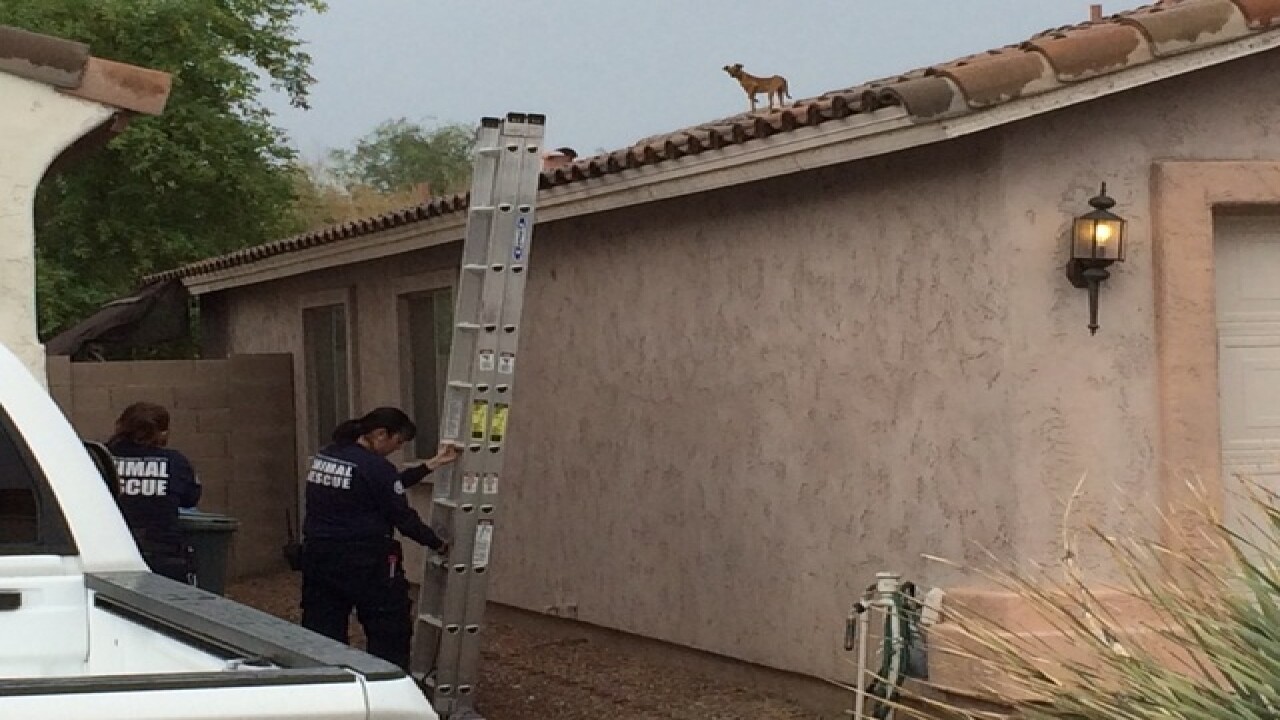 A dog down on his luck is now down from a roof thanks to Valley animal organizations.

According to Maricopa County Animal Care and Control, officers responded to a home near 7th and Southern avenues in Phoenix on Thursday morning.

A homeowner reported that a dog had been stuck on top of a neighbor's roof since Sunday, but they were able to give him food and water.

“There was a dog hanging over the edge and it was whimpering,” said the homeowner Gregory Dorr. “It was very scared, very hungry and very timid.”

Dorr couldn't get up on the roof himself because of back problems, but could peek over the edge to see the dog.

“I was worried if I got him down, I would melt and take him home,” said Dorr.

Dorr called Animal Control to check it out.

It took a few days of back and forth phone calls between agencies to figure out who could get the pup down, but Dorr fed and watered him the entire time.

Everyone was curious about how Roofus was able to climb up.

“Maybe something scared him and he scrambled up those trees and that shade structure,” said Melissa Gable with Maricopa County Animal Care and Control. “It's really kind of a mystery.”

With the help of Arizona Humane Society, officers safely got the dog down and to MCACC's West Valley Animal Care Center.

Officials say the people who lived at the house with the dog on the roof were not home at the time of the rescue.

The dog, a Chihuahua mix, is estimated to be around 3 years old. He is currently on stray hold and no owners have come forward yet.

Nicknamed "Rufus" after he was was stuck on a roof for several days in #phoenix - this pup is ready for a home #abc15 pic.twitter.com/FNmP2irjEE

“The dog will never remember me but maybe if I saw him he would lick my face and it would all be worth it,” said Dorr.

“Just a timid little guy, but I think once he's comfortable, he will come out of his shell right away,” said Gable.