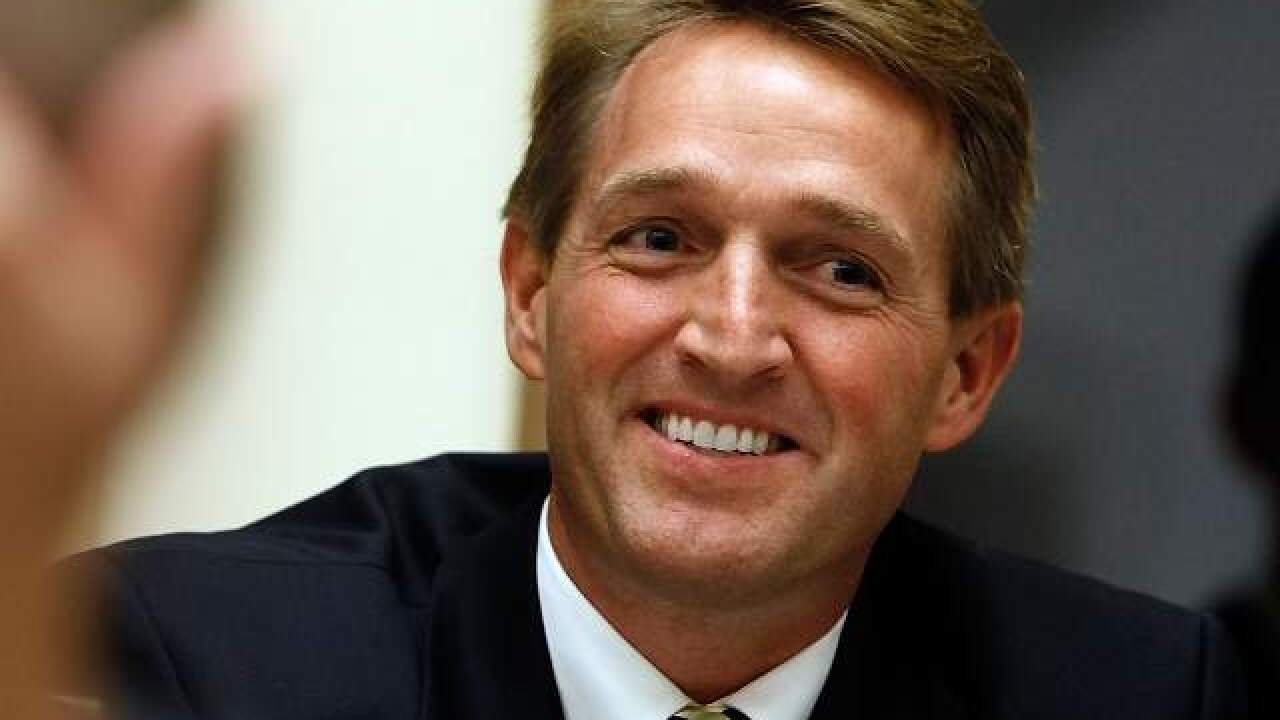 Protesters with a range of physical disabilities are spending Wednesday at Arizona Senator Jeff Flake's Phoenix office hoping to sway his vote on the health care bill.

Organizers said about 20 protesters in wheelchairs and power chairs attended. They say they hope to learn Flake's stance on the bill that aims to repeal Obamacare.

A spokeswoman for Flake said the Republican senator is spending the week with family following his father's funeral and that he wrote a note the protesters.

The note says he hasn't seen a revised version of the bill and that his decision will be based on whether currently-insured people will "not have the rug pulled out from under them" and whether it is fiscally sustainable.

The protesters were members of ADAPT, a national group of disability rights activists.