Dillard's to close its store at Paradise Valley Mall 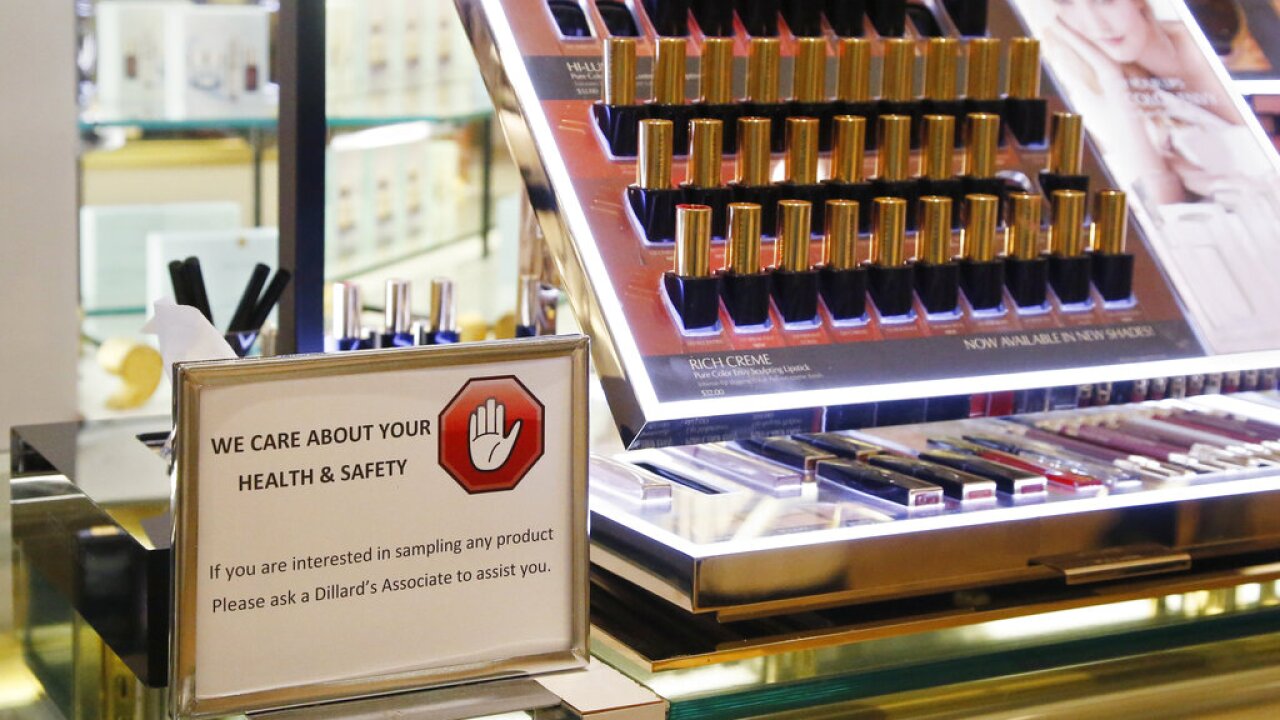 Sue Ogrocki/AP
A sign concerning cosmetic samples is pictured at Dillard's at Penn Square Mall Friday, May 8, 2020, in Oklahoma City, the fourth day the store has been open since temporarily closing due to coronavirus concerns. (AP Photo/Sue Ogrocki)

PHOENIX — Paradise Valley Mall is losing one of its anchor tenants.

Dillard’s, the Arkansas-based department store, will close its 200,000-square-foot store at Paradise Valley mall, according to Julie Johnson Guymon, corporate spokesperson for Dillard’s.

The store is expected to close by the end of the year, she said.

The closure was also confirmed during Dillard's most recent quarterly earnings update.

Guymon did not specify why that location would close but said the company was working with its associates to relocate them to other stores.

Dillard’s has seven stores in the Phoenix area and a total of fifteen in the state, not including the Paradise Valley location, according to its website.

Guyson said she was not aware of any other closures in Arizona and no additional closures were part of Dillard’s quarterly earnings report.

It is the second anchor tenant to close at Paradise Valley mall within the last two years.

Sears announced in 2018 that it would close hundreds of stores across the country, including its location at Paradise Valley Mall, after filing for bankruptcy.

Chompie’s, a well-known New York deli, bakery, and restaurant in Arizona, will close its restaurant at the mall in April 2021 and relocate to a larger space near 32nd Street and Cactus Road, said Oren Molovinsky, of Chompie's.

Macerich, who owns Paradise Valley Mall and several other shopping centers and malls in the state, described the mall as a "redevelopment mall" in past years, but has not yet announced any redevelopment plans.

“Redevelopment takes time due to a lot of pieces needing to fall into place. This is a great property and we are excited for what the future holds,” a spokesperson told ABC15 in 2019.

ABC15 reached out to Macerich to see if any potential plans were in the works.

In September, Macerich reportedly told Phoenix radio station, KJZZ, that it continues to review possible redevelopment of the mall.