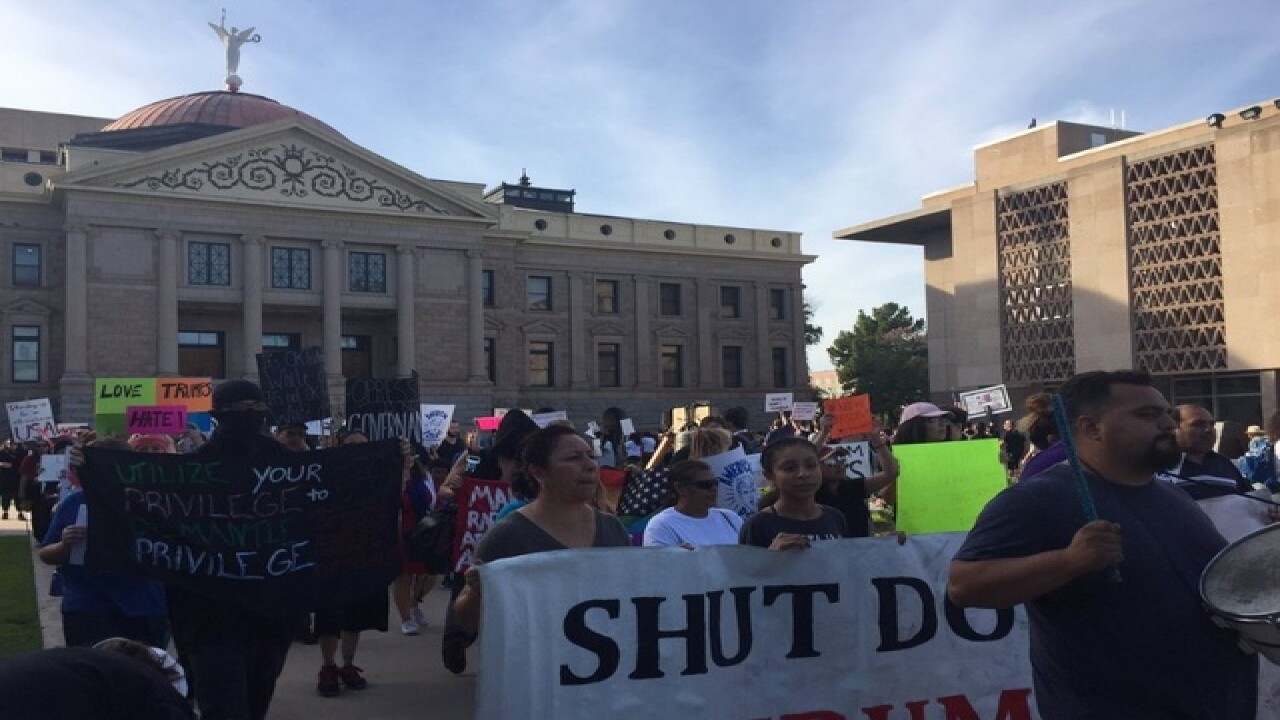 Protestors in Arizona are continuing to voice opposition against President-elect Donald Trump.

For the fourth day in a row, hundreds of demonstrators hit the streets to attend hours-long marches in Phoenix and Tempe.

Strangers coming together to share their thoughts post-election. pic.twitter.com/EiMKWsuwvX

In Phoenix, some anti-protestors showed up to the events and were heard shouting, “Shame on you for thinking a woman could even be president.”

About 200 protestors against Trump at state Capitol. Anti-protestor shouting "shame on you for thinking a woman could even be president." pic.twitter.com/jp1E4SZB4M

Last week, hundreds of Phoenix students walked out of the classrooms to protest Trump’s election victory. School officials said students who participated in the anti-Trump protests may face punishment through the district’s absentee policy.