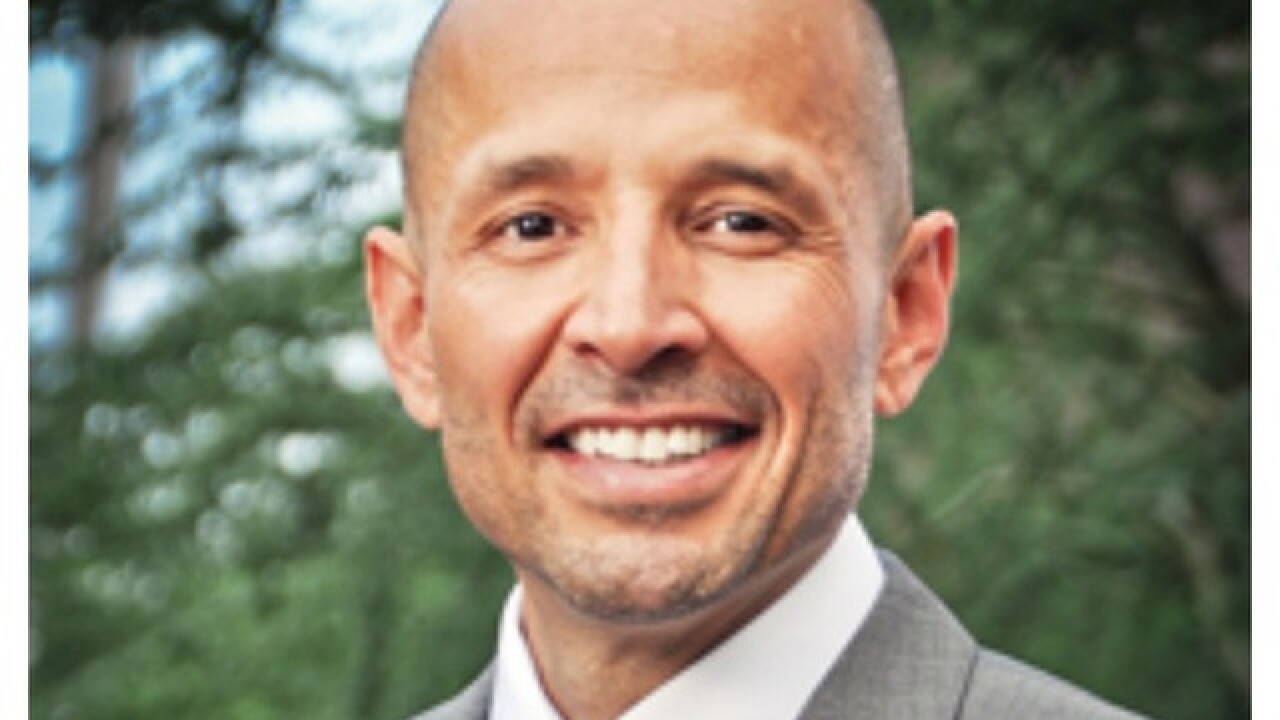 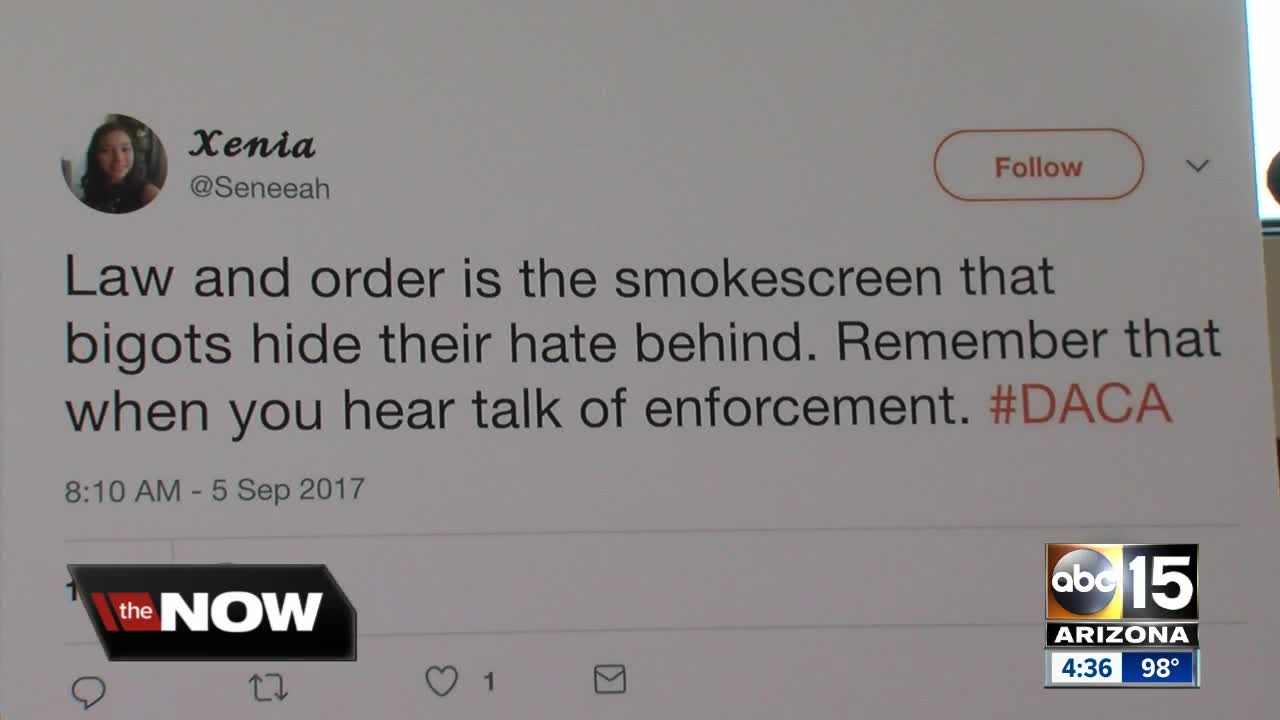 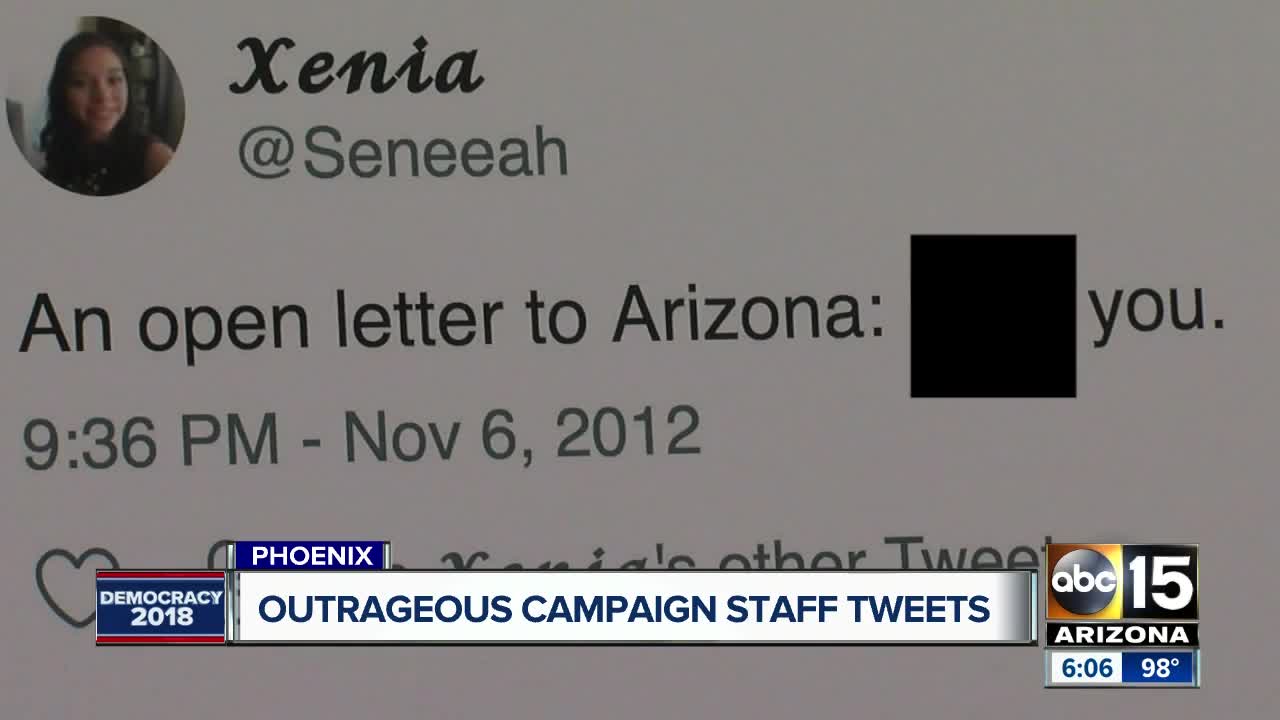 Arizona Police Association executive director Joe Clure condemned some of the tweets as "anti-police rhetoric." He also called on Garcia to "denounce this attack on police officers."

Garcia, an education professor and military veteran, is running in a three-way primary against state Sen. Steve Farley and activist Kelly Fryer. The candidates appeared on KPNX-TV Friday morning, where Garcia emphasized that the tweets were from a personal account. His campaign also released a statement distancing itself from the remarks.

"The language and the message of the tweets are not in line with the values and message of our campaign," the statement said.

Clure said he was concerned anti-police language in the political forum can inflame violence against law enforcement.

"Campaign staffers at this level are a reflection of the candidate," Clure said.

One of the tweets used a three-letter hashtag that Clure claimed indicated an anti-law enforcement stance.

Another cursed Arizona the night of the 2012 general election, when the state's electoral votes went to Republican candidate Mitt Romney.

"They encourage people to call CPS on my children," Stockton said. "So if all they get is an F-bomb, they should consider themselves lucky."

A local political consultant questioned whether Stockton should be fired for using the profanity and was called a "[expletive] coward."

"He has to know those tweets are reflected on his candidate, and I don't know why you expect to keep a job after a single one of those," Constantin Querard from Grassroots Partners said.

Stockton said he still has his job and the blessing of his boss.

"The sheriff completely understands that we don't have to take people's abuse online," Stockton said.