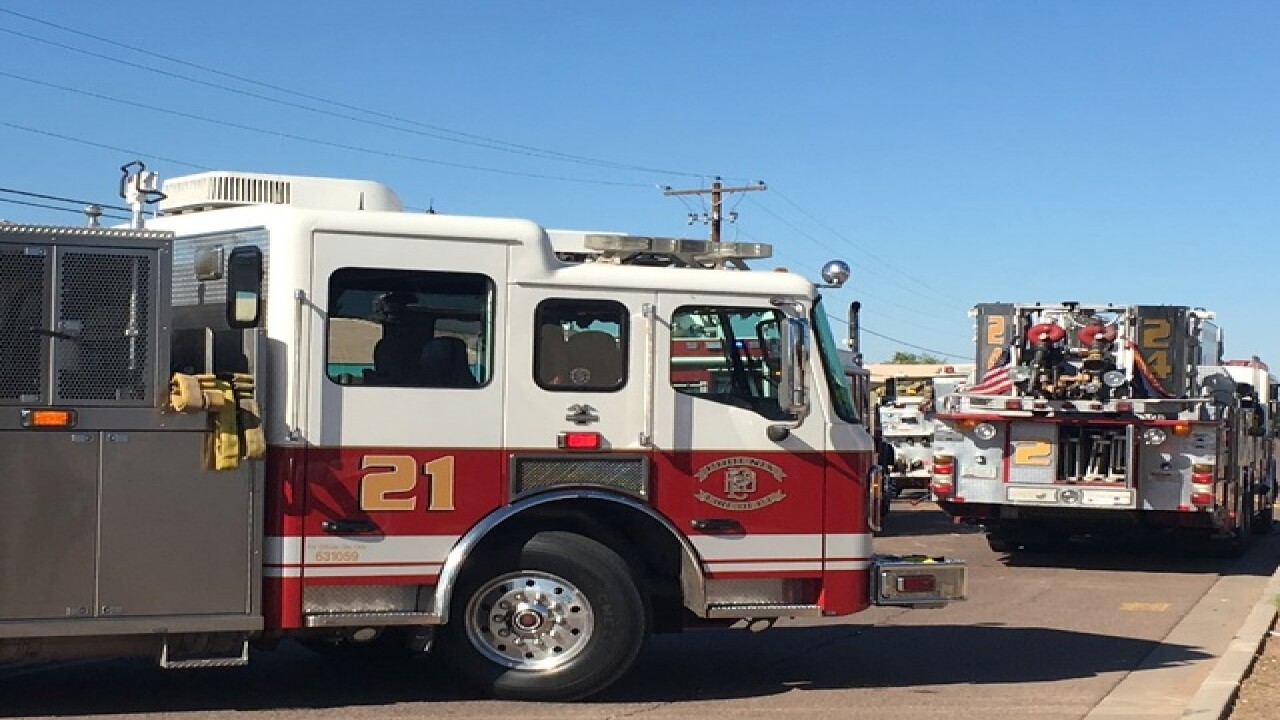 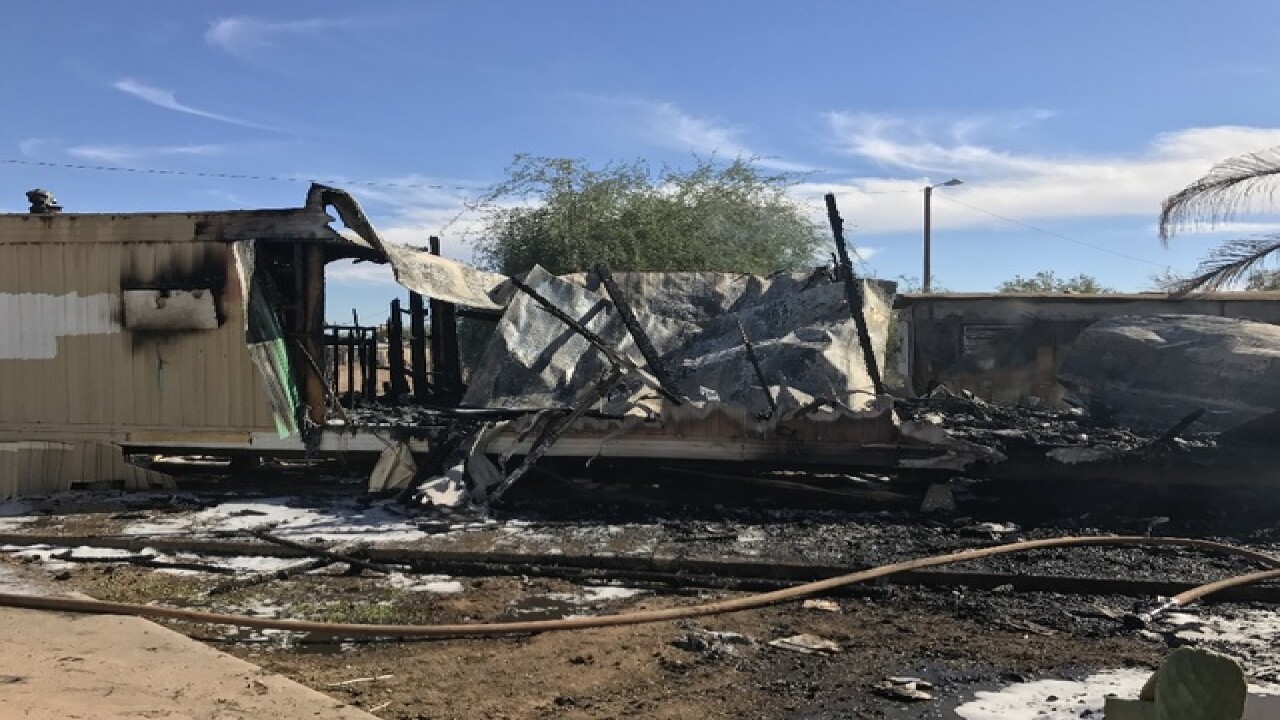 Fire says three homes total caught fire and no one was injured.

At least 3 mobile homes hit with flames near Van Buren & 41st Ave. Waiting to see if any/some were occupied at the time of the blaze. #abc15 pic.twitter.com/RGIKaohM8i