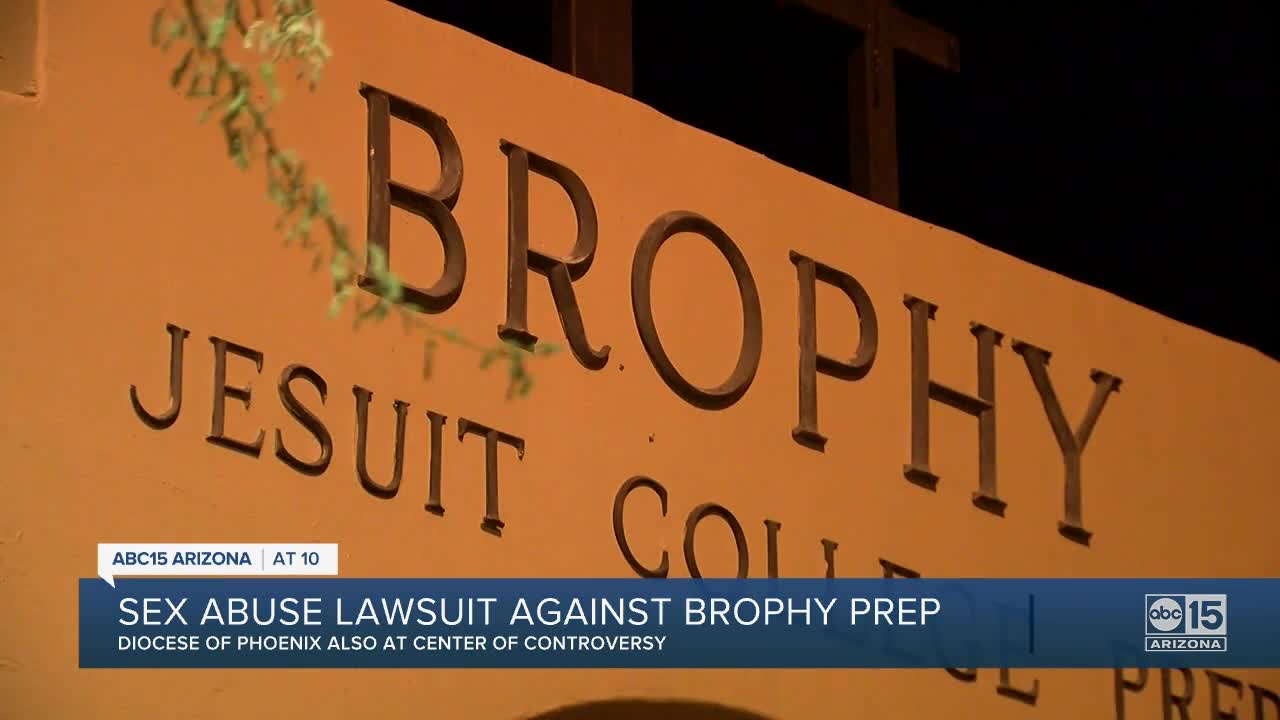 Diocese of Phoenix also at center of controversy. 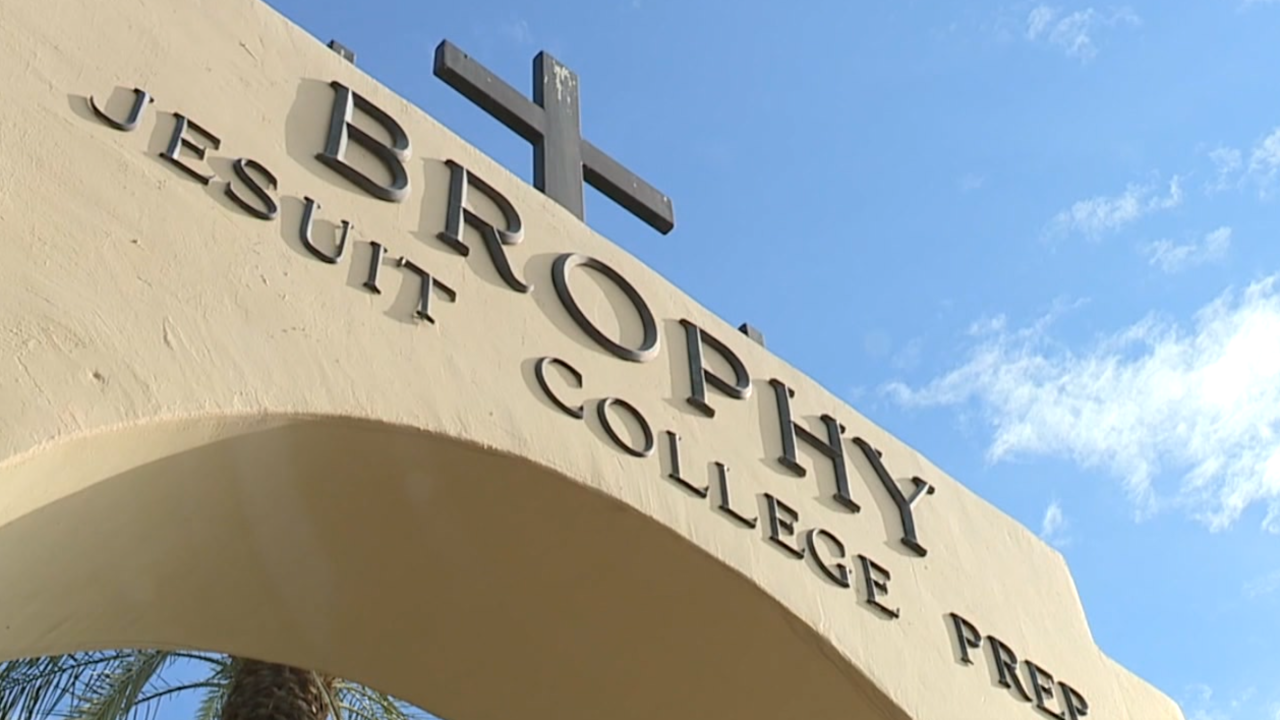 PHOENIX — A sexual abuse lawsuit has been filed against the Diocese of Phoenix and Brophy College Preparatory in Phoenix.

In a statement released Tuesday, a Valley law firm confirms a man, identified as John RK Doe, filed a suit alleging Father James Sinnerud sexually abused him while he was a student at the school in the late 1980s.

Fr. Sinnerud, a Jesuit priest, worked as a teacher and coach at the school between 1980-1987. Attorneys say it is unclear if Fr. Sinnerud left or was removed by Church or Brophy officials.

The lawsuit was made possible by the Arizona Child Victim’s Act that extends the time limit for sexual abuse survivors to bring lawsuits against alleged perpetrators. The law gives survivors until December 30, 2020 to bring lawsuits in cases that were previously barred by the statute of limitations, no matter when the abuse occurred.

"The trauma caused by child sexual abuse doesn't just go away," said Robert Pastor, one of the attorneys filing the suit.

According to the release, this is not the first time Sinnerud has been publicly identified as a perpetrator of child sexual abuse in Arizona.

"He used his position as a teacher and priest to groom [the student] and to engage in sexual acts with [the boy] on campus," said Pastor.

Father Sinnerud has not been charged criminally, and he has not lived in the Valley for decades.

He went on to teach at Creighton Prep, a Jesuit School in Omaha (NE), from 1987 until his retirement in 2008. In 2018, Creighton Prep officials announced they removed Fr. Sinnerud due to sexual abuse allegations in his past.

It is unclear if those allegations are related to the Brophy student or another unrelated alleged victim.

In 2019, the law firm Jeff Anderson and Associates released a 65-page report regarding sexual abuse at the Diocese of Phoenix, which included pictures and bios of accused priests.

"I'm Catholic. I went to Brophy. if they are not going to do the job. I will do it for them," said Pastor.

Former Maricopa County Attorney Rick Romley took on the Diocese back in 2002.

"I was able to hold the Catholic church somewhat accountable. The bishop himself acknowledged that he had been transferring the priests around," said Romley. "But it was very, very difficult...It went all the way to Rome. It was not exactly an easy process."

Pastor says even though Fr. Sinnerud is no longer teacher and is 82 years old, these lawsuits are about giving the victims a voice and sending a message to the institutions.

"These lawsuits are designed, in part, to identify perpetrators who may be harming our children. It’s also designed to send a message to these institutions that we are no longer going to allow you to cover up child sexual abuse. And if you do, you’re going to pay for it," said Pastor.

While there have been positive changes in the Catholic church following the sexual abuse scandals that rocked the religious organization, Romley says they cannot get complacent.

"I hope they keep their eye on the ball because it did lasting damage," said Romley.

In December of 2018, a report was released showing credible accusations of sexual abuse against eight Jesuit priests who have at one time worked at Brophy Prep

Of the claims in the report, only allegations against Colosimo, made between 1957-1959, appear to have coincided with the time he served at Brophy, from 1955-1960.

All Jesuit priests are assigned to Brophy through Jesuits West, which used to be called the California Province of the Society of Jesus, and which encompasses 10 states.

The Diocese of Phoenix is aware of the lawsuit filed in connection to Father James Sinnerud, a Jesuit priest who taught at Brophy College Preparatory in the 1980s. Because this is a pending litigation matter, we are not able to comment further. The Diocese of Phoenix encourages anyone who has been a victim or who may have information about abuse to call a local law enforcement agency. We pray for all those who have been harmed by childhood abuse and remain vigilant to protect the dignity of every person.

"Brophy College Preparatory is profoundly saddened to acknowledge that on September 22, 2020, we were informed via lawsuit of allegations of abuse against Fr. James A. Sinnerud, SJ. Fr. Sinnerud was employed as a teacher at Brophy four decades ago – from 1980-1987. He has not been part of our faculty since this time. In December 2018, Brophy and the Jesuits West Province publicly addressed credible accusations against eight priests who had been assigned to Brophy during a 60-year period, beginning in the 1950’s. We were unaware of any credible accusations against Fr. Sinnerud at that time. We encourage anyone who may have information on this matter, or who has suffered abuse, to come forward by contacting Adria Renke, president of Brophy College Preparatory, at arenke@brophyprep.or or at 602-264-5291, ext. 6777. We grieve deeply for the suffering of all victims of clerical abuse and will participate fully and transparently in efforts to advance healing and justice."