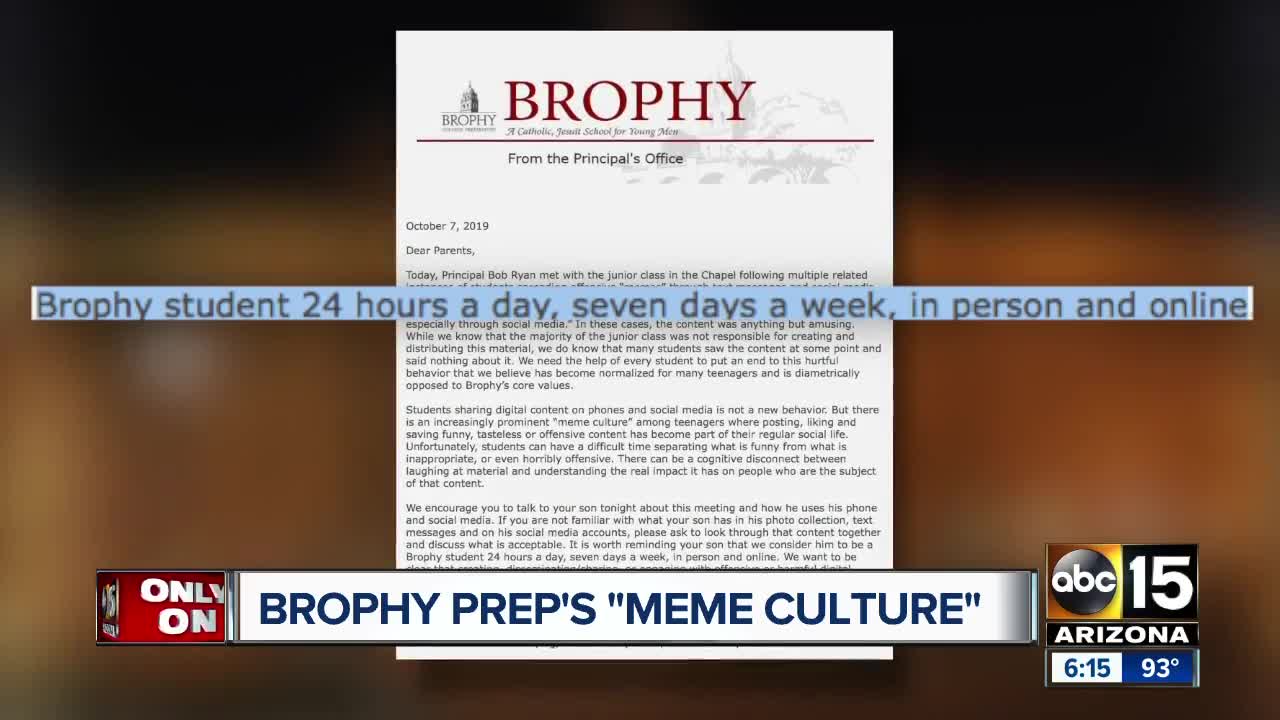 School says they have a zero-tolerance policy with offensive social media posts. 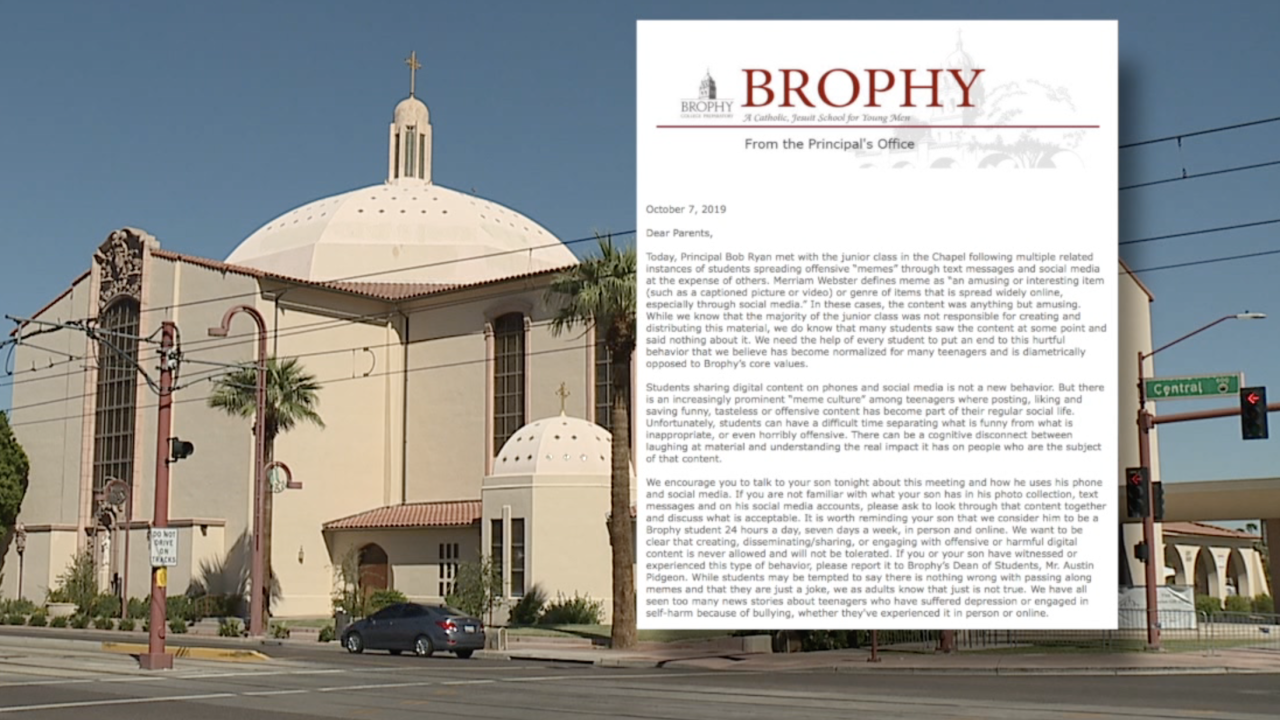 PHOENIX — On Monday, Brophy College Preparatory Principal Bob Ryan sent a detailed letter to Brophy parents about the school's hard stand on memes being shared at the school that are "offensive or harmful."

The letter reads in part, "Students sharing digital content on phones and social media is not new behavior. But there is an increasingly prominent 'meme culture' among teenagers where posting, liking and saving funny, tasteless or offensive content has become part of their regular social life."

The principal goes on to give the definition of a meme, which is meant to be "amusing" but according to Ryan, the content in the memes shared at the school was anything but amusing.

The letter goes on to remind students that they are considered to be a Brophy student 24 hours a day, seven days a week, in-person and online.

Then the principal presents the 2017 Harvard story of 10 students whose admissions to an ivy league school were rescinded after school officials took a deep dive into the students' offensive memes on social media.

Also mentioned were the ongoing repercussions social media posts and memes can have. The principal quotes from a National Public Radio story that says in part, "the things we post take on a life of their own, and they can be as permanent as a scar."

Sources tell ABC15 several students were disciplined for sending memes that were offensive. We reached out to the school and they had no comment.