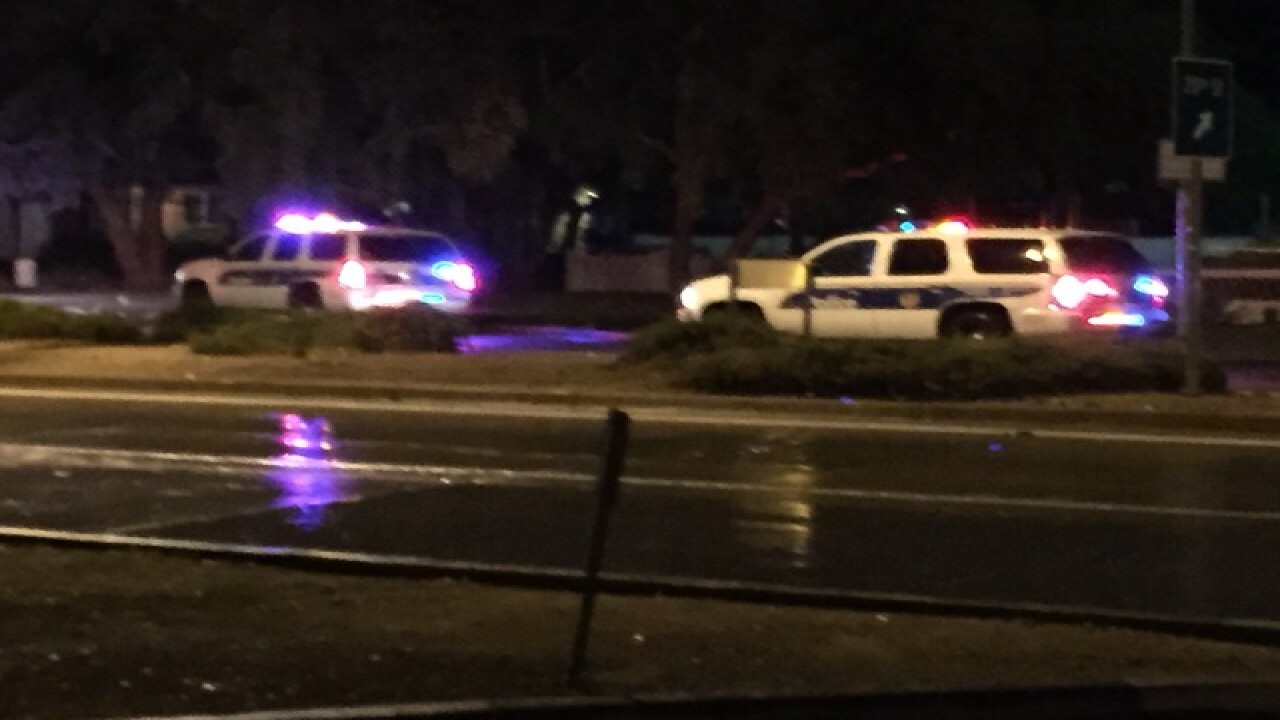 The incident happened around 2:20 a.m. near 20th Street and Thomas Road.

Phoenix police said an officer was investigating a suspicious vehicle in a parking lot when 22-year-old Jorge Ceniceros came out of the bushes and walked towards the officer.

According to police, Ceniceros physically attacked the officer, punching him in the face and head. He ended up breaking the officer's nose in the process.

The officer was able to stop the attack by drawing his weapon at the suspect. Ceniceros continued to assault the officer and actually grabbed the officer's weapon with both hands, police said.

A detective responded to assist while the suspect and officer struggled over the gun. Additional back up also arrived on the scene and fired their weapons at him.

Police said Ceniceros attempted to run from officers for a short distance but eventually collapsed on the ground.

Phoenix fire crews arrived on the scene and Ceniceros was pronounced dead.

The officer and detective were transported to the hospital where they was treated for their injuries.

Both officers have been placed on administrative leave, which is standard practice for officer-involved shootings.