Woman dies after being pulled from Phoenix apartment fire 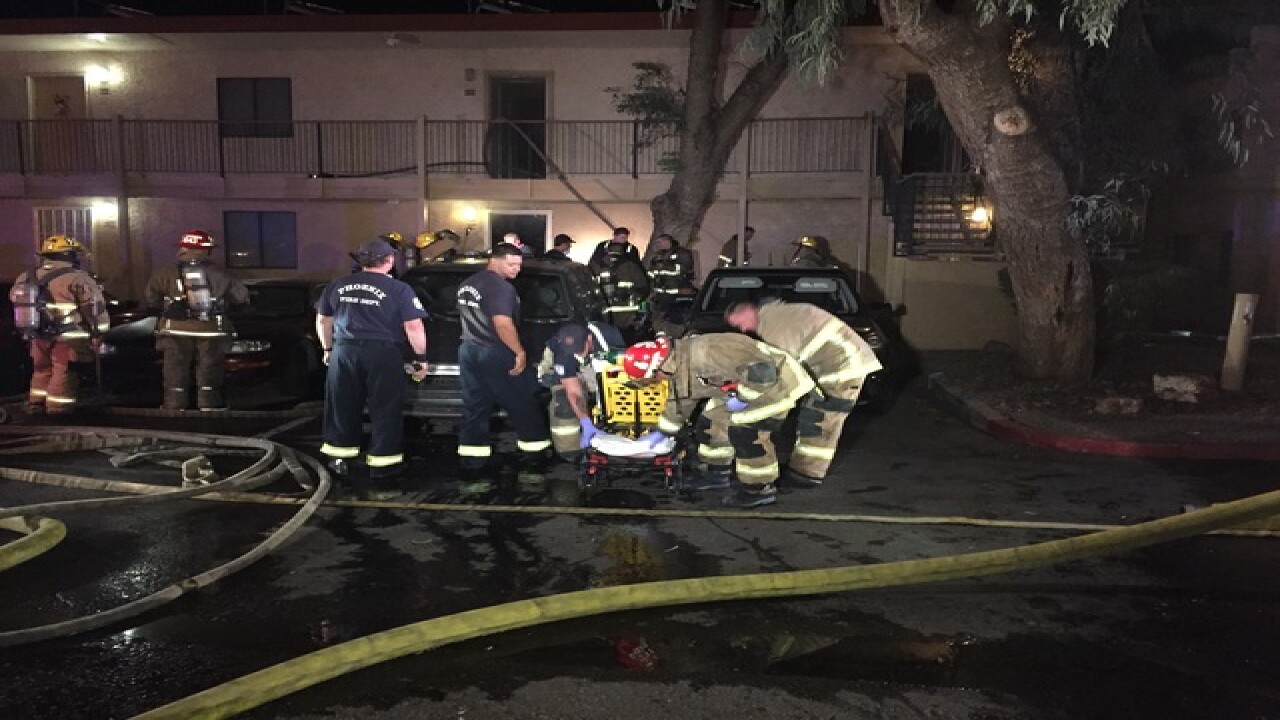 The fire started on the first floor of the apartment, according to Phoenix Fire Department crews.

"While fire crews were making their way through the apartment searching for any occupants, they found an adult female inside the apartment," said Phoenix Fire Captain Rob McDade in a statement to ABC15. "Crews were able to get her out of the apartment and gain fire control."

Police say the 50-year-old woman was transported to the hospital and passed away from smoke inhalation.

The unit she was in suffered a lot of damage.

It's unknown what caused the fire, but officials say four units were affected.

Stay with ABC15.com for further updates.