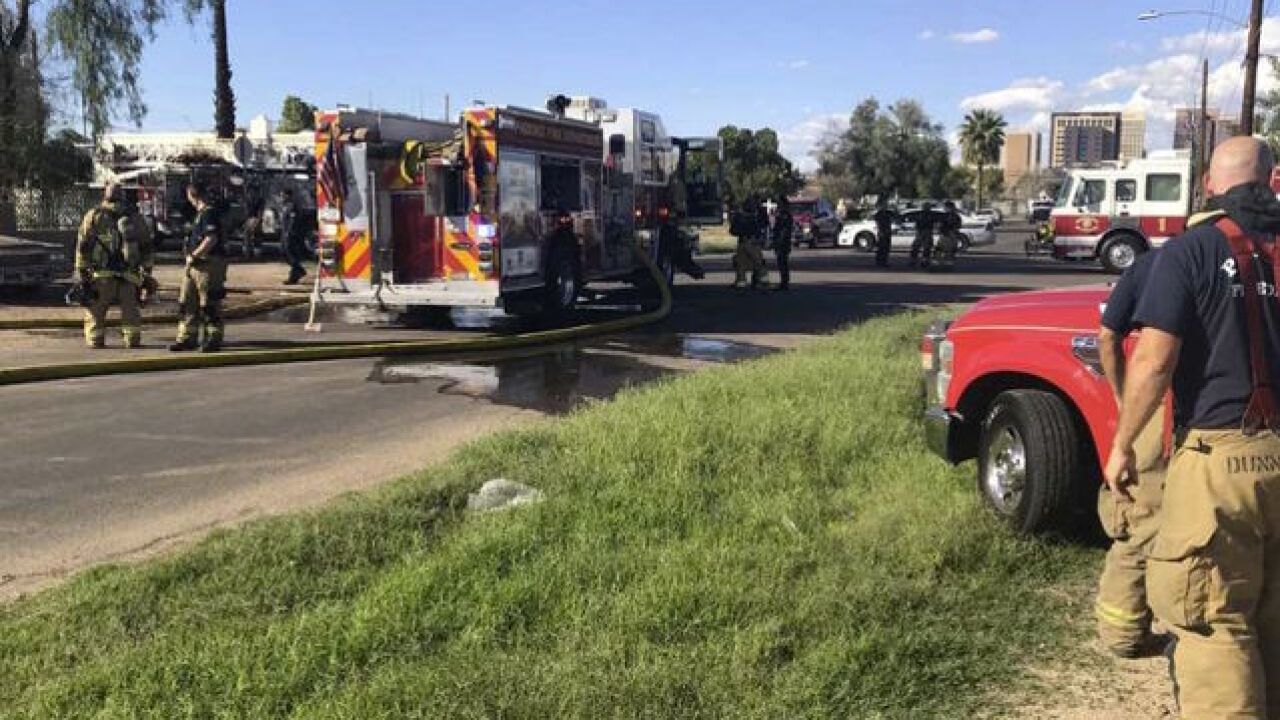 An investigation is underway after a body was found by fire crews while they battled a house fire near downtown Phoenix on Monday afternoon.

According to Phoenix fire officials, fire crews quickly responded and extinguished a fire inside a home near Central Avenue and Buckeye Road.

A man was found dead after firefighters conducted a search of a residence. The man has not yet been identified.

The cause of the fire is under investigation and will be handled by Phoenix police and fire investigators.

No firefighters were injured during the incident.