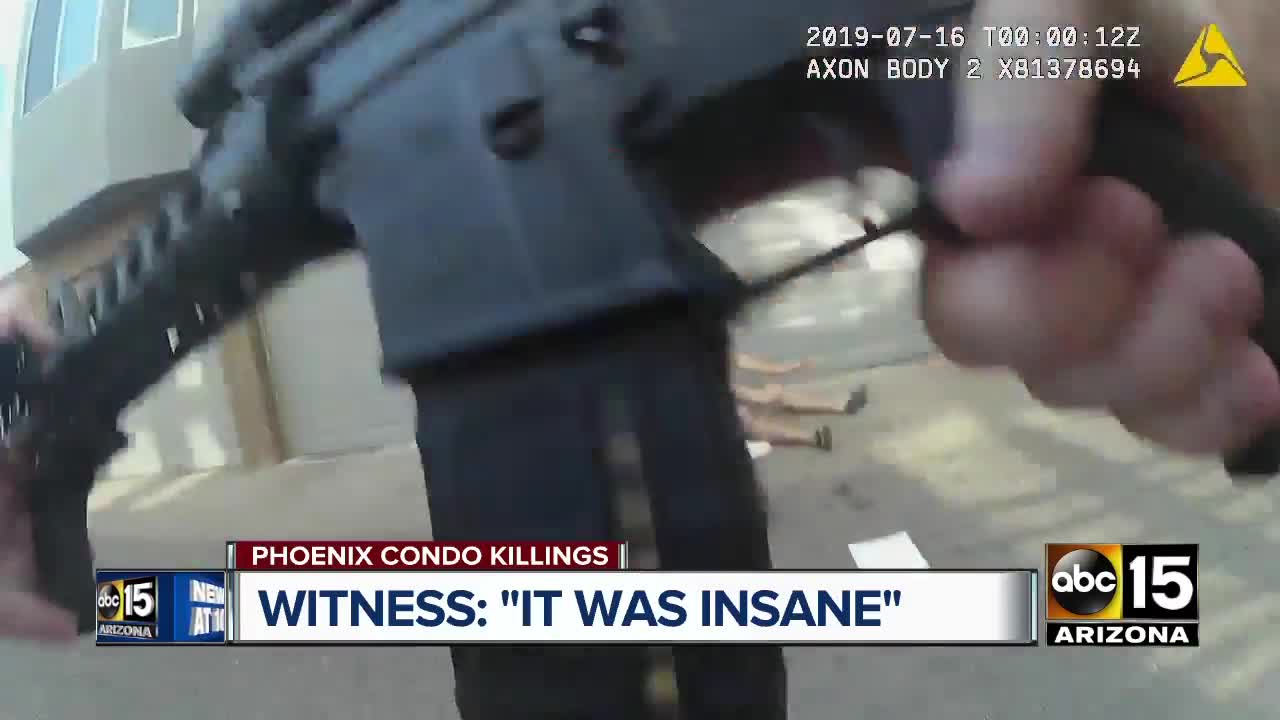 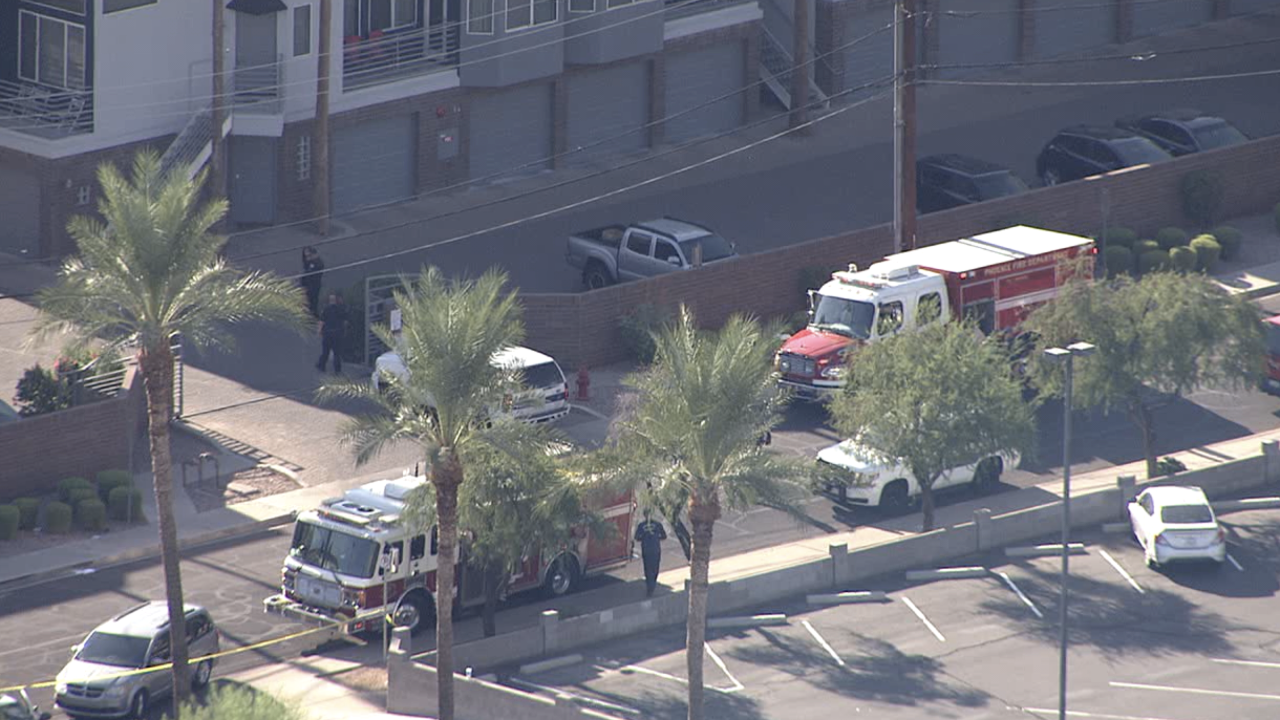 Officers spent nearly an hour clearing the complex and making sure more suspects or victims were not hiding on the property.

Witnesses tell ABC15 they were detained for up to seven hours during the investigation that day.

Armando Rodriguez Guzman was watching videos when the gunfire erupted.

His brother looked outside their condo door. "He looked down and saw a couple dudes. He was like, 'there's guys with guns!'"

Armando's brother called 911, while he went to go retrieve a second gun from the car.

Two officers rushed into the complex, with rifles in hand. Both appeared to hyped up on the adrenaline of the extremely dangerous dispatch.

"I want you to sit down right there, if you move, I'm going to shoot you," said one officer to a witness, who was trying to help point the officers towards a shooting victim.

The victim was mostly unresponsive by the time officers arrived.

Armando told ABC15 he tried to save the man's life and stop the bleeding. "Unfortunately I wasn't able to do anything for him as he was dying," said Armando.

Armando says police found another victim and arrested a suspect.

Many living in the condos say they still think about the day often. A number of them have purchased guns since, and it is something none of them will ever forget.

"We actually got a lot closer. We say hello, we talk to each other, and are keeping an eye on everything," said Armando.