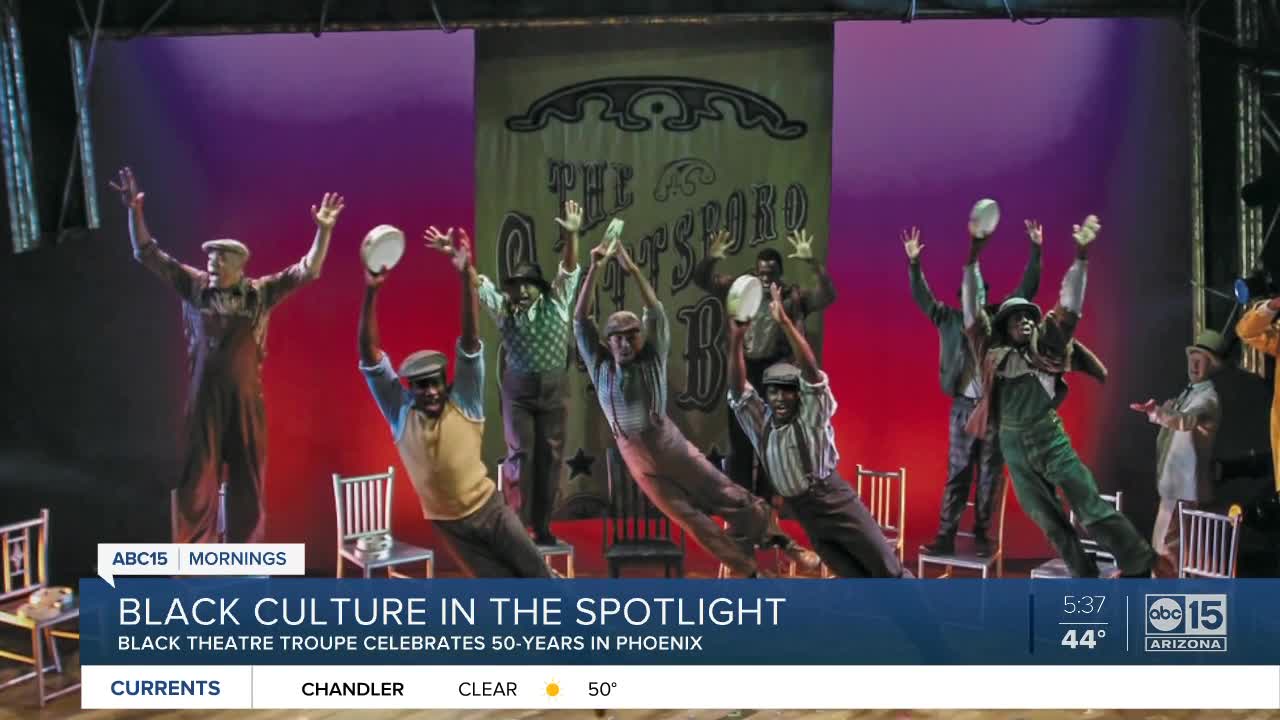 Working to magnify the voice of the Valley's African American community and provoke conversations that, hopefully, inspire us all to be better -- that's been the mission of the Black Theatre Troupe since its inception.

PHOENIX — Working to magnify the voice of the Valley's African American community and provoke conversations that, hopefully, inspire us all to be better -- that's been the mission of the Black Theatre Troupe since its inception.

This year, celebrating its 50th anniversary, the cast and board members are reflecting on how much has changed since their founding and using the latest production to show how much has stayed the same.

The roots of the group go back to 1970. Dr. Martin Luther King Jr. had been assassinated, riots were raging across the country and the racial unrest was just starting to become clear in Phoenix.

Executive Director David Hemphill says the Valley's African American community needed an outlet and Helen Mason, then a manager with Phoenix Parks and Recreation, gave them one by creating youth rap sessions where the kids could come and vent their frustrations. Hemphill says adults started showing up in droves, too, so Mason decided to have people channel their anger and frustration into art by writing stories, poems and creating dance.

"It was expressive therapy in response to what was going on at the time," said Hemphill.

From that point, the Black Theatre Troupe was born. The city asked them to become the first real artistic anchor of Roosevelt Row. Over the last five decades, plays like "Detroit 67," "In This Corner," "Fences" and "The Wiz" have sought to entertain and educate the community about the African-American experience.

"What we can do best is, again, to act as a mirror. We can show the universality of all races through our stories," Hemphill said.

Over the years, the audience itself has diversified. When it started Hemphill says just 15% of the audience was not African American, today it's 41%.

As they now celebrate Black History Month, the latest production, "Trouble In Mind," has social themes that seem to transcend time. The story, set in the 1950s, follows the plight of an actress working to become the first leading woman of color on Broadway trying to break the stereotypes that black women were often asked to portray. It touches on gender equality, racial bias and the overall message of people striving to show they are more than they are perceived to be.

Rico Burton has been with the Black Theatre Troupe for over 20 years and plays the leading role. She says the message is personal, at times painful, but most importantly, it's powerful.

"It is powerful and it is pathetic at the same time. This is 2020 and to hear that, and actually still believe it, to know that it's true in some instances, is very, very sad." said Burton. "But consider that. What will you do now that you know this to be the case? Is America not ready? And if they're not, how do we help them become ready?"

The cast hopes that the play will spark conversations when the audience goes home and inspire them to be better.

"Trouble in Mind" runs weekends through the end of February. The theater is located on Washington street in downtown Phoenix. For tickets and times, visit their website.