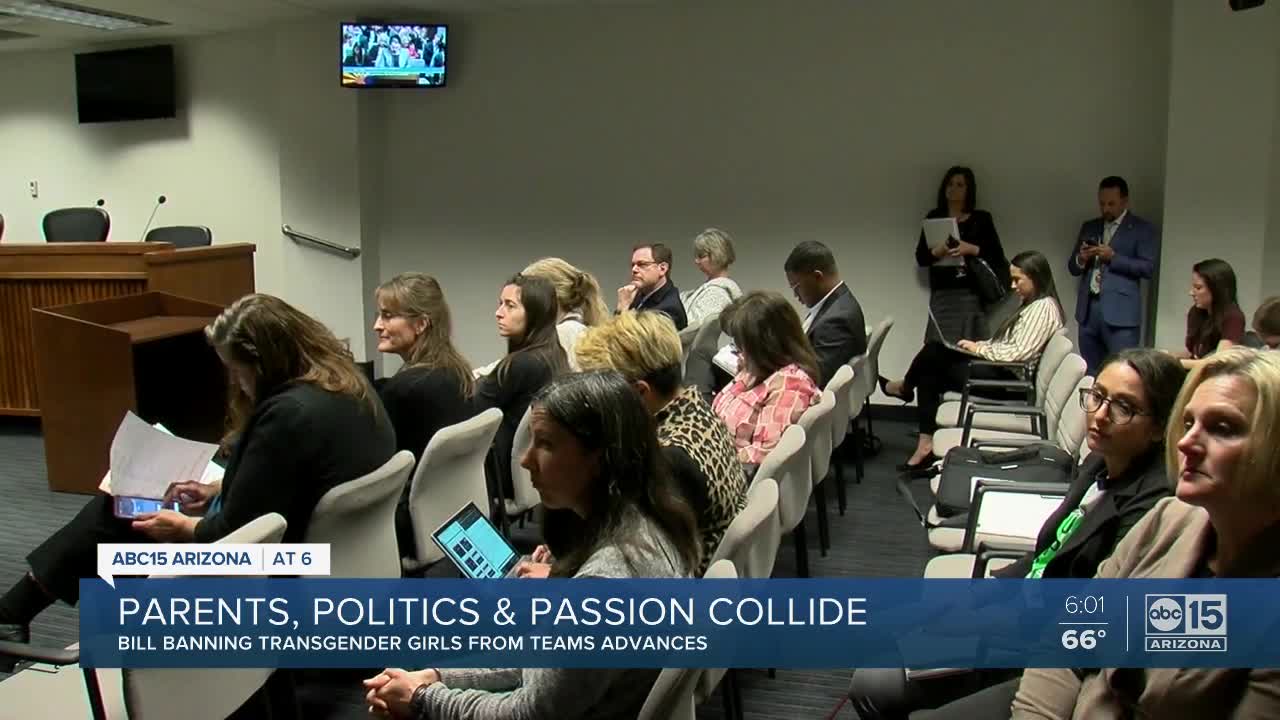 A bill that would ban transgender girls from sports teams advances in the state.

PHOENIX — It was a packed hearing room at the Arizona State Capitol Thursday as lawmakers moved forward with a controversial bill that would restrict what team a female transgender athlete could play on.

HB2706 would include public and private schools, universities and community colleges and would only pertain to female teams. The proposed law would prevent a transgender female athlete from playing on the school team based on the gender they identify as. Supports say they want to keep an even playing field so biological men aren't competing against women.

But critics say it's a direct hit on the transgender community.

"I feel for their situation but this is not limiting them to any kind of participation in sports," said Representative Nancy Barto who is sponsoring the bill. "What it does is, it makes a distinction that needs to be made."

Representative Alma Hernandez held back tears as she voted against moving the bill forward.

"This bill is a direct attack on the LGBTQ community and I'm going to call it what it is," said Hernandez.

In a five to four vote, republican lawmakers are confident it will pass the house and move on to the Senate.