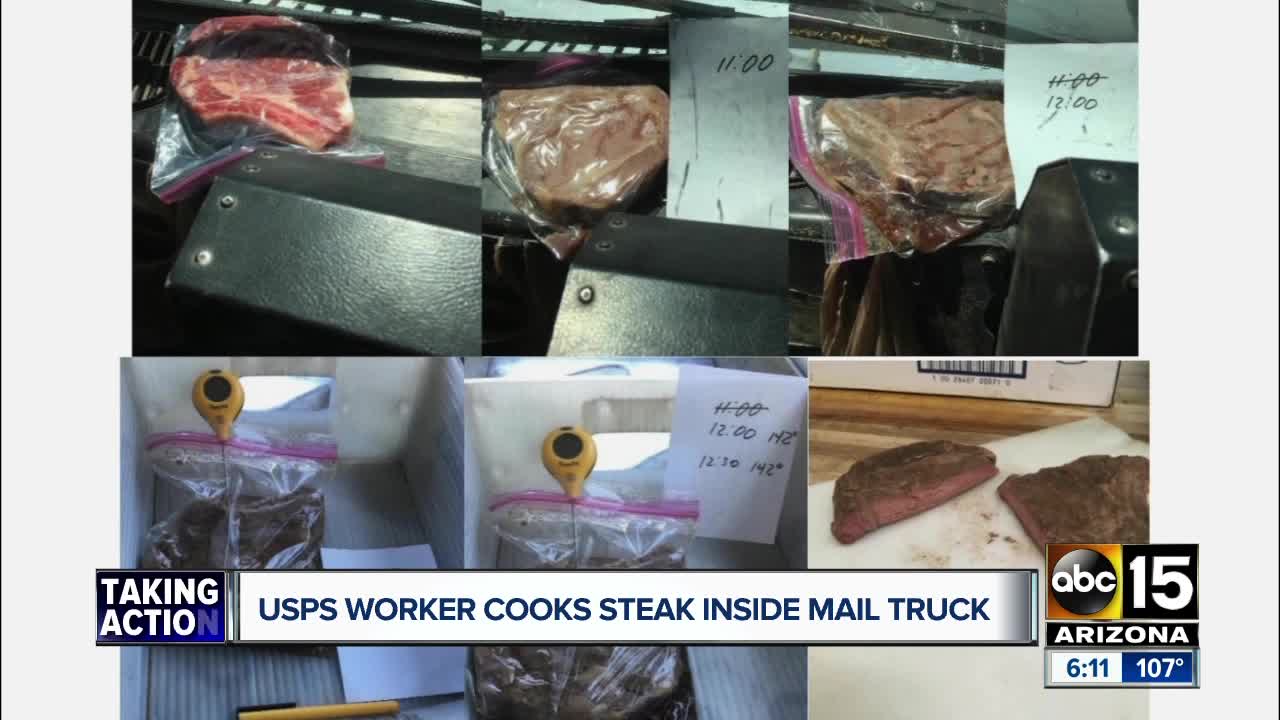 Over the course of about two hours, a USPS worker was able to cook a steak to medium temperature by setting it on the dashboard of their vehicle. 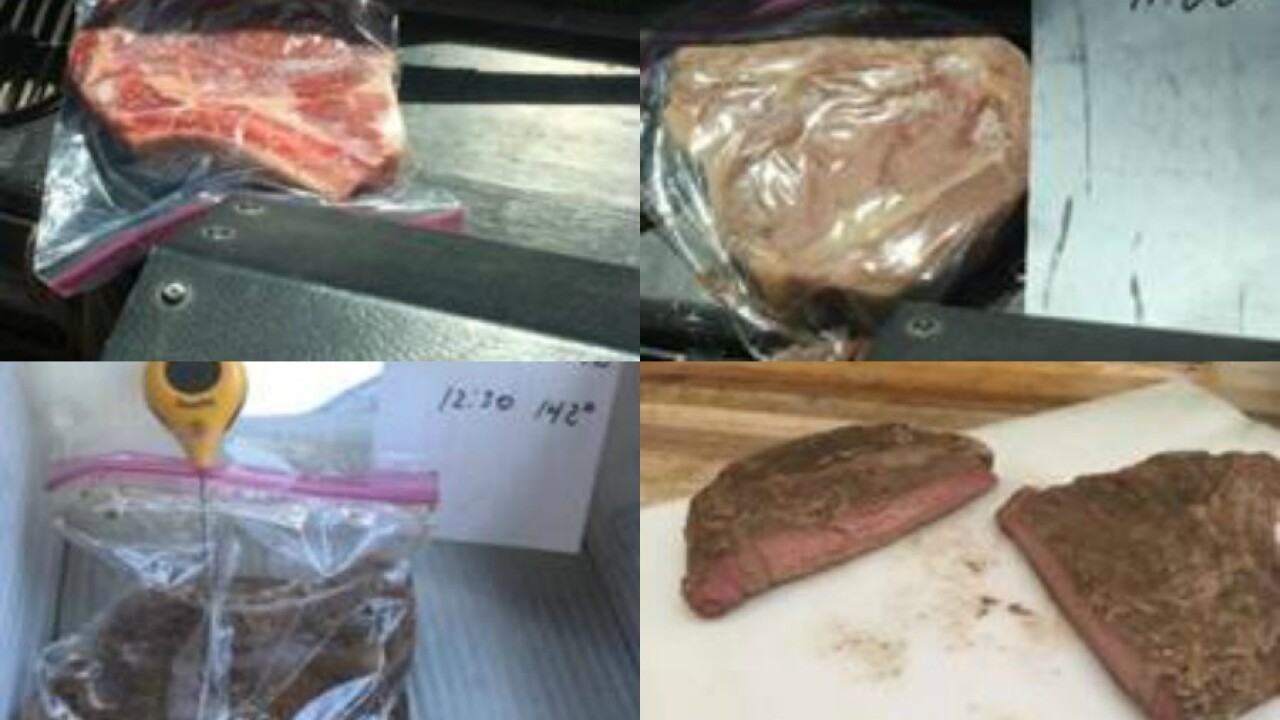 PHOENIX — Arizona State Representative Shawnna Bolick (R-20) is asking for an investigation into what she describes as unsafe work conditions for Valley postal service workers.

Bolick sent a letter yesterday to the President of the American Postal Workers Union, Mark Dimonstein, urging him investigate reports of hazardous working conditions for mail carriers because of the Arizona heat.

"It is shocking to hear of postal workers having to endure the extreme Arizona temperatures that result in delivery trucks, many of which do not have air conditioning, regularly reaching above 128 degrees," Bolick wrote. "Working conditions must be improved immediately to ensure the safety of mail carriers subjected to these dangerous temperatures."

She says many of the workers do not have proper air condition in their vehicles, causing for unsafe conditions.

According to Bolick, a worker in her district has sent her daily updates of temperature readings inside a mail carrier vehicle that average 128 degrees.

Bolick says a worker even used their dashboard to cook a steak to an internal temperature of 142 degree to show how hot the vehicle gets during the day.

When asked for an interview, there was not a USPS representative available, but they did send the following statement:

"We want to emphasize the Postal Service works to protect its employees all year through a strong health and safety program. This includes instructions on messaging through the handheld carrier scanners, frequent service talks on recognizing heat illnesses and taking shade or hydration, and street supervision that checks on carriers during the day. Our letter carriers work hard and we appreciate that effort in all conditions."

Bolick says several Phoenix area postal service employees have been sent to the hospital recently for treatment after becoming disoriented on the job.

She ended the letter by asking for a cause of action from the postal service "to remedy the current situation."