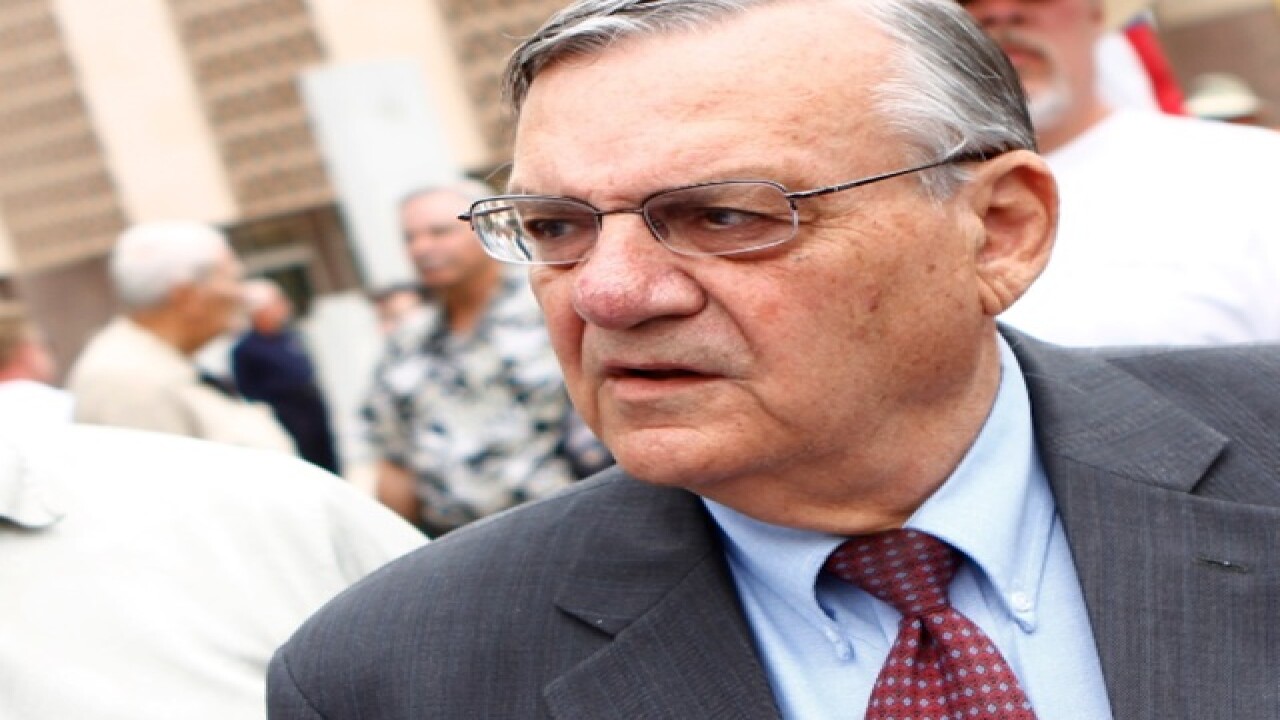 An attorney trying to fend off criminal contempt-of-court charges against the longtime sheriff of metro Phoenix faced a skeptical judge Friday who said he has run out of tolerance for the lawman's conduct after he lied in a racial profiling case.

U.S. District Judge Murray Snow is mulling whether to recommend contempt charges against Maricopa County Sheriff Joe Arpaio and his second-in-command for intentionally ignoring an order to stop their immigration patrols.

The sheriff and top aide Jerry Sheridan have already been found in civil contempt and could face fines and jail time if charged and convicted of criminal counts.

Arpaio lawyer Mel McDonald argued Friday for leniency, citing the sheriff's 50-year career in law enforcement and saying the lawman has made recent strides in complying with court orders. At that point, Snow interrupted and told lawyers for Arpaio and Sheridan that their clients had been dishonest on the witness stand at contempt hearings last year.

"They lied to my face," Snow said, adding later that Arpaio's office had even violated court orders after the start of the civil contempt proceeding.

"Don't bother arguing the facts," Snow told Stein. "It won't be helpful to your case."

If Snow recommends a criminal contempt case, it will be up to federal prosecutors to decide whether to bring the complaint to court. If they decline, the judge still has the option of hiring a private attorney to press the case. Snow didn't say when he would issue his decision.

It's unclear whether a criminal finding would prevent Arpaio, who is seeking a seventh term this year, from serving as sheriff. A felony contempt conviction would force him from office, but the judge has the option of recommending the case as a misdemeanor crime instead of a felony.

Arpaio, fresh off his speech at the final night of the Republican National Convention, was stoic as his attorney pleaded for mercy.

"I think a new attitude has been brought into his case," McDonald said, asking the judge to forgive his client's conduct.

Stein blamed another sheriff's manager for prolonging the immigration patrols months after Snow had ordered them stopped. Stein also disputed that his client was untruthful with the judge and court officials.

A series of punishments are expected from Snow's earlier civil contempt ruling.

The first was issued Wednesday when the judge ordered an overhaul of the sheriff's internal affairs investigations, after finding previously that an examination into officer misconduct had been manipulated to shield sheriff's officials from accountability.

The quality of internal investigations was questioned after traffic-stop videos withheld at the profiling trial were later discovered at the home of an officer who had been arrested on suspicion of theft.

The judge is expected in coming days to approve a fund to compensate Latinos who were detained in violation of the order to stop the immigration patrols.

The lawyers who won the profiling case also have asked the judge to require Arpaio to pay $300,000 of his own money into the fund.

Arpaio, who earns $100,000 annually as sheriff and owns commercial real estate worth more than $2 million, hasn't had to pay for the legal bills directly tied to his official duties in any of the lawsuits filed against him during his 23-year tenure as sheriff.

Taxpayers are projected to spend $54 million in the profiling case by next summer.