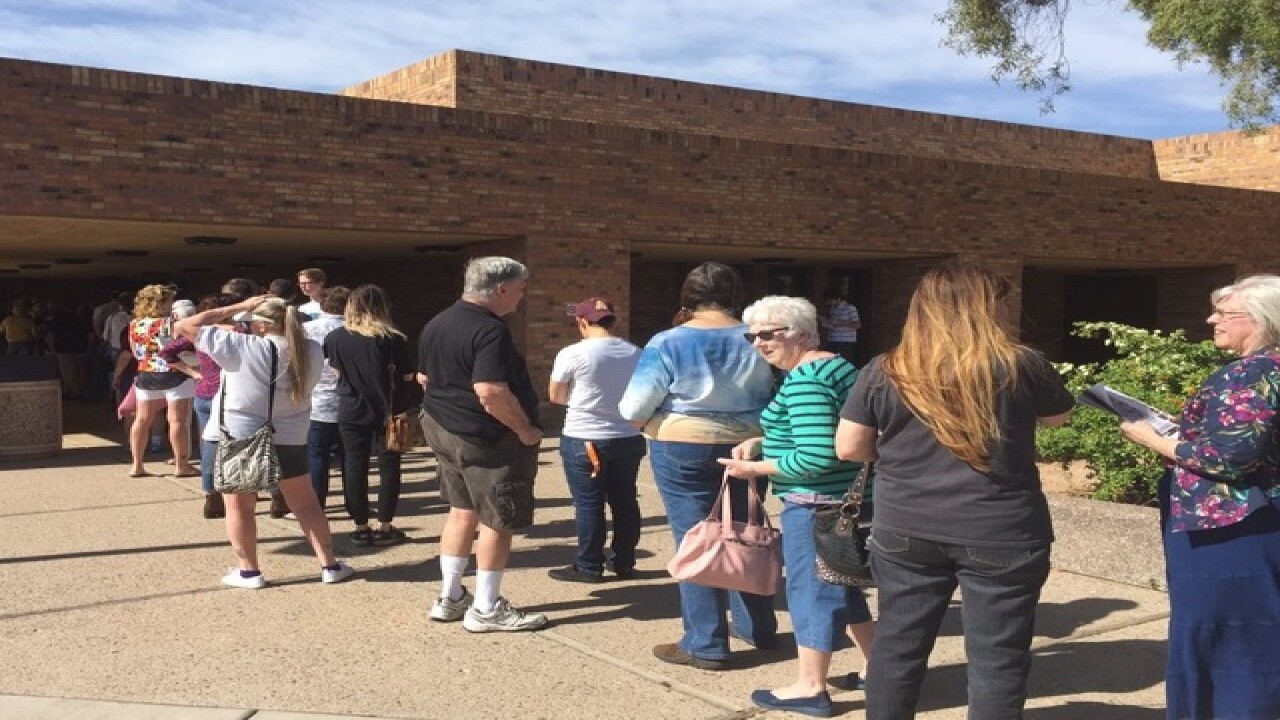 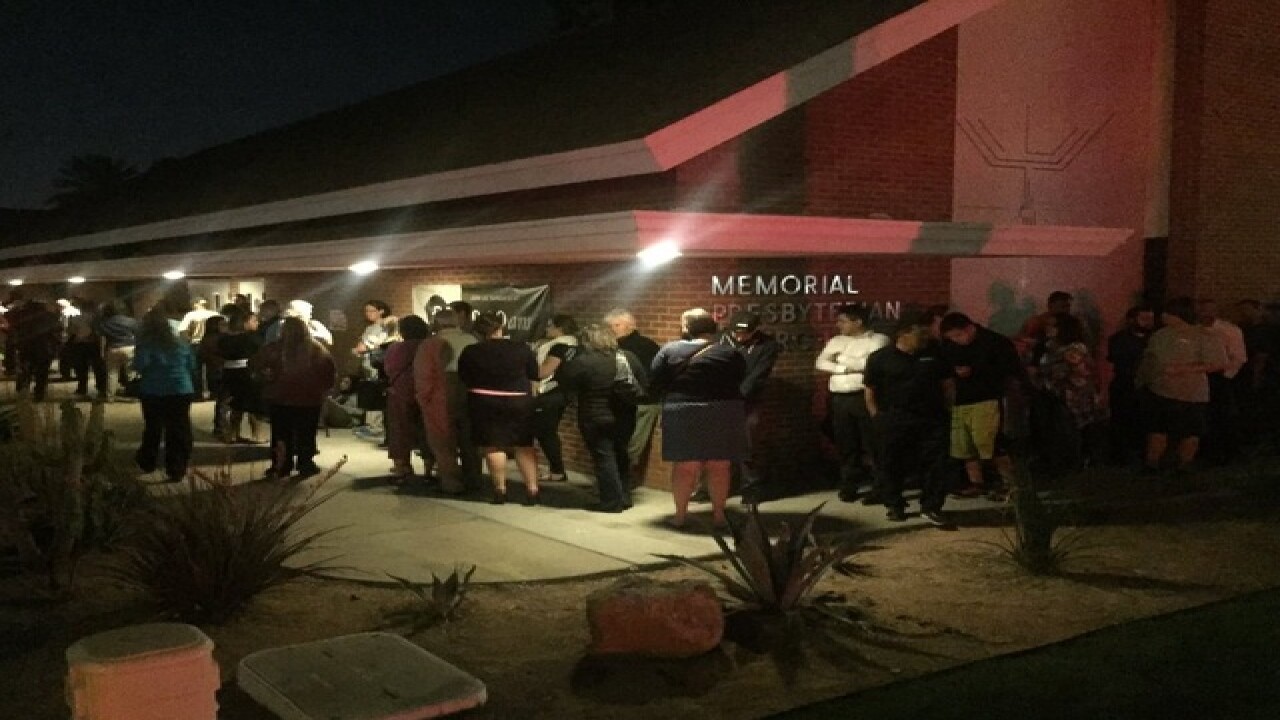 Voters from North Scottsdale to South Phoenix experienced long waits -- in some cases more than two hours -- to cast their Presidential Preference Election ballots on Tuesday.

"I don't have time to stand for an hour in the hot sun," voter Sarah Howes said.

"On a day like today, with what's at stake, I can understand there being lines like this," another voter, Jeff Butler, said.

Because there are competitive races on both Republican and Democratic sides of the presidential race, turnout was much higher than normal. Between 60 and 65 percent of eligible voters were expected to vote on Tuesday.

Voter confusion also played a factor. Voters who did not pre-register with a party affiliation by the February deadline were not eligible to participate; however, many non-affiliated voters insisted on filing provisional ballots which take longer to process at the polling places.

The Maricopa County Recorder’s Office says the decrease in polling places had to do with the number of early voters and the number of registered Independent voters.

There are only 1.25 million eligible voters for Tuesday’s election and 890,000 early ballots were sent out, leaving about 300,000 voters who would need to show up to polling places.

"It's almost like they want to disenfranchise us; I don't think it's right," Scott Richardson said. "I'm going to vote against her when she runs again. Helen Purcell shouldn't be elected again."

ABC15 asked Purcell, after the criticism she's received, if she'd do it the same way next time.

A spokesperson with the office told ABC15:

We apologize sincerely for the long lines. We are doing everything we can to close out this election and allow any eligible voter to vote today. As long as a voter was in line by 7 p.m. they can vote.

If anything we are trying to be positive about the high number of voter turnout we saw today. In previous Presidential Preference Elections we have not seen this high of turnout at the polls so that also caught us off guard.

ABC15 received numerous viewer calls and complaints about issues in other parts of the state as well.

Additionally, after receiving dozens of calls from frustrated people, Arizona Democratic Party officials say they've asked their lawyers to investigate whether a computer glitch could have prevented eligible voters from appearing on lists at polling places.