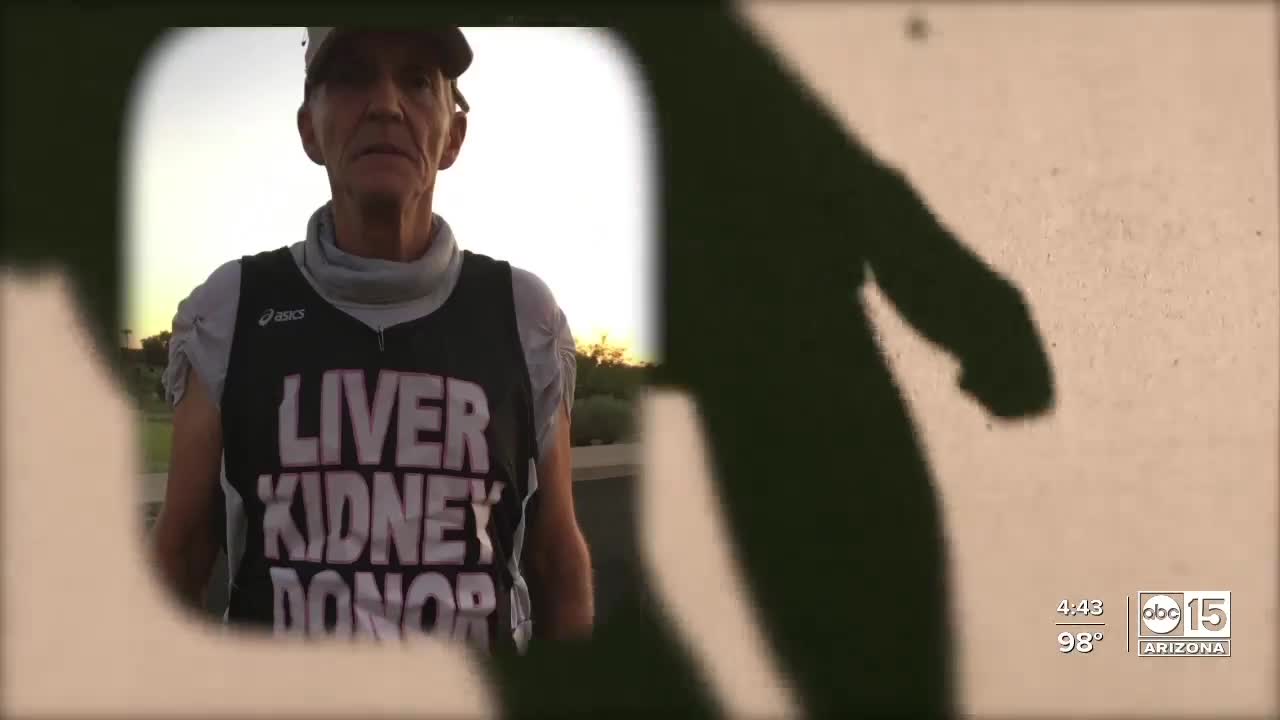 Steve Norton began his nine-mile run with two bottles of water, but gave one away, and eventually ran out of water. He stopped by a nearby hospital and asked for water, but was turned away. 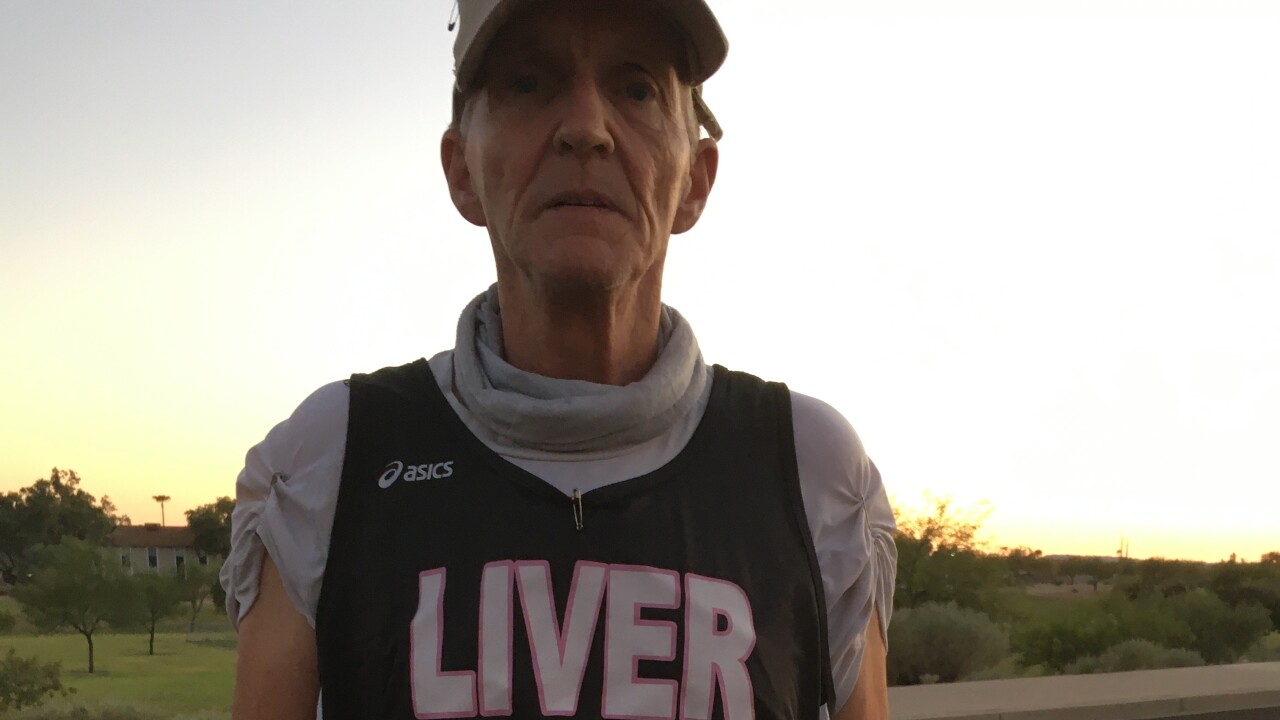 PHOENIX — Steve Norton began his nine-mile run with two bottles of water, but along the way, he came across a seemingly dehydrated homeless man who asked him for some water.

Without a second thought, Norton said he gave the man one of his bottles of water. However, he admits that he also underestimated the impact the triple-digit heat would have on himself that day as he finished his run.

Norton began to feel dizzy and happened to be jogging by Banner Desert Medical Center. He thought he could stop there and ask a staff member to fill up his water bottle. He was wrong.

That was a mistake, he said.

He said outside the trauma center was a hospital employee and a police officer, who was there with a prisoner.

"I asked him if he could just fill up my water bottle for me. Just a few ounces is all I needed. I really just wanted to lie down. My head was spinning, and I needed water really bad. I said to him, 'I really need water,' and he said to me, 'Banner Desert Medical Center does not give out free water,'" said Norton.

Norton said he offered to pay for the water. The police officer then apparently jumped in and said, "what does this look like, a QuikTrip?" Norton said.

He told the hospital employee that he was an organ donor and had one kidney. The employee told him that he would have to be a patient to get water.

"I have to register you as a patient to give you water," the employee said, according to Norton. "Then you can come in. We will register you, take your insurance card, and give you a bottle of water,"

Norton said he was so desperate he asked if the water coming from the outside sprinklers was safe to drink. The employee told him to try it out for himself and to let them know, he said.

He was then asked by the police officer to get off the property or he would be placed under arrest, Norton said. He was in disbelief.

"You're going to arrest me because I just want water?" he said. The encounter left him hurt, humiliated, and disappointed.

"They should be fired, okay. That is what they should be. The policeman should be, ugh sorry, it is just too much, it's too much for me," said Norton.

So is it really hospital policy to deny someone water? ABC15 reached out to Banner Health officials to tell them about this situation.

In a statement, a spokesperson said: "If someone is experiencing a medical event, which dehydration can be, they should seek a medical evaluation and receive appropriate treatment. For medical reasons, ER patients are typically not given food and water until a physician can do an evaluation."

Marcie Gest, a nurse who has more than a decade of experience, agreed that someone in medical distress should seek treatment. However, she disagreed that he was denied water.

"However, this gentleman was not a patient of theirs. He was just a bystander, a person, a citizen walking, running, hiking, whatever and he needed water. I can't imagine how any nurse would refuse someone water," said Gest.

She also questioned why the hospital or the employee did not offer or suggest that Norton undergo a medical evaluation considering he was heat-stressed.

"Did they not think to ask him hey, do you need help? Do you need to come in and cool down, and can we do a medical evaluation on you?" she said.

In its statement, Banner Health said it does have water fountains and vending machines in the hospital, but "due to the COVID-19 pandemic, we are not allowing anyone into the hospital unless they are a patient or an approved visitor who has completed our online and in-person health screenings."

"Anyone coming to the ER in distress would be advised to have a medical evaluation and receive appropriate treatment," the statement said.

Norton disagrees. He feels that he was treated like an inferior citizen and does not believe the situation lives up to the values that Banner Health has posted to their website.

"We strive to care with compassion, dignity, and respect for everybody. That is what they say here on their mission," Norton said.

"I wasn't asking them for a free operation," he said.