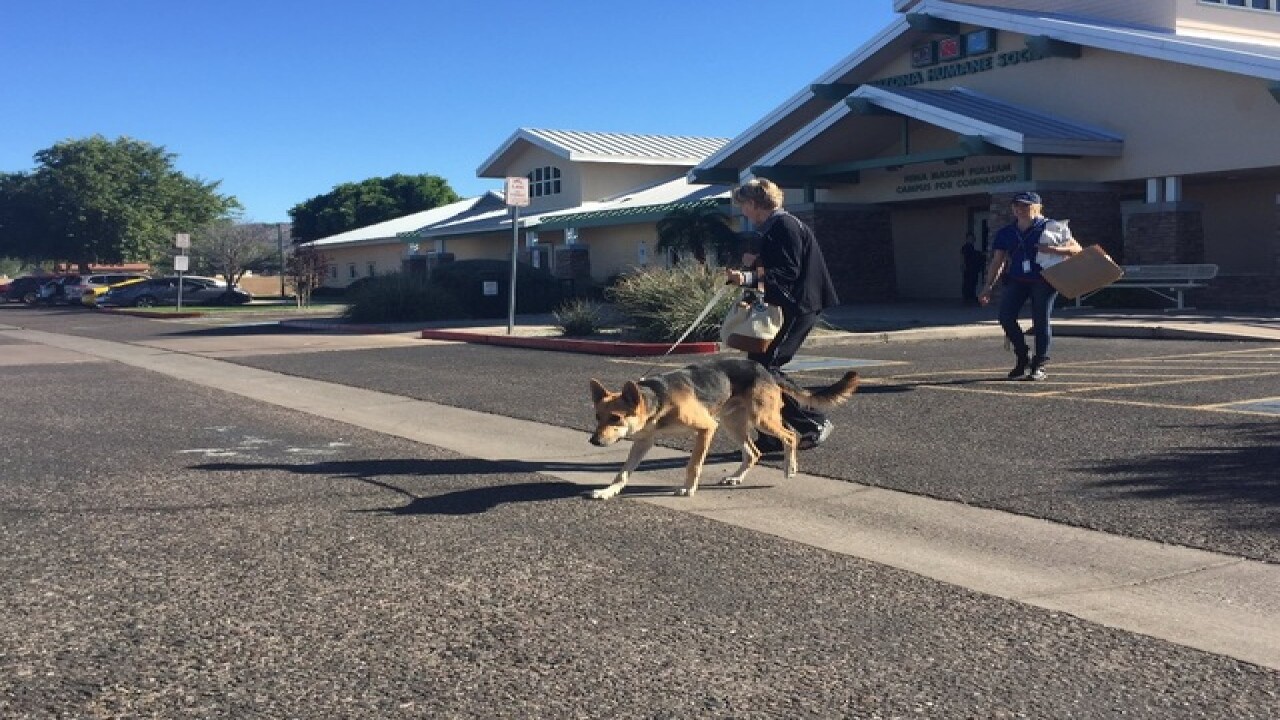 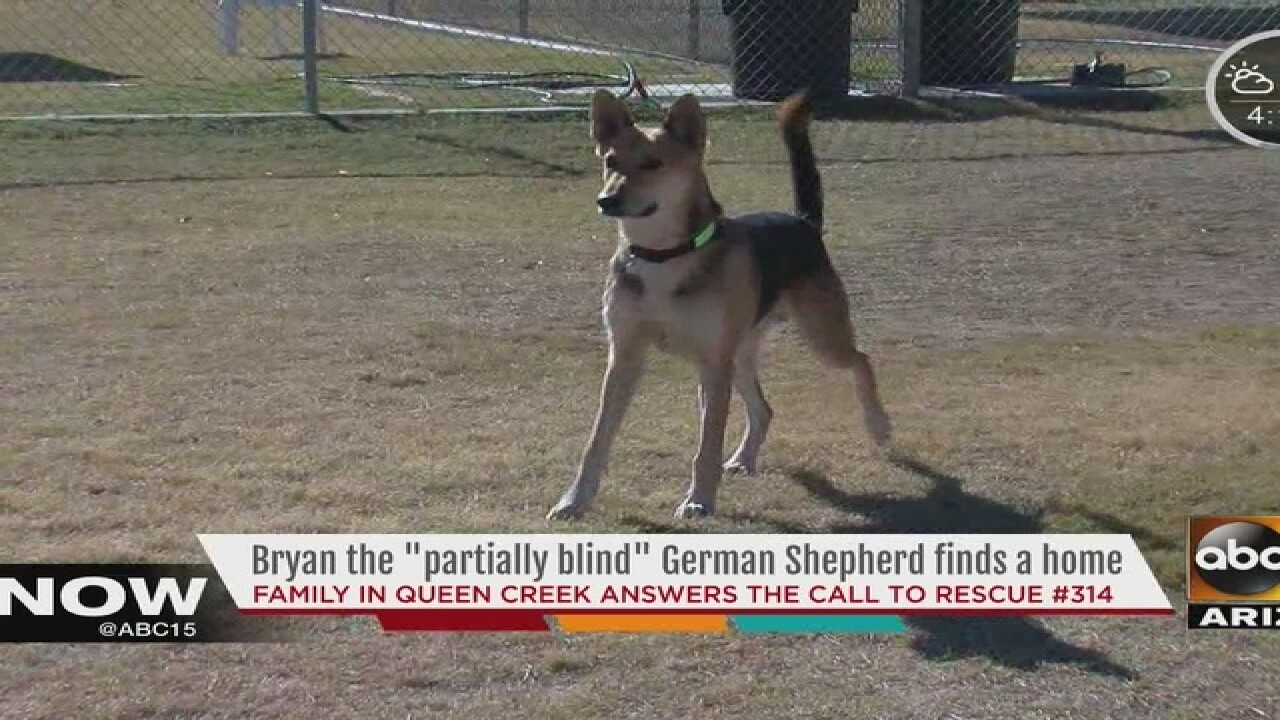 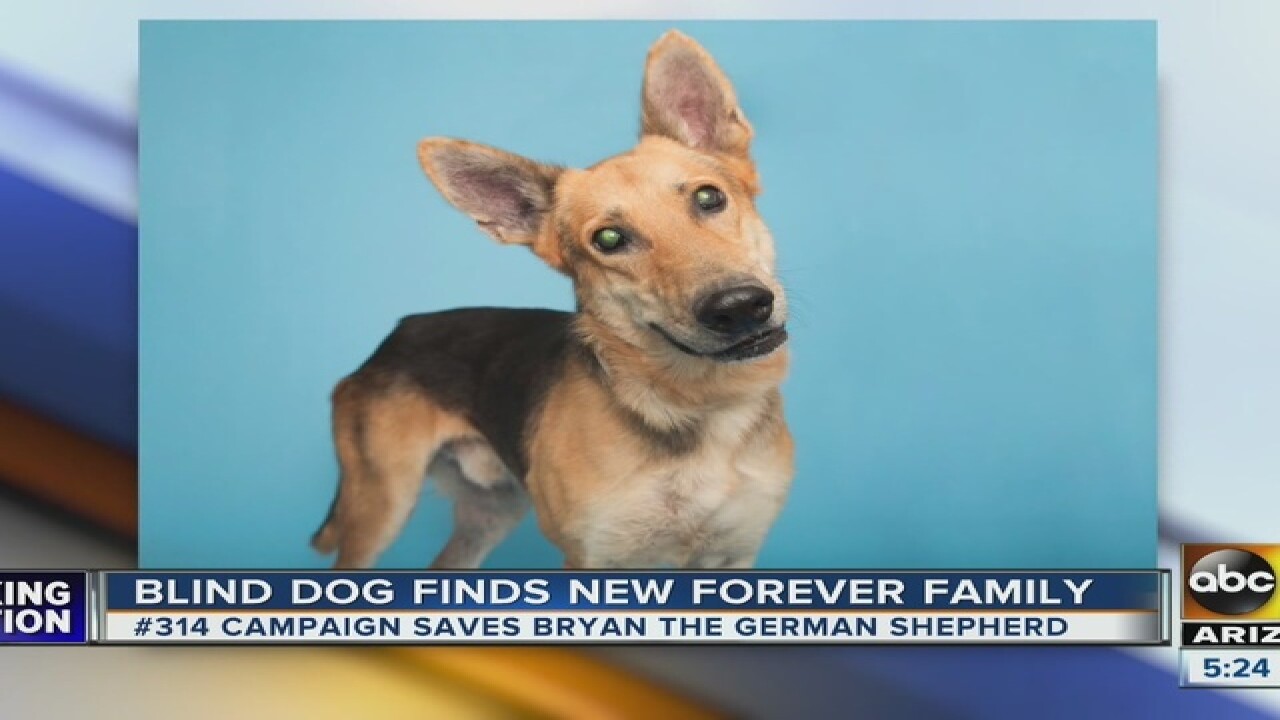 Just in time for the holidays, Bryan has found a home to call his own.

The 5-year-old, partially blind German Shepherd was the only animal -- number #314 -- to not be adopted from the Arizona Humane Society over the Thanksgiving weekend.

On Tuesday night, we posted his picture and story on Facebook and it was quickly shared around the internet -- more than 1,900 times in fact.

On Wednesday, Bryan met with two families. The first family ultimately decided not to adopt him, but the second family did.

Bryan is off to Queen Creek with Patti and her husband! pic.twitter.com/gIEU3Nelvx

Bretta Nelson, spokeswoman for AHS, said Bryan was rescued from an abusive home.

Between Black Friday and Cyber Monday, adoption fees were waived in partnership with Zappos.com. A total of 313 dogs and cats were adopted -- actually, scratch that -- 314 pets were adopted, including Bryan.

Bryan's online profile stated that despite his medical condition, he was able to find his way around, enjoys going for walks and playing with rope toys.

Over the Thanksgiving weekend, a total of 313 dogs and cats were adopted from the Arizona Humane Society.

However, there were a total of 314 animals up for adoption, which means one is still looking for his forever home.

Bryan is a 5-year-old German Shepherd who is partially blind. According to AHS, he is able to find his way around and likes to go for walks and play with rope toys.

He was rescued from the backyard of a home and arrived at the shelter on Nov. 19, according to his online profile.

Bretta Nelson, spokeswoman for AHS, said Bryan's ideal home would be one where he is the only pet and no young children. His owner should be patient and be able to help Bryan adjust to his new living environment, she said.

You can view his online profile for additional details and adoption information.