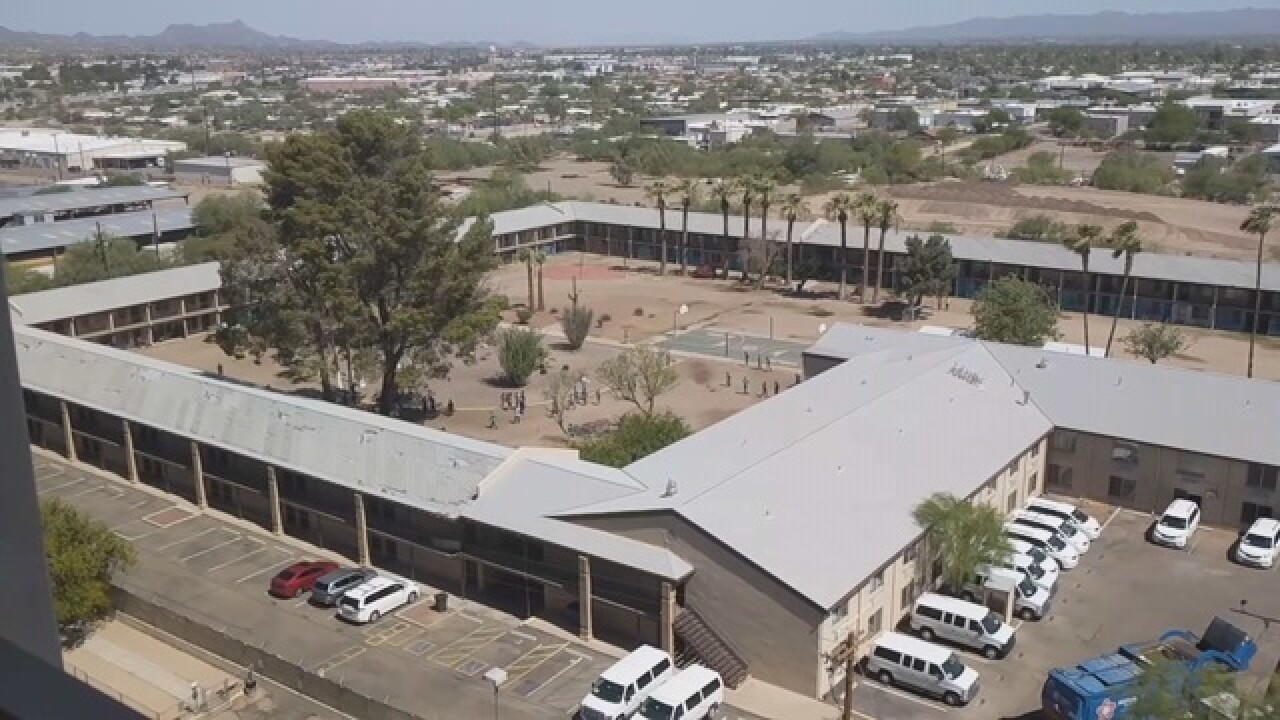 A group formed in the wake of outrage over the separation of immigrant families at the Mexico border criticized an investigation by the state of Arizona into reports that some of those children were sexually abused at shelters.

The group Uncage and Reunite Families, composed of elected officials, community activists, and religious leaders called on Gov. Doug Ducey to launch an independent investigation after the one conducted by the state health services department only found issues with personnel records and delayed background checks.

A Ducey spokesman didn't immediately respond to a request for comment on the call for another investigation.

"This entire situation has exposed a lack of regulatory oversight," Arizona state Sen. Martin Quezada, a Democrat, said. "This should be everyone's No. 1 priority because it is such a core value of ours."

Shelters that house immigrant children have come under scrutiny since the administration of President Donald Trump introduced a "zero tolerance" policy that resulted in more than 2,900 children being separated from their families.

The separations during the spring and early summer ended after Trump called for them to stop amid widespread outrage. A federal judge in San Diego required the government to reunite the families by July 26, but over 300 parents are still separated from their children.

Arizona has seen numerous allegations of sexual abuse at its many shelters for immigrant children, including one made by the government of El Salvador, which said it received reports of three children, 12 to 17, who were sexually abused at unnamed shelters in Arizona.

Such shelters are operated by Southwest Key and other nonprofit organizations, not the state itself.

Jeff Eller, a Southwest Key spokesman, said Thursday the organization fully supports an expanded oversight of its operations and looks forward to working with the state.

In August, authorities arrested a 32-year-old man on allegations that he had molested a 14-year-old girl at a Southwest Key facility.

The girl's roommate reported witnessing the man, Fernando Magaz Negrete, kissing and fondling her roommate in their room on June 27.

The next day, the facility was visited by first lady Melania Trump, who met with people directly affected by her husband's hard-line immigration policies.

Magaz Negrete has pleaded not guilty to charges of child molestation, sexual abuse and aggravated assault.

In a separate incident, a former youth care worker at a Southwest Key facility in Mesa was accused recently of sexually abusing eight teenage boys between August 2016 and July 2017.

Authorities say Levian Pacheco performed sex acts on two boys and touched six others. Court documents state that Pacheco is HIV-positive and that some of the teens opted to be tested for the virus.

Southwest Key immediately suspended Pacheco and he wasn't working there when family separations began in large numbers this year.

Pacheco has pleaded not guilty and denied the allegations. His federal public defender has said in court documents that the government's claims include an "extraordinarily broad range of dates and lack of specificity."

Eller has said of prior allegations against former workers that Southwest Key takes every incident seriously "and there is a never-ending process to improve care and standards."

Ducey previously directed health officials to inspect the 13 Southwest Key facilities in the state "to ensure the state is doing everything within the state's authority to ensure the safety and care of children in these facilities," spokesman Daniel Ruiz said in a statement.

The investigation found one facility had eight personnel records with delayed fingerprint clearance, which is part of the background check process.

Investigators also spotted bedrooms that didn't include enough square footage for each individual or didn't have privacy curtains.