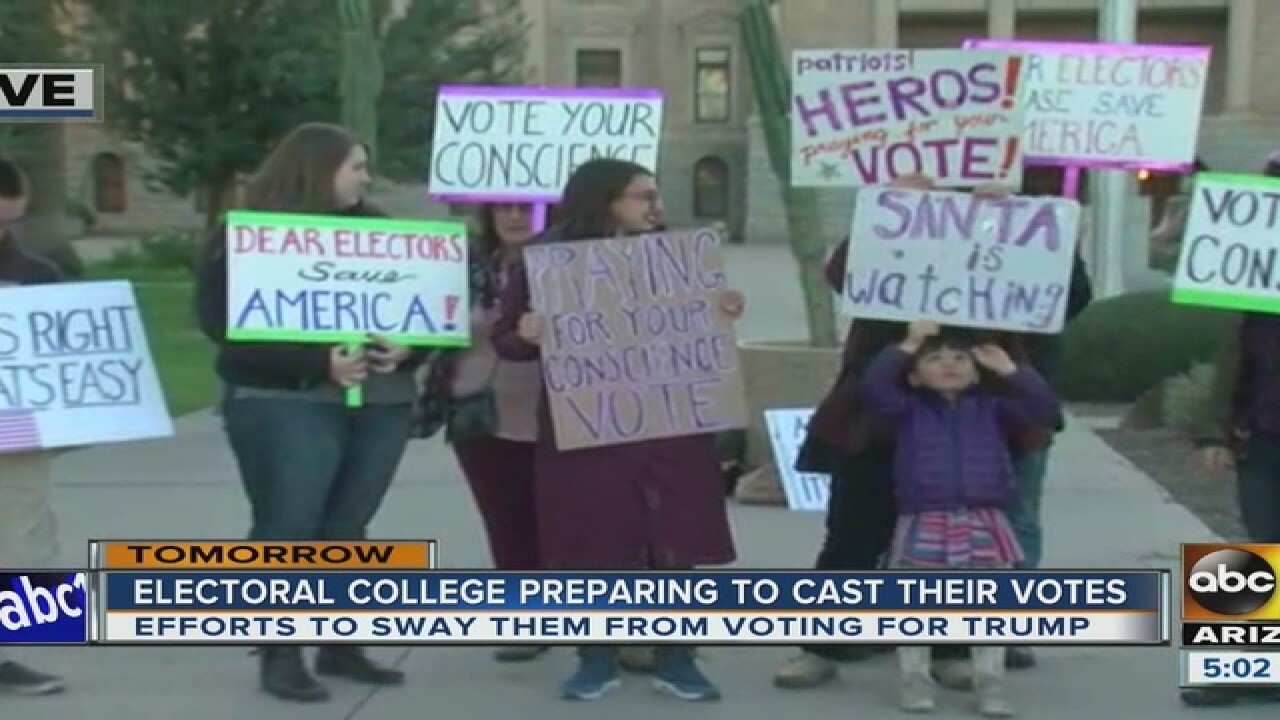 A big day for our nation as delegate for the Electoral College will gather together and vote for the next President of the United States.

Arizona’s 11 delegates will cast their votes at the State Capitol today.

Monica Wisehart is one of many trying to convince Arizona’s electorates to vote against President-elect Donald Trump.

"We really believe that Donald Trump shouldn't be our president," she said.

And voters are trying to get that message across any way possible.

Protesters gathered at the Capitol Sunday night to protest the President-elect.

“I commend them, that is noble to reach out to the people who can make change in that way," Wisehart said.

The fight for change is even being disguised in the form of Christmas cards.

Arizona Delegate Alberto Gutier said he has been accumulating a pile of letters.

“I’m not going to open it. I think I’ve read three out of thousands," he said.

People are even reaching out to him through email. On Sunday, he received 86,000 alone regarding today’s vote. Gutier says the letters aren’t going to make a difference.

“Not all of us may have started supporting Donald Trump. But at the end of the day, he won the election. We are going to fulfill our constitutional duty," he said.

Gutier explained that he feels bad about all the money thrown away on stamps.

“All the postage that was wasted by the thousands could have bought toys for needy children or food,” Gutier said.

Delegates will be casting their vote today, but they won't be counted until the beginning of next year.