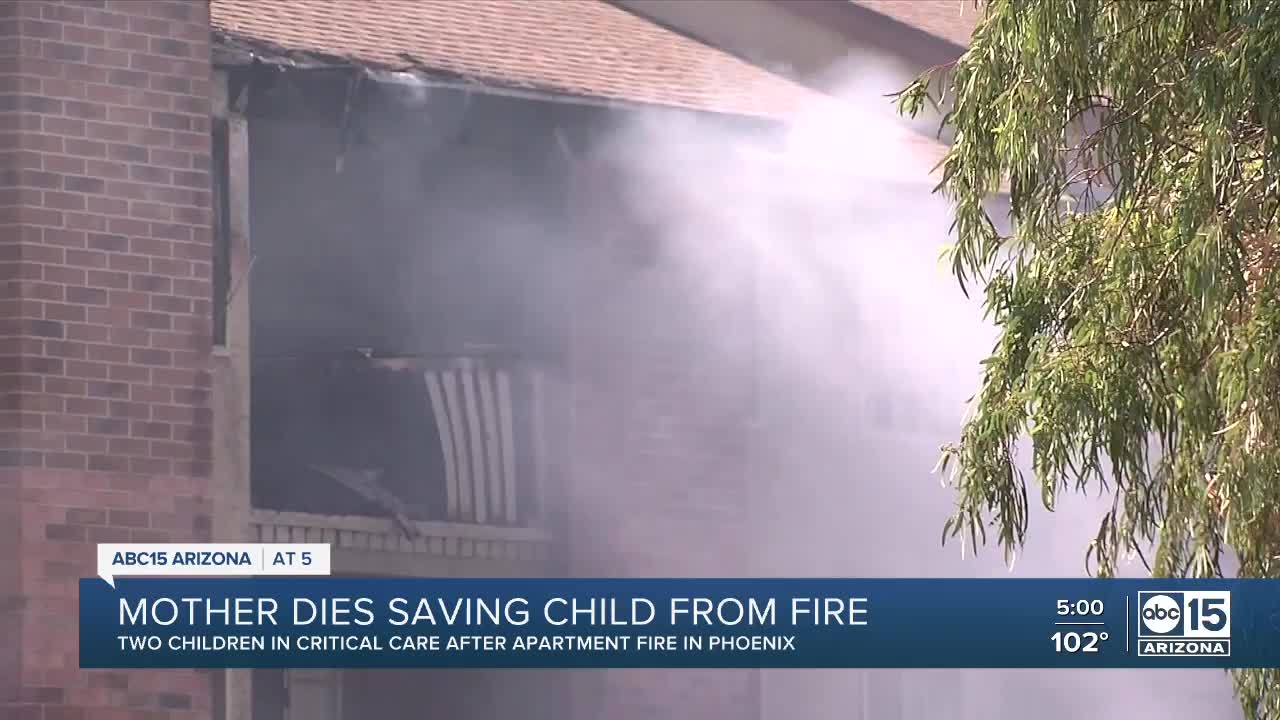 A Phoenix mother died while saving her children from an apartment fire. 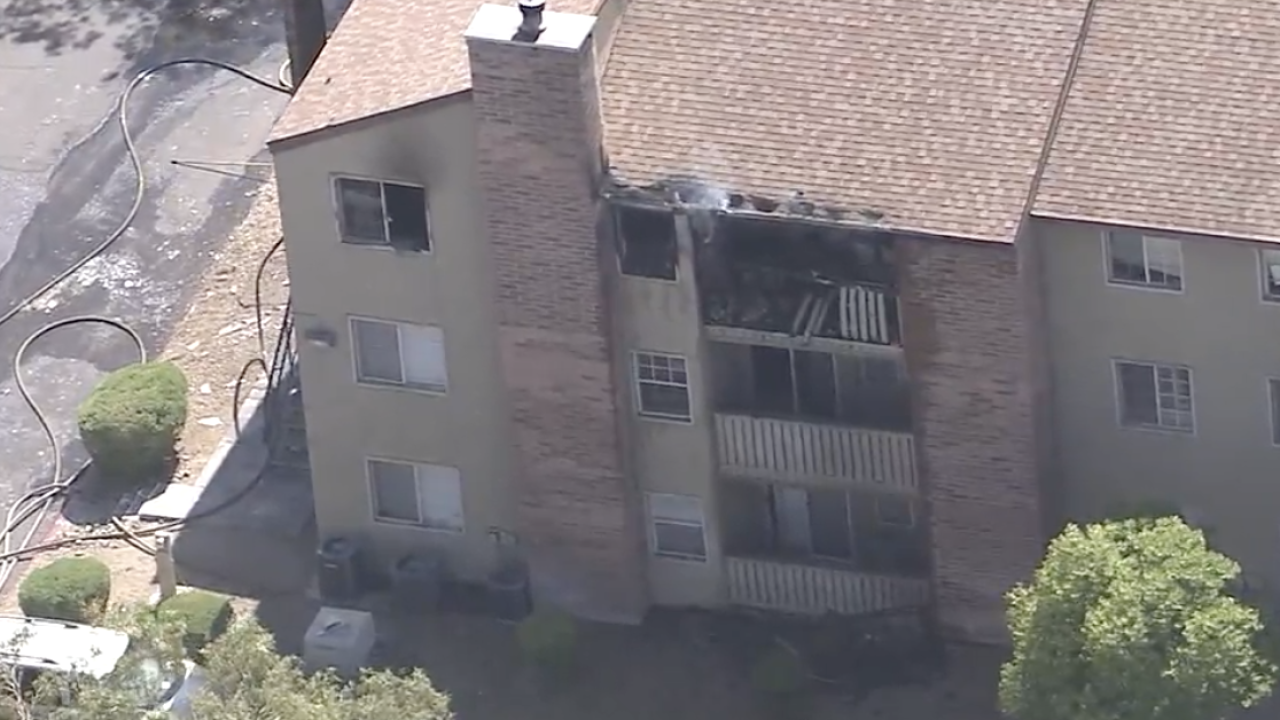 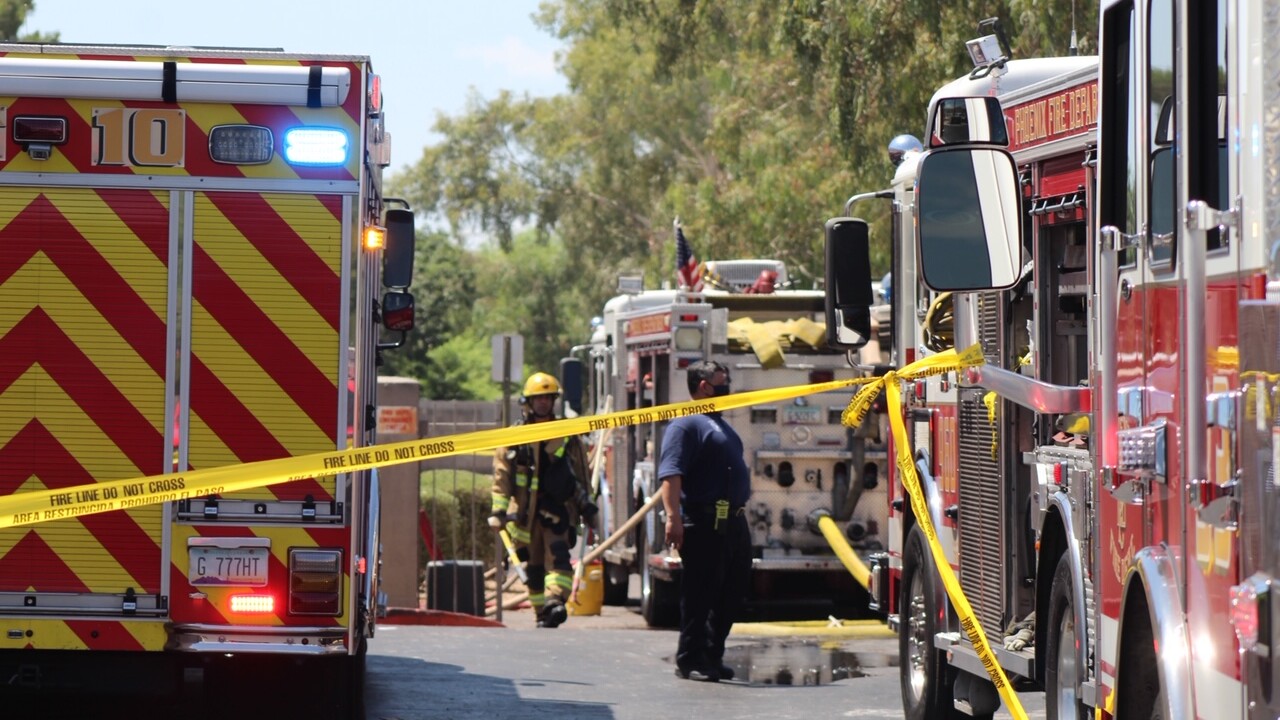 PHOENIX — Phoenix fire officials say a woman was found dead after an apartment fire Friday morning in Phoenix that also sent her two children and another woman to the hospital.

Crews were called to the building near 19th and Dunlap avenues around 9 a.m. for a second alarm fire after people in the area noticed flames above the roof-line of the three-story building.

When firefighters arrived, they found heavy smoke and flames coming from the building, as well as people trapped on the second floor. A ladder was used to help multiple people get down to safety.

About 100 firefighters responded to battle the flames.

Fire officials say once the flames were put out, investigators entered the building and found the body of 30-year-old Rachel Long.

Williams said she saw Long, who was on fire herself, throwing her other child over the balcony.

"She threw the second child over the balcony," said Williams. "She was burning but she just didn't make it out. She was a good mother she did everything. go to the pool every week, every weekend, doing stuff with their kids."

"We lost everything," said Pugh.

"There were two apartments that lost everything, we were one of them," said Durr.

The fire came into their apartment, forcing the parents to throw their four-year-old son and small dog over the three-story balcony to safety. Thankfully there were good Samaritans on the ground to help catch both safely. Pugh jumped, suffering minor injuries, and was admitted to the hospital, but was later released. Durr was able to use a ladder to get down.

Up to eight units were damaged and the American Red Cross was dispatched to help the occupants impacted.

No firefighters were hurt. The cause of the fire remains under investigation.