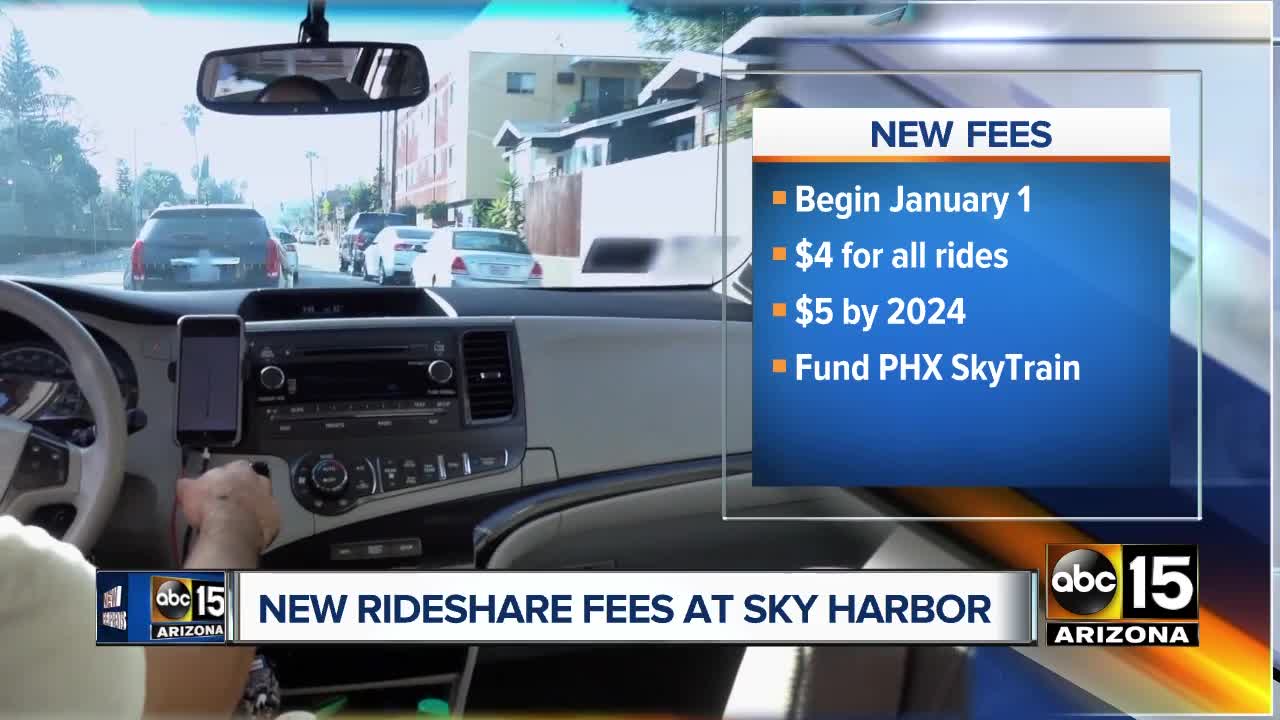 Council members voted 7-2 Wednesday to charge companies such as Uber and Lyft a $4 fee for each ride to and from the airport starting in 2020. 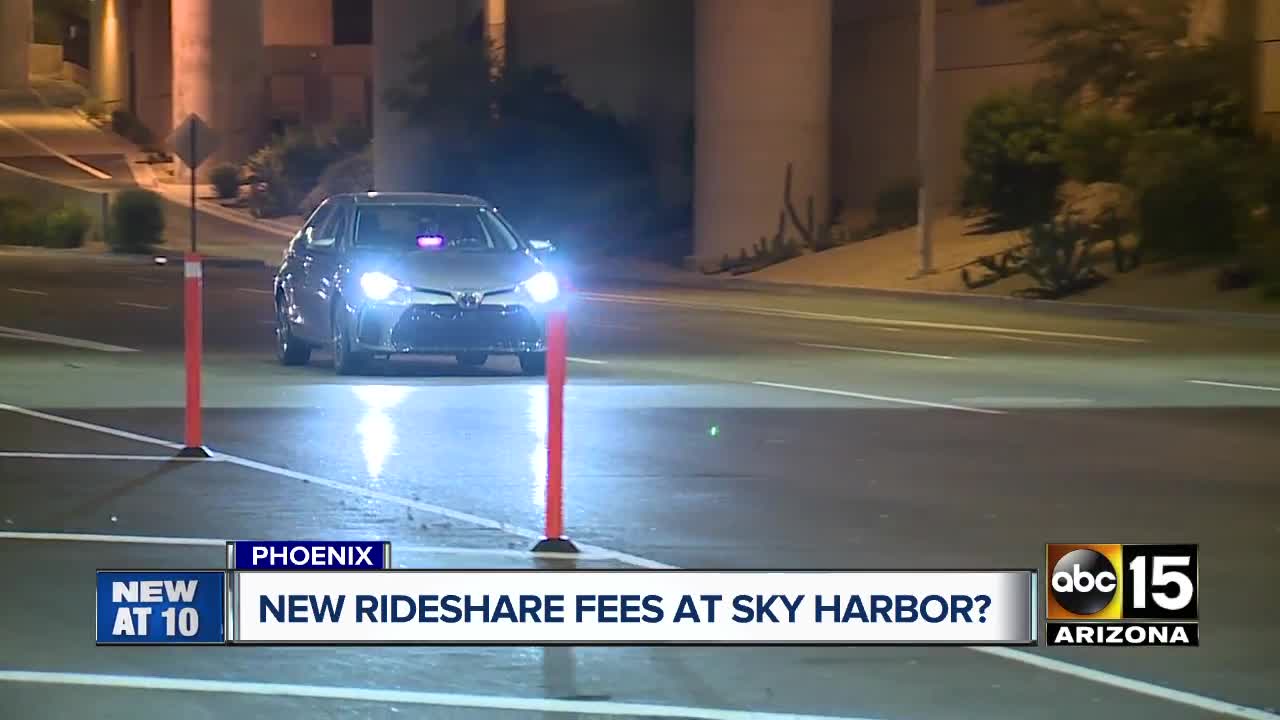 PHOENIX — Arizonans and thousands of weekly visitors will have to pay more to travel to and from Sky Harbor International Airport.

On Wednesday in a 7-2 vote, the Phoenix City Council approved a fee increase that would raise the amount riders pay to get picked up from the airport and add an entirely new drop-off fee.

The monetary increase has spurred heated debate. Rideshare giant, Uber, sent out emails to Phoenix customers Monday urging them to petition Mayor Kate Gallego and the Phoenix City Council to vote down the proposal.

So how does it impact you?

Before the measure passed, the airport charged customers $2.66 to pick-up a rideshare car from the airport and no fee for drop-off. Now, that pick-up fee will increase to $4.00 and there will be a brand new $4.00 fee to have a rideshare drop off at Sky Harbor. Starting January 1, 2020, that would mean $5.34 more per round trip.

The fee will also increase annually after 2020, eventually charging $5.00 for each direction in 2024.

The city says the increase is long overdue after Sky Harbor made the decision to cut the fee in recent years. This new fee increase will put Sky Harbor among the priciest rideshare airports in the country.

"No consumer wants to pay more money," said John Campo, who was hailing a Lyft from Terminal Four. "If everything is already going along fine, why do they have to change it? Except that they want more money to put in their pockets for something."

The city says they will still offer "curb drop-off and pick-up service" while "other nearby, peer airports, such as Las Vegas, San Diego, and soon LAX, [the] customers are required to pick up TNCs at a remote location like a parking garage, a rideshare center, or take a shuttle."

The city, which looked into rideshare fees and issues at the airport for more than a year, says the fee will help reduce traffic congestion around the terminals and improve infrastructure like "WiFi, branded signage and pick-up/drop-off at the terminal curbs."

"If they are using the money for infrastructure, I am all for it. Because we have a growing metropolis," said Arizonan Chris Pelchat.

Lyft said in a statement that, "This tax unfairly burdens riders who rely on Lyft for affordable and convenient transportation to and from the airport with funding the $26 million needed to complete the Airport SkyTrain construction."

Under Sky Harbor’s proposal, rideshare providers and customers could work around the fee if they are willing to give up some convenience. The fee would drop down to $2.80 each way if pick up and drop off occur at the 44th Street PHX Sky Train station.

Drivers are not wild about the increase either, because the increased payment from customers will not go to their wallets.

"Right now, I don’t think the charges are that extravagant compared to New York or LAX. But I don’t think the drivers are going to see any benefit from it. It will strictly be the company charging the passenger and then passing it along to the airport," said Jay Van Spyker, who has driven for Uber/Lyft for two years. "I’ve seen a 21% reduction in my income over the past couple of years, [but] I probably won't see any [increase]."

“This tax unfairly burdens riders who rely on Lyft for affordable and convenient transportation to and from the airport with funding the $26 million needed to complete the Airport SkyTrain construction. The immediate 200% fee increase and eventual $10.00 combined fee would make Sky Harbor one of the most expensive airports for rideshare users in the country. Lyft urges the Council to consider a more fair and equitable solution to paying for Airport infrastructure plans.”