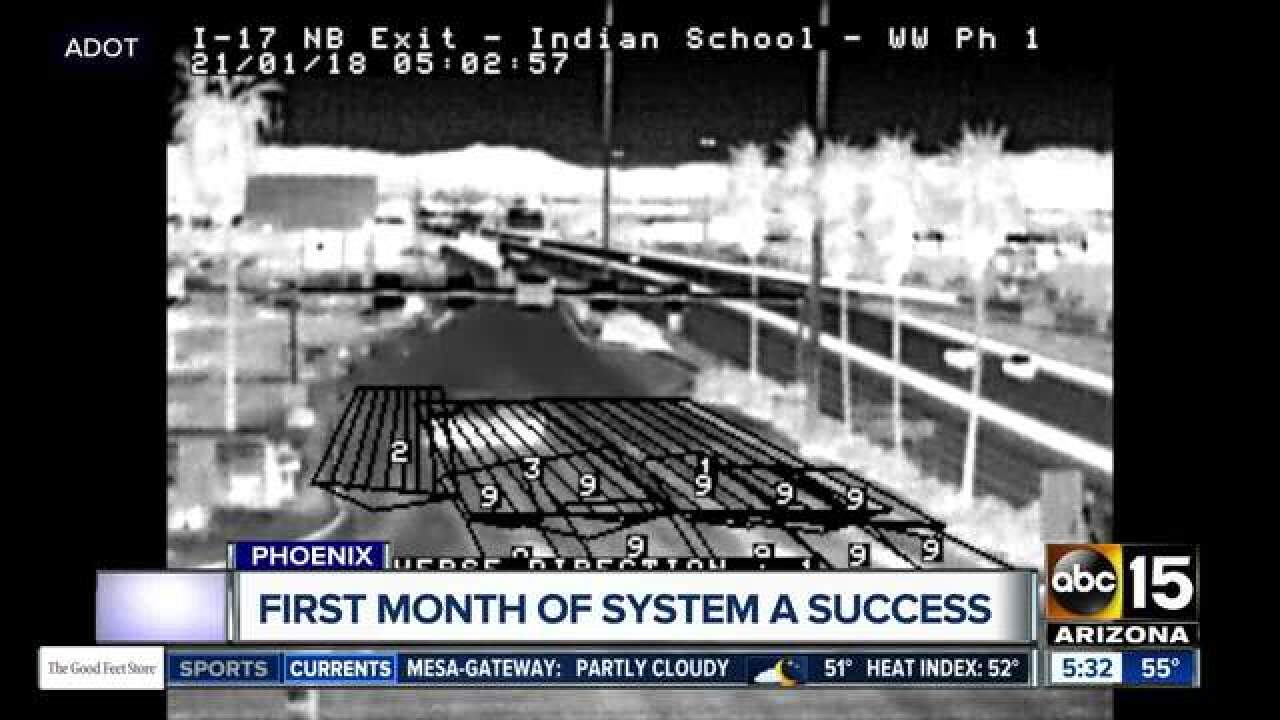 In an effort to keep everyone safe from wrong-way drivers, a new detection system is up and running along a Valley freeway.

The Arizona Department of Transportation's $3.7 million wrong-way detection system became fully operational about a month ago. Thermal cameras are placed at off-ramps along the Interstate 17 between the Loop 101 and Interstate 10.

When a driver attempts to enter the wrong-way, the system activates. The wrong-way driver will see a flashing 'Wrong Way' sign equipped with LED lights. The system will notify DPS and drivers will also see a warning on overhead boards.

"We can't say it's a prevention system, but we can say the effort is there to reduce the risk," said ADOT spokesperson Doug Nintzel.

According to Nintzel, since the system became operational, four drivers have tripped the system. Most turned around before making it onto the freeway, possibly a result of seeing the flashing sign.

According to Nintzel, ADOT will be able to compile valuable information, such as where most of the wrong-way detections are taking place.