Accused killer of Kiera Bergman due in court Friday 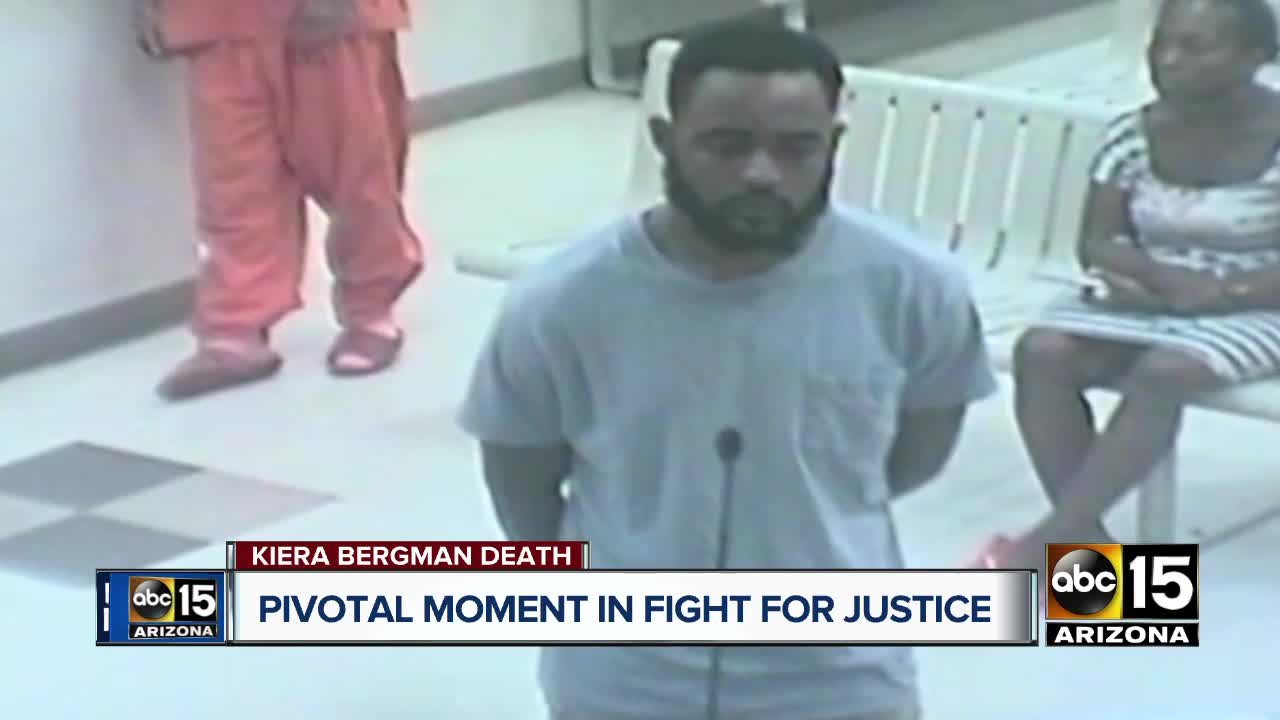 PHOENIX — It has been one year since Kiera Bergman went missing.

Her story garnered national attention for weeks in August of 2018 after the 19-year-old went missing just hours after leaving work.

Roughly a month after her disappearance, her body was found near State Route 85 in Buckeye. Police arrested her ex-boyfriend, Jon-Christopher Clark, and charged him with Kiera's murder.

No murder weapon was ever discovered, and her cause of death was undetermined.

August is no longer a happy month for Chris Bragg.

"It's been a very difficult time. She left our other daughter with no sister, that was her best friend," Bragg said.

Bragg, the father of Kiera Bergman, anguished the entire month last year after his daughter was missing. She was finally found September 3, her body decomposing in the desert.

"I don't know how he could've disposed of her alone," said Bragg. "I definitely think there was someone else involved."

Jon-Christopher Clark is currentlythe only person charged with Bergman's murder.

"But all the evidence they have against him is circumstantial," said Bragg.

Detectives never found DNA on Bergman's remains or at the crime scene. They were not even able to determine the cause of death.

Detectives still made the arrest, writing in court documents that Clark was a physically abusive and manipulative boyfriend.

They also say he was the last one to see Bergman alive, and they say her cell phone was turned on days after she was last seen, and it connected to the same Wifi as Clark's phone. Police believe the boyfriend continued using her phone, but it was never found.

"To me, it's pretty obvious," said Bragg.

Clark's attorney though does not think the evidence is very strong.

In fact, he filed a motion claiming that state prosecutors mislead the grand jury to secure the second-degree murder charge.

He is now asking the judge to send the case back to the grand jury "for redetermination of probable cause."

He said that the state used "false and misleading testimony" and "failed to present the evidence fairly and impartially" to the grand jury.

The Maricopa County Attorney's Office responded to the motion asking the judge to "deny [the] Defendant's motion...because the Defendant was not denied any substantial procedural right, there was no false or misleading testimony warranting a remand, and any errors were harmless."

On Friday, the oral arguments will be heard in court.

The trial is currently scheduled to begin in early November. The attorneys involved estimated in court documents that the trial could last six weeks.

"I'll be there. My whole family plans on being there," said Bragg.

The defense is already gearing up for a trial, requesting discovery and dozens of the state's evidence materials, ranging from Google data to decrypted iPhones, to Wal-Mart surveillance video.

Bragg said his family has been working with domestic violence groups in their hometown of San Diego, to keep Kiera's memory alive.

He hopes other young women remember his daughter, both her life and death.

"I hope that they can get the courage to get away from [a bad] situation, knowing that any day could be their last one with someone who is abusive like that," he said.