A mariachi child genius breaking down stereotypes about immigrants 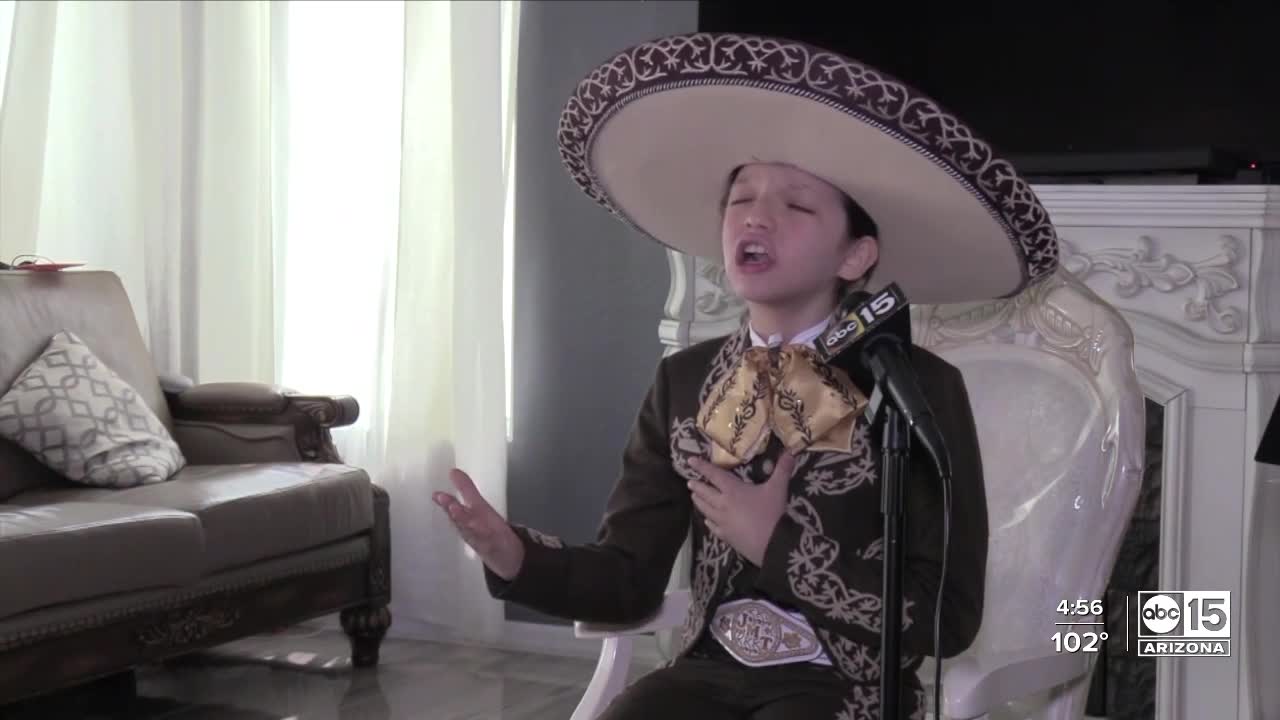 Meet the 12-year-old who's studying to be a neurosurgeon at Arizona State University -- and loves mariachi.

PHOENIX — Christian Armanti is 12 years old and is already on his way to becoming a neurosurgeon.

“I started at MCC (Mesa Community College) when I was 10 years old. I was there for two years and got my Associates in science. This fall semester I started at ASU in biomedical engineering. I’m in what’s called a three plus one program where I do my Bachelor’s in two years and my masters in one,” stated Armanti.

Armanti was born and raised in the U.S. by Colombian and Venezuelan parents, he’s an only child and says his education achievements wouldn’t be possible without his parents.

“They’ve been everything. My mom helps me with everything, takes me to school and waits for me. My dad helps me at home with homework.”

He is a standout on stage and in school. Armanti says he still remembers when his mom took him to his first college class and people thought she was the student.

“They were just shocked because they thought I was going to daycare.”

He went from second grade to fourth grade and then to college.

“When I was 8 years old they had already told me I was ready for college. My mom homeschooled me for about a year and that’s when she realized I was ready.”

I asked him how he manages to handle all the pressure at such a young age, he responded that it has been all thanks to mariachi music.

“A lot of my success and how I focus it’s because of mariachi music. It helps me to get a break from school and I really enjoy doing it.”

Armanti is part of Mariachi Juvenil de mi Tierra in the Phoenix metro area. He met a member of the band at Mesa Community College and decided to join the group.

His parents are both immigrants from Colombia and Venezuela and had dreams of Armanti becoming an opera singer, but Armanti fell in love with the Mexican culture.

“I’m originally from the United States, but I describe myself as a Colombian-Venezuelan-Mexican. Those countries really encompass what my personality is,” expressed Armanti.

Growing up in Arizona, he says, he’s seen a lot of discrimination towards immigrants. His goal is to break down any stereotypes.

“My background is from another country, but that doesn’t mean that we’re not capable of doing just the same thing or more than people from the United States or somewhere else,” said Armanti.

But his talents go beyond Mariachi. He not only is expected to become a neurosurgeon before he can legally drink in the U.S., he can also play the trumpet, piano, dance, and act.

Another one of his attributes, his resemblance to famous Mexican singer, Luis Miguel.

“People from Mexico and Latin countries tell me that, but people from the U.S. tell me I look like Mick Jagger. I think I look like both of them,” laughed Armanti.

As the world faces unprecedented times, he hopes his message can inspire others, especially immigrants. He hopes that it can inspire them to dream big and to believe anything is possible.

“No matter where you’re from, you can be from Asia, South America, Mexico. It doesn’t matter the country, the age, size, nothing matters. What really matters is what’s inside of you, if you’re a good person.”

Because he says everyone has their own strengths.