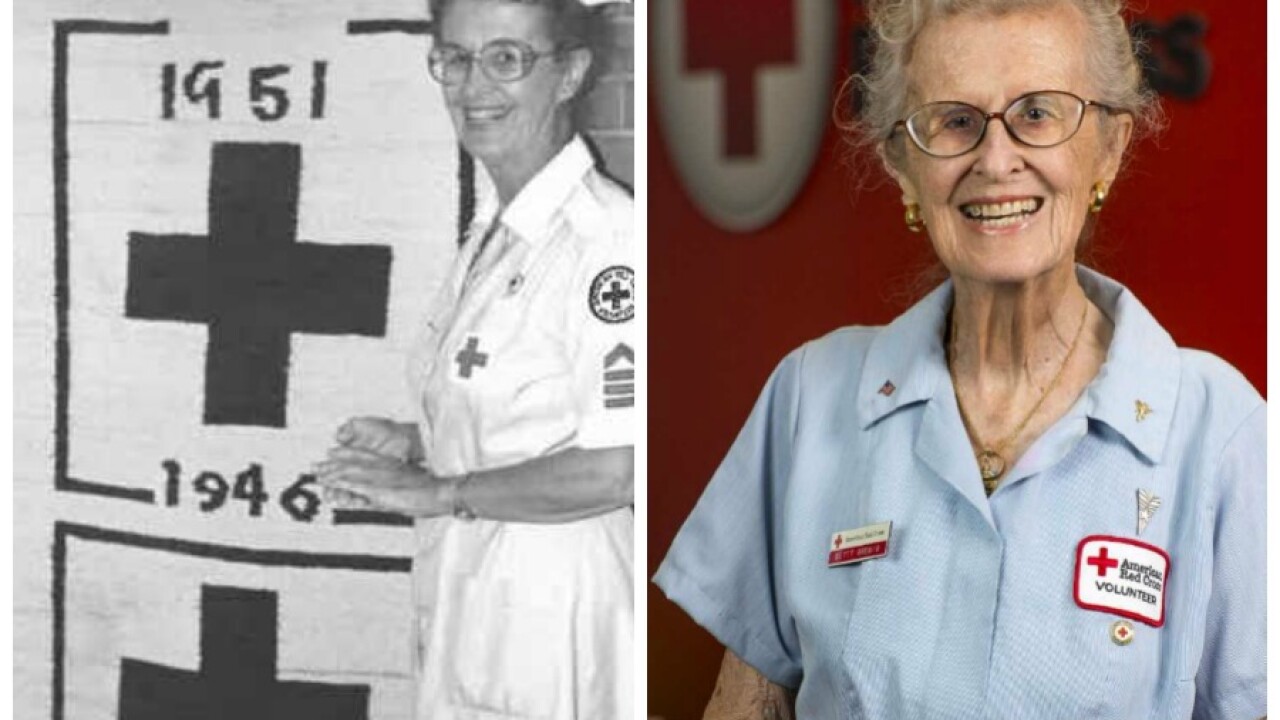 PHOENIX — The Red Cross paid tribute this weekend to 97-year-old Scottsdale resident Betty Grenig, who has volunteered with the organization for 80 years.

According to the Red Cross, Grenig is the oldest and longest-serving volunteer in the organization’s history.

Grenig began volunteering as a teenager, knitting socks for service members. She also volunteered for more than 20 years at Luke Air Force Base in Glendale where she helped with office work for the medical unit.

Grenig “retired” in 2010 but quickly changed her mind because she wasn’t done donating her time. She now helps build packets to take on disaster responses and organizes volunteer recruitment material.

“Betty is an example of community stewardship we all aspire towards,’’ said Danielle Rudolph, Senior Volunteer Recruitment Specialist for the Red Cross Arizona-New Mexico-El Paso Region.

Grenig was honored at an awards ceremony Saturday, and now has an award named in her honor. The Betty Grenig Service to the Armed Forces Award was presented to KD Kannenberg of Phoenix.

Other award winners are:

For more information about volunteering or donating, please call the Red Cross Greater Phoenix Chapter at 602-336-6660 or go to RedCross.org/Arizona.