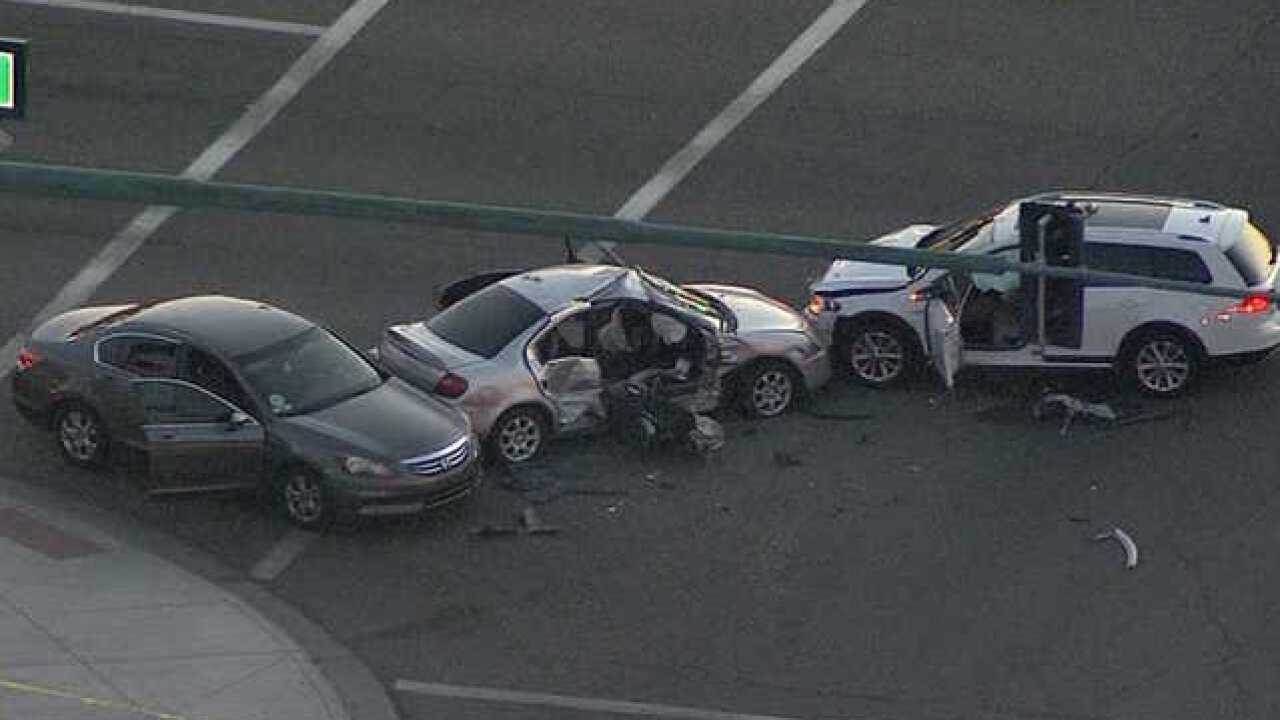 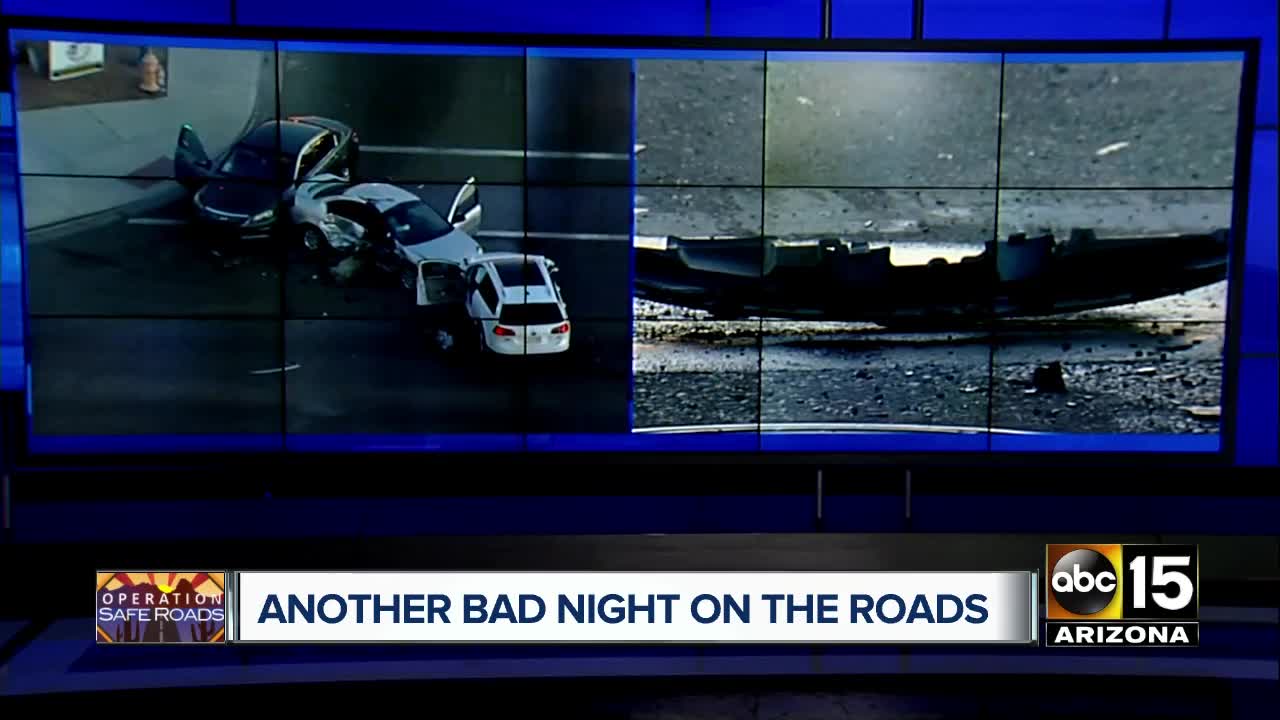 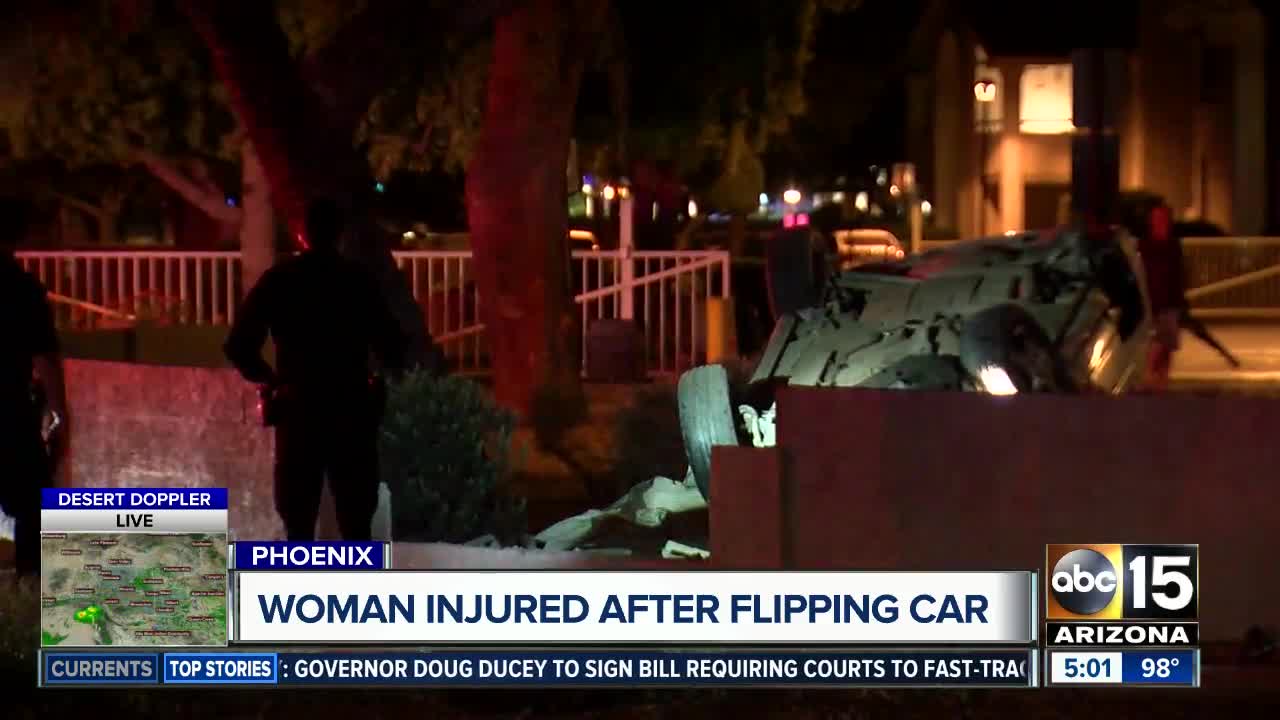 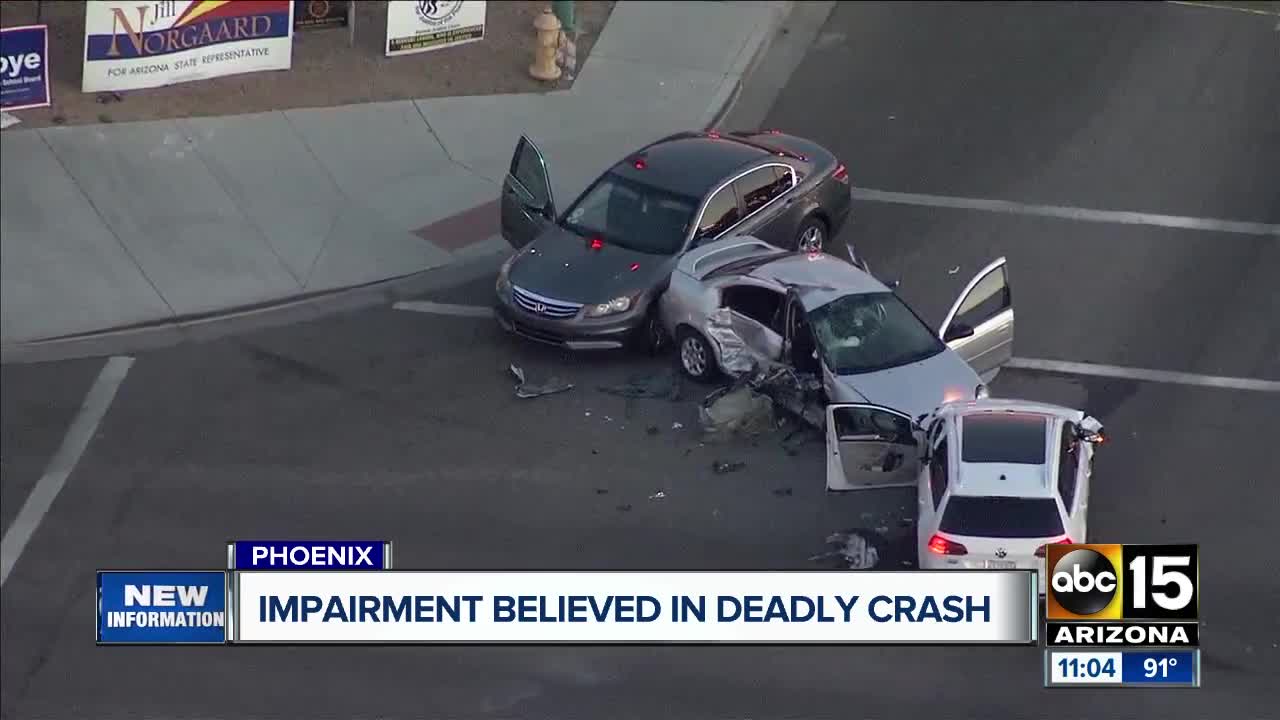 Two separate crashes in the Ahwatukee area left one woman dead and another with serious injuries.

According to Phoenix fire officials, responding crews had to perform life-saving measures on a woman who was injured a crash near 48th Street and Chandler Boulevard.

She was taken to the hospital where she died from her injuries, officials say. She has been identified as 66-year-old Angie Rodriguez.

Phoenix police said Rodriguez was the passenger in a Dodge Neon. Witnesses told police the vehicle was traveling westbound on Chandler Boulevard when the driver made a left turn in front of a Volkswagen Golf. The impact of the crash caused the Neon to collide with another vehicle.

The driver of the Neon showed signs of impairment. Arrest and charges are pending.

According to information from the scene, a woman in her 30s flipped her vehicle after jumping a ravine.

The car caught fire and was put out by a Good Samaritan with a fire extinguisher. The woman was extricated from the vehicle by fire crews and taken to the hospital for treatment.

Officials told ABC15 that speed and impairment are believed to be factors in this crash.