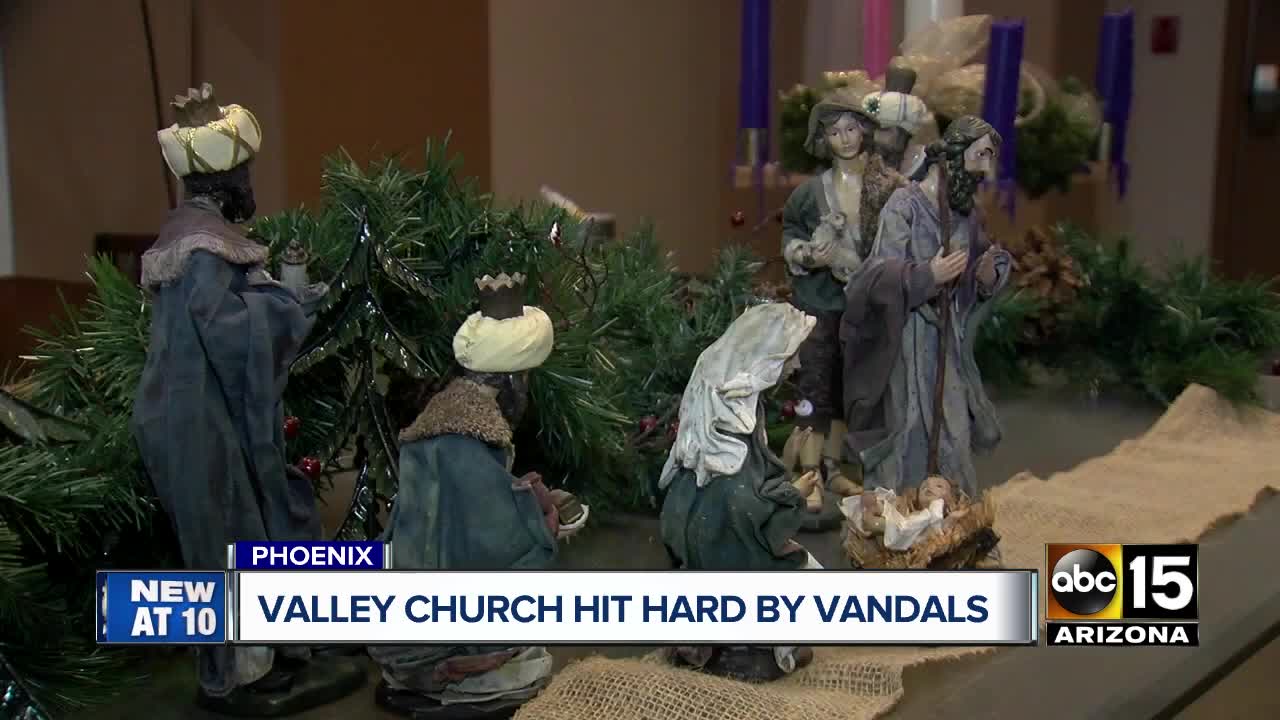 An Ahwatukee church was left to clean up a huge mess after they were vandalized early Friday morning. 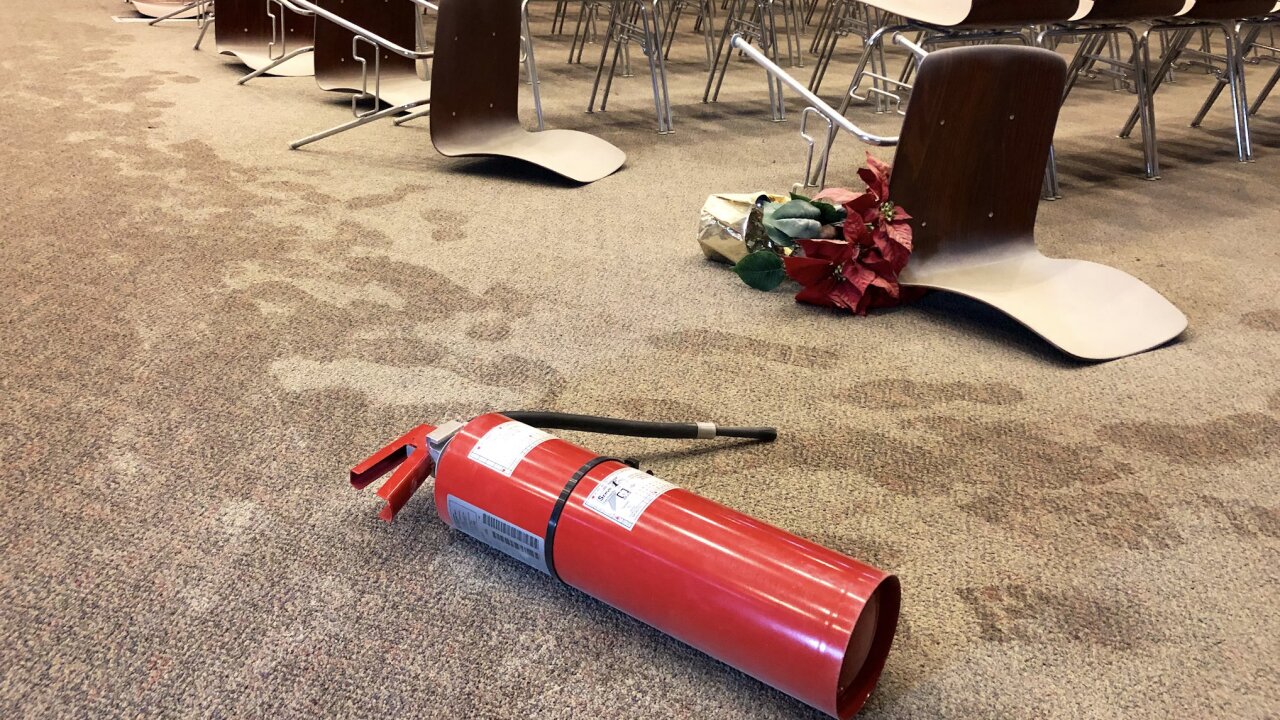 AHWATUKEE, AZ — An Ahwatukee church was left to clean up a huge mess after they were vandalized early Friday morning.

Church personnel at Desert Foothills United Methodist Church say around 2 a.m. on Friday a vandal or vandals got in through a side door that had been left open and started to destroy the inside.

Kevin Chadwick, a board member with the church described it as a dust storm inside.

"The heat was on, it just circulated it throughout the building."

The church has been forced to close their doors as restoration crews now work to clean up the dust that is on almost every surface and object in the building.

Tonight: @DFUMC is cleaning up after they were broken into and vandalized. Fire extinguishers we’re discharged causing massive damage throughout the church. pic.twitter.com/KxfbL47I25

Estimated cleanup that could take at least a week, maybe longer.

Desert Foothills United Methodist Church Pastor, Kristin Longnecker Hansen, posted a statement saying in part: "The best thing everyone can do to support us now is do good in our community and continue good work."

"We don't know the motives behind it, we certainly wish it didn't happen and we'll just go and keep doing the good work that we do," Chadwick said.

Sunday services had to be canceled, instead the church will hold a prayer service and brunch at Early Baker in Ahwatukee, Sunday morning at 10:30 a.m.