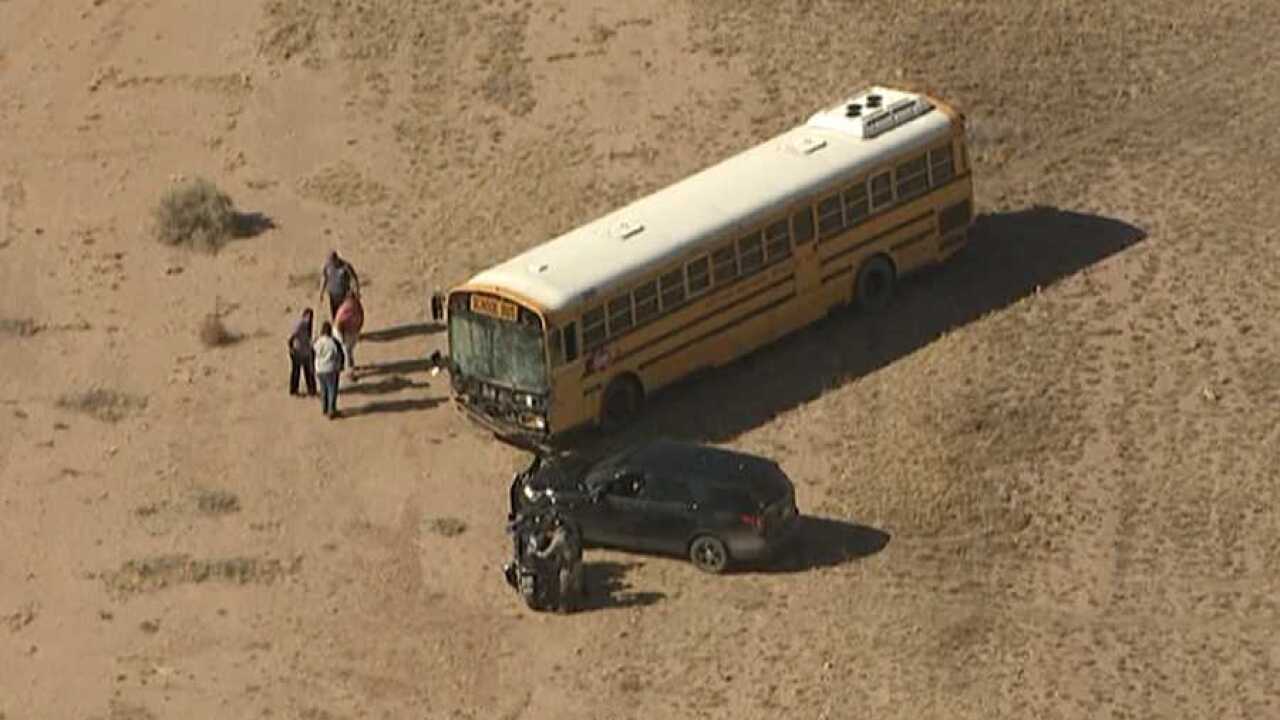 AHWATUKEE — A Tempe School District bus crashed after going off the road in the area of 40th Street and Pecos Road Thursday morning, according to Captain Rob McDade, the Public Information Officer for the Phoenix Fire Department.

The Phoenix Fire Department was dispatched to the area around 9:30 a.m. for reports of a school bus that went off-road. When crews arrived, McDade says they found the bus with only a driver inside.

There were no children on the bus, according to McDade.

Aerials from the crash scene show a shattered windshield and deflated tires on the bus, which was stuck in a desert area.

Bart Graves, a Media Relations Specialist for the Department of Public Safety, said the bus driver sustained injuries and was transported to an area hospital for treatment.

At this time, it is unclear how the bus ended up in the field off the main road, McDade said.

DPS will be investigate the cause of the crash, which is unknown at this time.