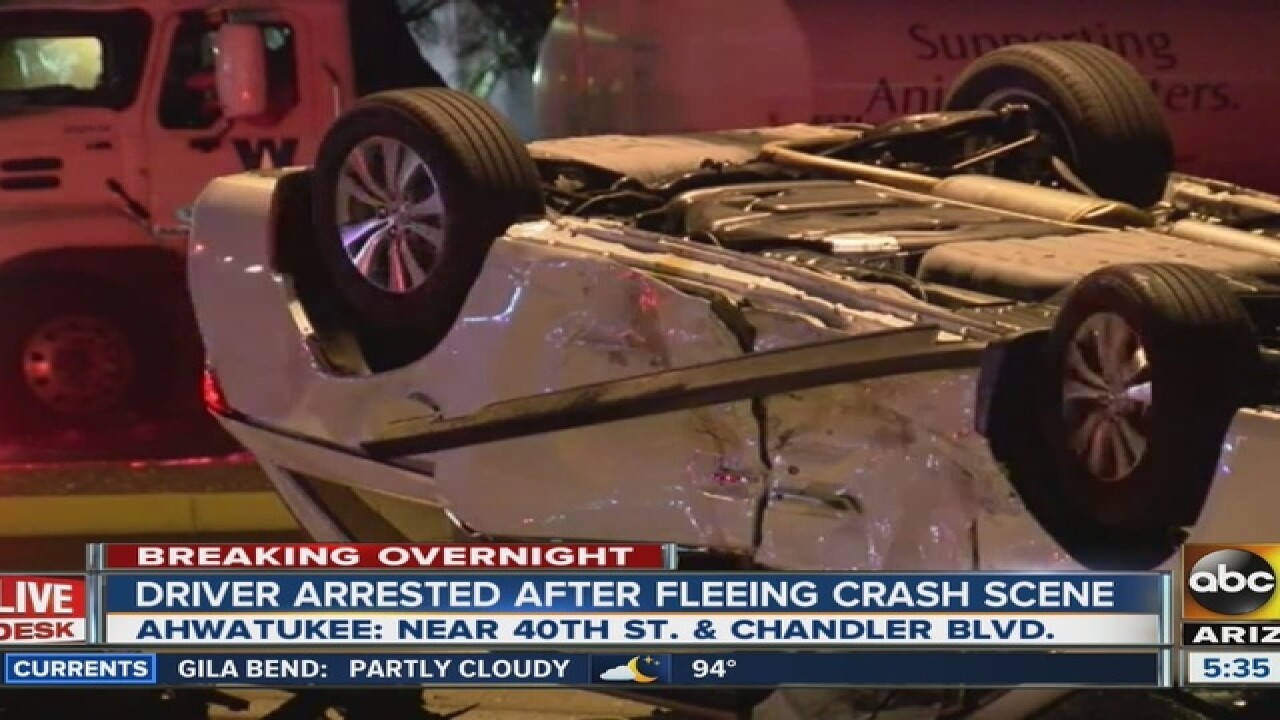 Phoenix Police say a driver of an SUV will be charged with DUI after causing a rollover crash in Ahwatukee early Thursday morning.

According to police, an SUV reportedly ran a red light near 40th Street and Chandler Boulevard, colliding with a minivan.

The driver of the SUV took off on foot, but was found hiding in nearby bushes. He told police his SUV was stolen, but he had left his wallet inside.

The driver of the minivan and his wife, who is 20 weeks pregnant, were taken to the hospital. They are both expected to be OK.