Man dies after crashing vehicle into wall in Ahwatukee 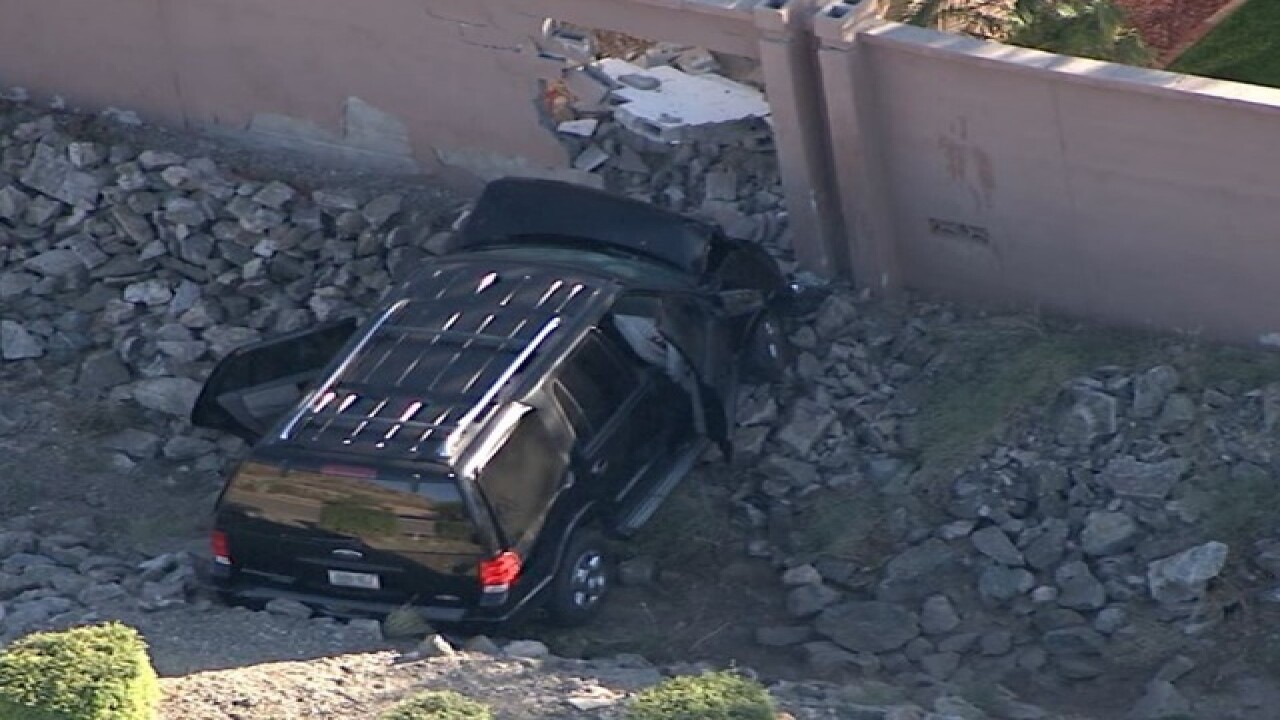 A man in his 50s has died after police believe he crashed his vehicle into a wall in Ahwatukee.

Police were in the area of Chandler Boulevard and Desert Foothills Parkway around 3:30 p.m.

They say the man, who was the only occupant in the vehicle, was taken to a hospital after crashing into a wall. The man was pronounced dead at the hospital.

Police are still investigating the collision and will have the roadways closed for several hours.