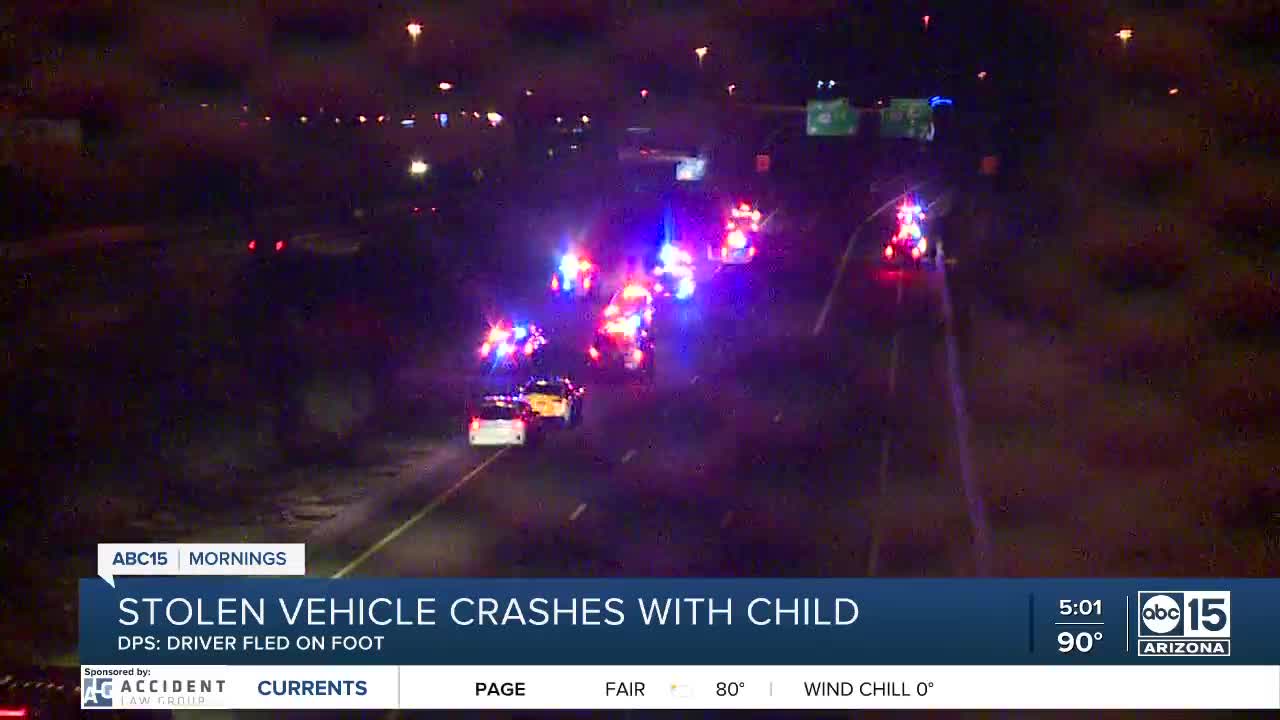 A driver fled after crashing a stolen vehicle, leaving a child behind.

A driver fled the scene of a crashed stolen vehicle overnight, leaving a child in the backseat, officials say.

Around 11:20 p.m. Tuesday, Phoenix police were called to the area of 16th and Washington streets after a vehicle was stolen. The victim said the car was left running and a 3-year-old child was in the back seat.

Officers located the vehicle near 24th and Monroe streets and initiated a pursuit before officers lost sight of it.

About 45 minutes later, Arizona Department of Public Safety troopers were called to a single-vehicle crash near I-10 and Chandler Boulevard in the Ahwatukee area.

The child was located in the vehicle unharmed.

The suspect fled the scene after the crash and has not been located.

Anyone with information is encouraged to call police or Silent Witness at 480-WITNESS (480-TESTIGO for Spanish).

Police say while an officer was responding to the original call, the officer was involved in an unrelated rollover crash, suffering minor injuries. The officer has since been released from the hospital.