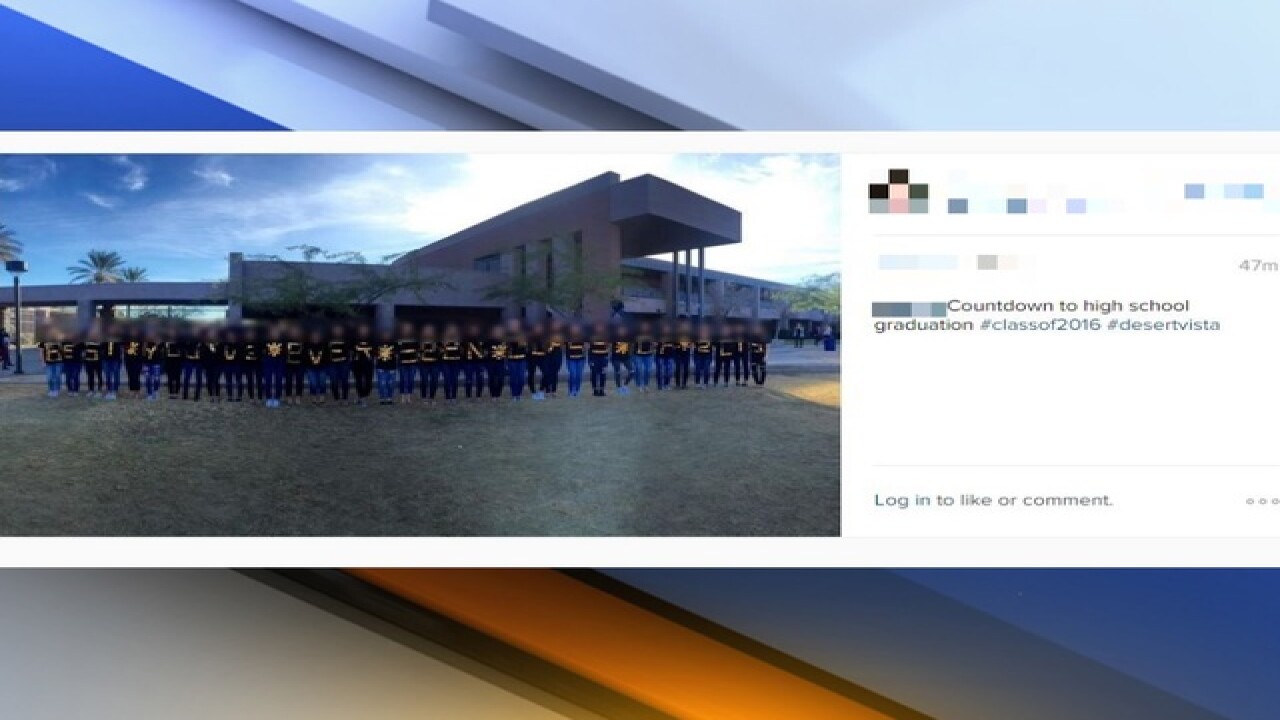 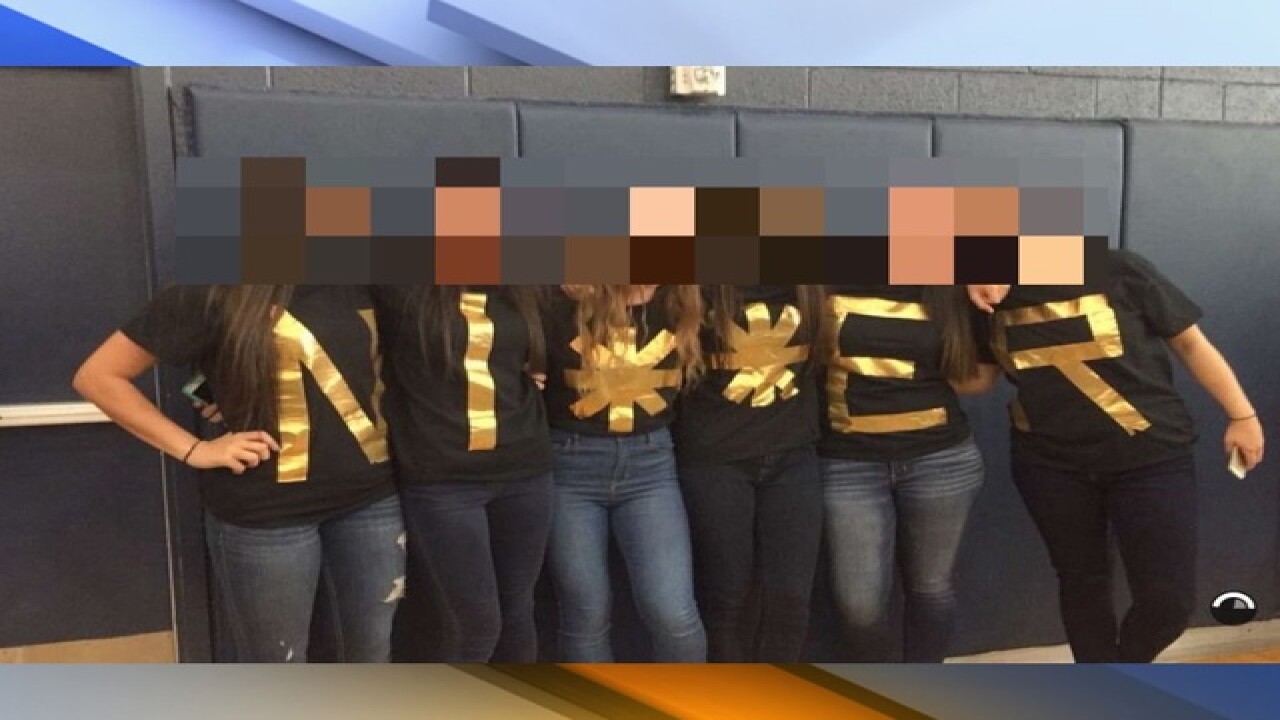 Several Valley high school students are in hot water after donning an offensive message and posting the evidence on social media.

Parents began contacting ABC15 on Friday about a photo that was apparently taken by a group of students at Desert Vista High School in Phoenix and then posted on social media.

In the photo, six girls are seen grouped together smiling while "N-I-*-*-E-R" is spelled out in individual gold letters across their black shirts.

A separate picture from a Desert Vista parent on Instagram showed the girls' lettered shirts as part of a larger message spelling out "BEST*YOU'VE*EVER*SEEN*CLASS*OF*2016".

Jill Hanks, executive director of community relations for Tempe Union High School District, said in an emailed statement, "We are absolutely aware and outraged by this behavior. The students will be disciplined in accordance with district policy and while we don't discuss specific discipline I can tell you that will be addressing the obvious need for sensitivity training in this case."

DVTMI does not condone the actions and behaviors of these students today. You can share your positive thoughts and photos with us from today

A statement in regards to the incident from the Tempe Union High School District's Superintendent Dr. Kenneth Baca said, "It is unacceptable for any racial slur to be used regardless of intent. We need to understand that words matter."

A letter was sent to parents of Desert Vista students from Principal Dr. Christine Barela which read in part:

We want to let you know we share your outrage and disappointment over the actions of a handful of our students today. We want to make it crystal clear those actions are unacceptable and will not be tolerated at Desert Vista. Those actions do not represent who we are as a campus. We can assure you we will discipline these students in accordance with district policy and our student handbook. While we don't discuss individual discipline, we can tell you that in addition, the obvious need for sensitivity training will be addressed.

The photo began going viral Friday afternoon prompting a change.org petition calling for the expulsion of the students as well as the principal to be fired.

As of 7:45 p.m., almost 300 people have signed the petition showing their support.

Note: ABC15 has edited the photos due to the age of the students involved.