AIA: 'No evidence' to prove coaches who got emails from fired Mountain Pointe coach cheated 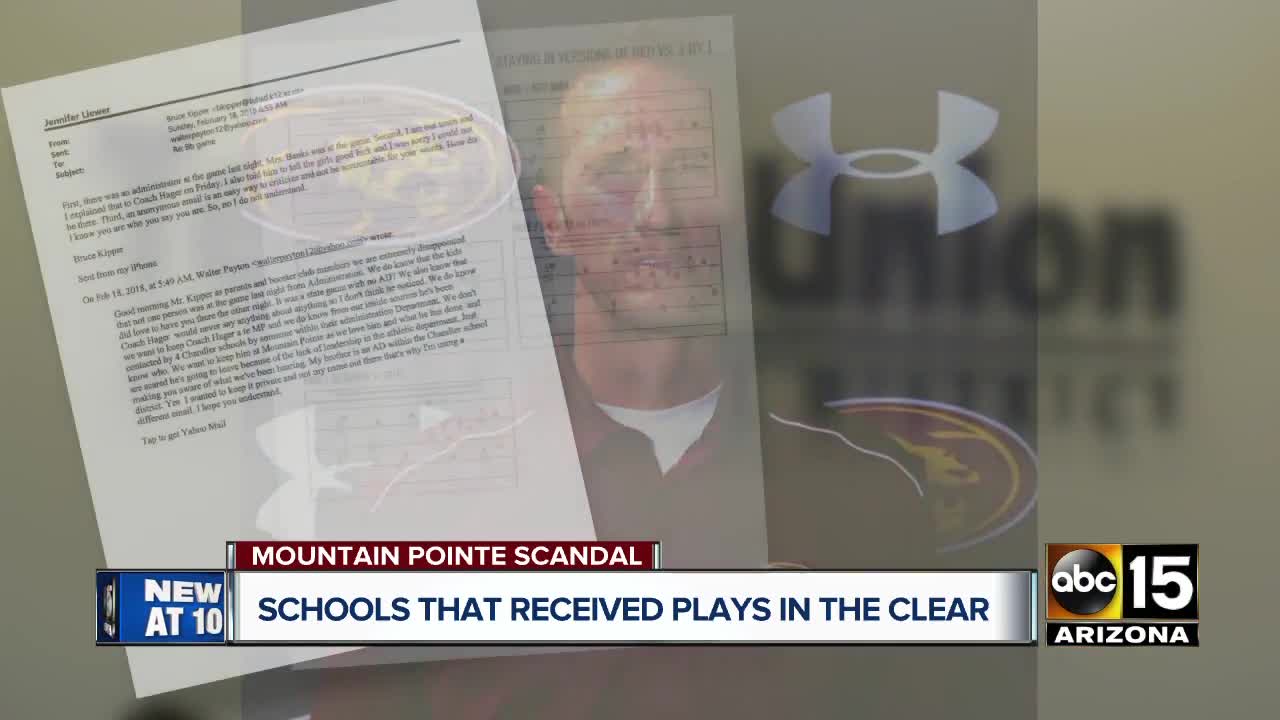 Schools that received plays in the Mountain Pointe high school football scandal are in the clear after an investigation.

PHOENIX — After promising an investigation into the role of opposing high school football coaches in an alleged cheating scandal, the Arizona Interscholastic Association ruled they had no evidence to prove any coaches who got emails from fired Mountain Pointe Assistant coach Justin Hager cheated.

"After doing forensic computer searches of their own people, [school districts] did not find any communication going back-and-forth between this account and their coaches.“ said David Hines, President of the Arizona Interscholastic Association (AIA) Monday.

“Our kids were vulnerable to injuries, loss of scholarships," said David Hinojosa, who has two sons who played under Hager. “Any school that received this information and didn’t report it has no credibility whatsoever.“

Tempe Union officials say Hager's emails went back at least three years, but no school receiving the information reported it to Mountain Pointe coaches, staff or the AIA until earlier this year.

"It’s frustrating from an ethical standpoint," said Hines. "There isn’t any violation to get an email. Especially from someone that you don’t really have any idea who it is, and a lot of those emails from what we understand were deleted.“

Many parents disagree with the AIA's decision. Hinojosa says many feel the lack of discipline sends the wrong message.

“You’ve just opened Pandora’s box," he said. "This will happen again, whether it’s here or somewhere else.”

The AIA says they could re-open the case if they receive new evidence that could justify discipline.