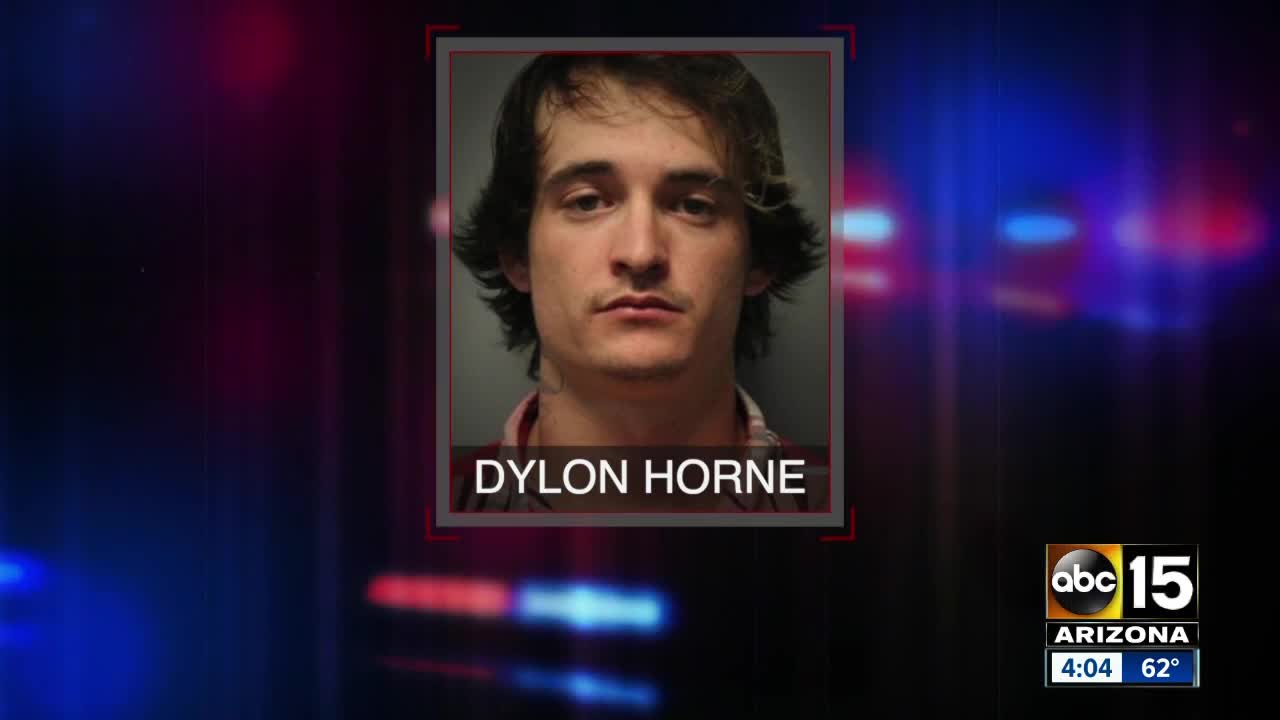 Authorities are searching for a man who stole a vehicle while allegedly intoxicated with two young children inside and then fled after crashing into a truck. 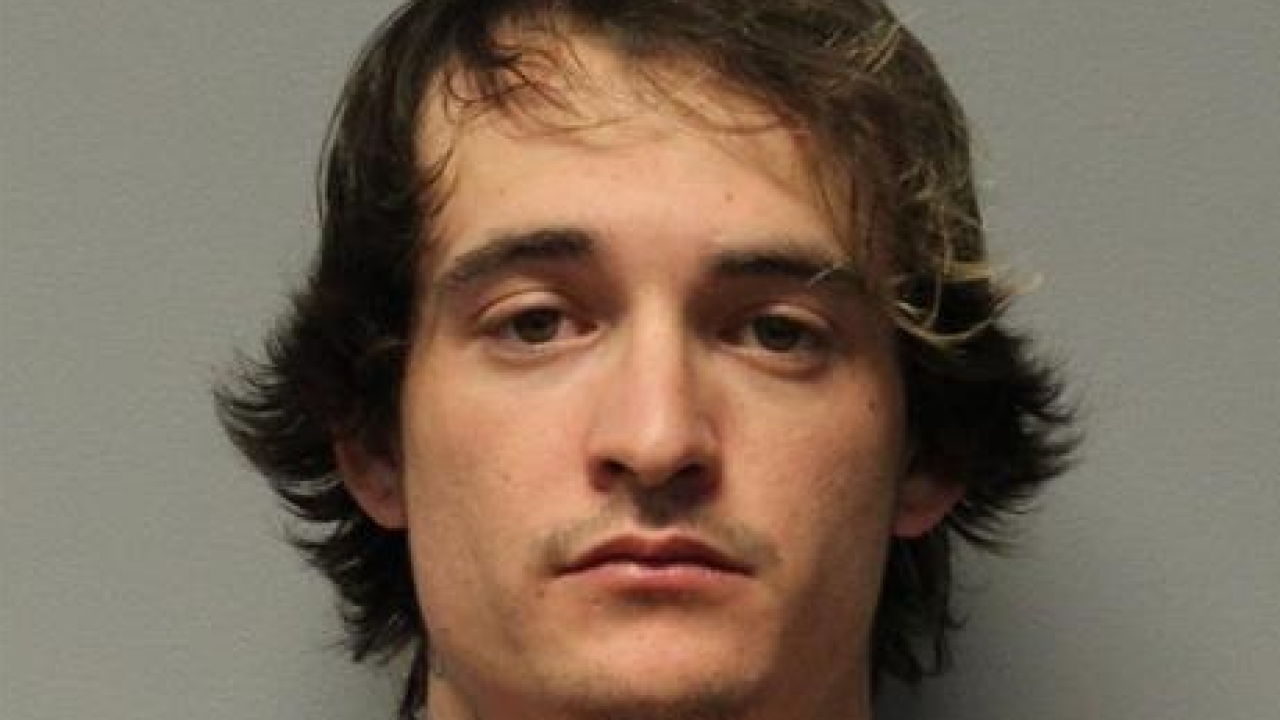 RIMROCK, AZ — Authorities are searching for a man who stole a vehicle while allegedly intoxicated with two young children inside and then fled after crashing into a truck.

According to Yavapai County Sheriff officials, deputies responded to a call of an intoxicated person at a home near Montezuma Avenue and Goldmine Road around 9:30 p.m Friday.

After arriving at the scene, deputies were told that 23-year-old Dylon Horne had unlawfully taken the victim's vehicle with the victim's 3-year-old child and 4-month-old baby inside. The victim reportedly told deputies that Horne was intoxicated.

The victim told deputies that Horne had driven off at a high rate of speed with the children still inside, so the victim and a friend attempted to follow Horne in a separate vehicle. They said they were able to confront Horne at a mini-mart in the McGuireville area, but when they demanded Horne stop and let the children go, Horne sped off again. The victim and friend were unable to follow and called the authorities.

Shortly after, YCSO dispatch received a call that a vehicle matching the victim's description had collided with a pickup truck on Bice Road. The car turned out to be the victim's, but Horne ran from the scene leaving the two children alone in the car in the cold weather before deputies arrived. While abandoning the crash, Horne managed to take the victim's cell phone and credit card.

Deputies responded to the crash and returned the children to their mother unharmed.

Deputies did not say if there was any relation between Horne and the victims.

Horne is described as a white male, 5 feet 10 inches tall, 167 pounds with brown hair and hazel eyes. He has multiple tattoos to include some facial tattoos. Horne's last known address is on Dinky Creek Drive in Camp Verde.

Horne has a statewide extraditable warrant with a $25,000 bond out of the Yavapai County Superior Court stemming from fraud and impersonation charges. He is also facing charges of unlawful use of a means of transportation, two counts of kidnapping, two counts of endangerment, criminal damage and theft from this incident.

Anyone providing information that leads to Horne's arrest will be eligible to receive a $1,000 cash reward. To earn your reward, you must call Yavapai Silent Witness at 1-800-932-3232 or submit a tip at yavapaisw.com.