YCSO: DPS Director Frank Milstead pulled over for speeding, gets warning instead of ticket 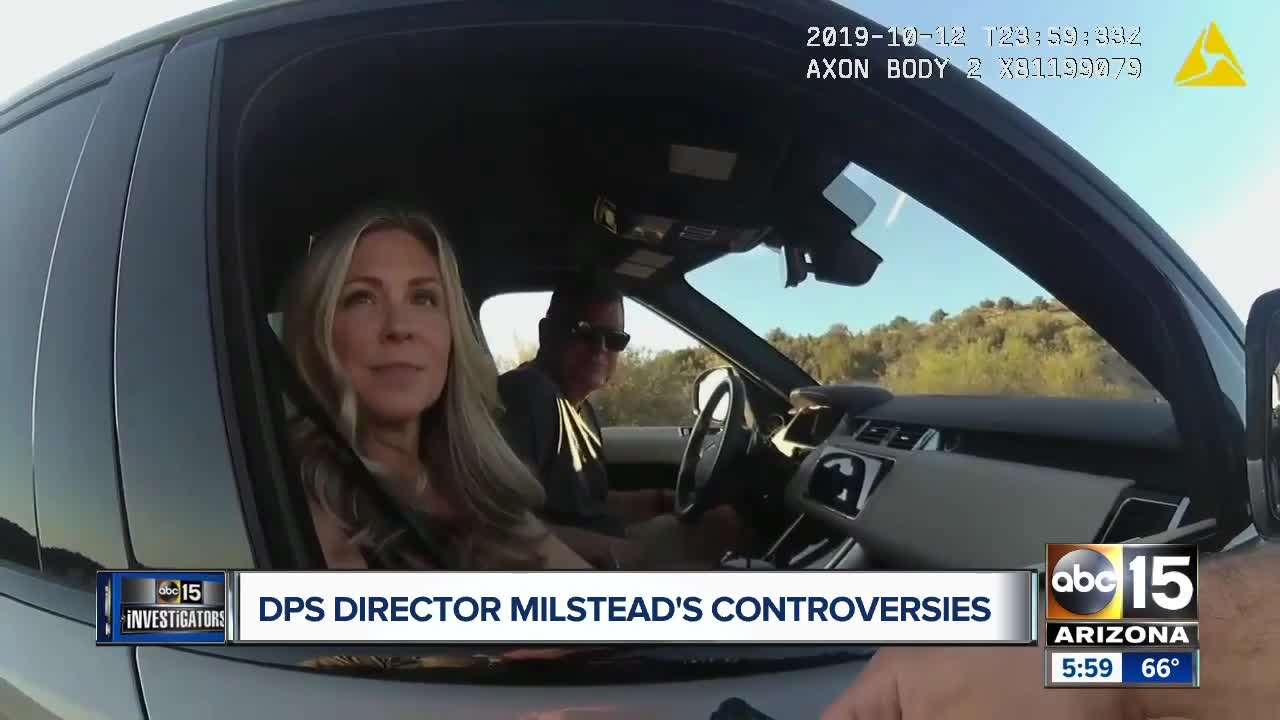 Being pulled over for speeding is just the latest of several controversies that DPS Director Frank Milstead has been at the center of. 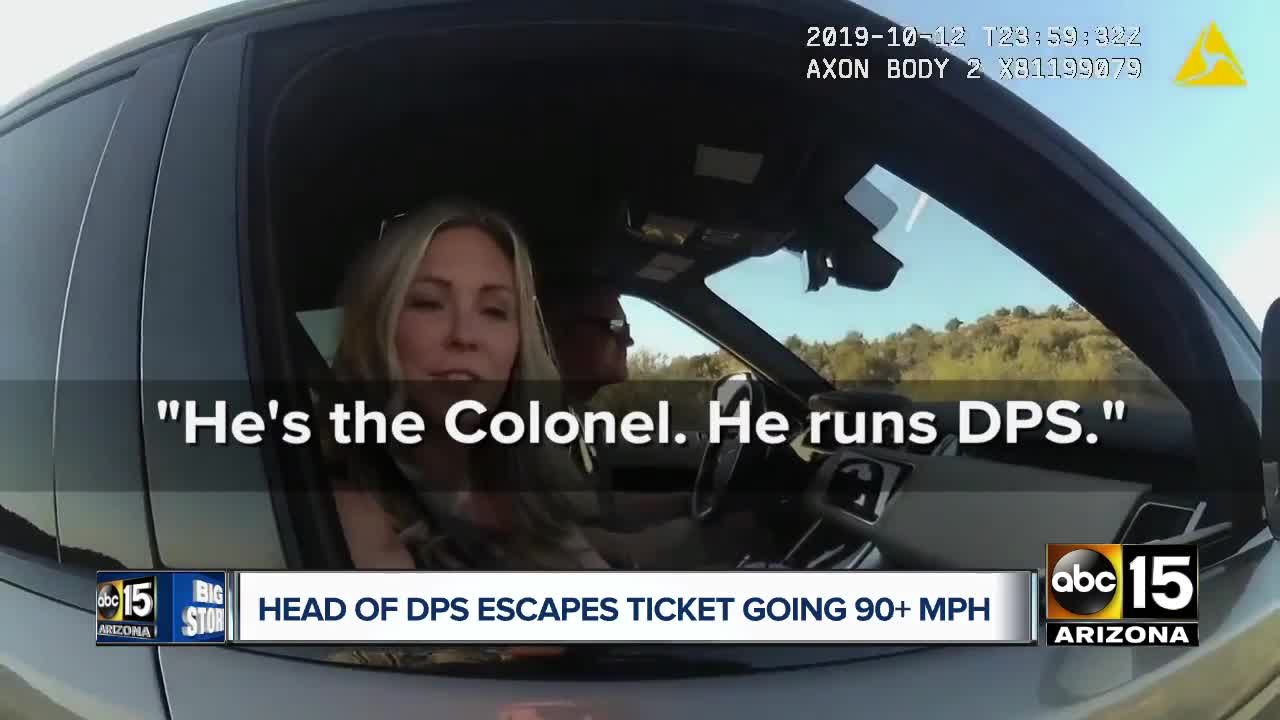 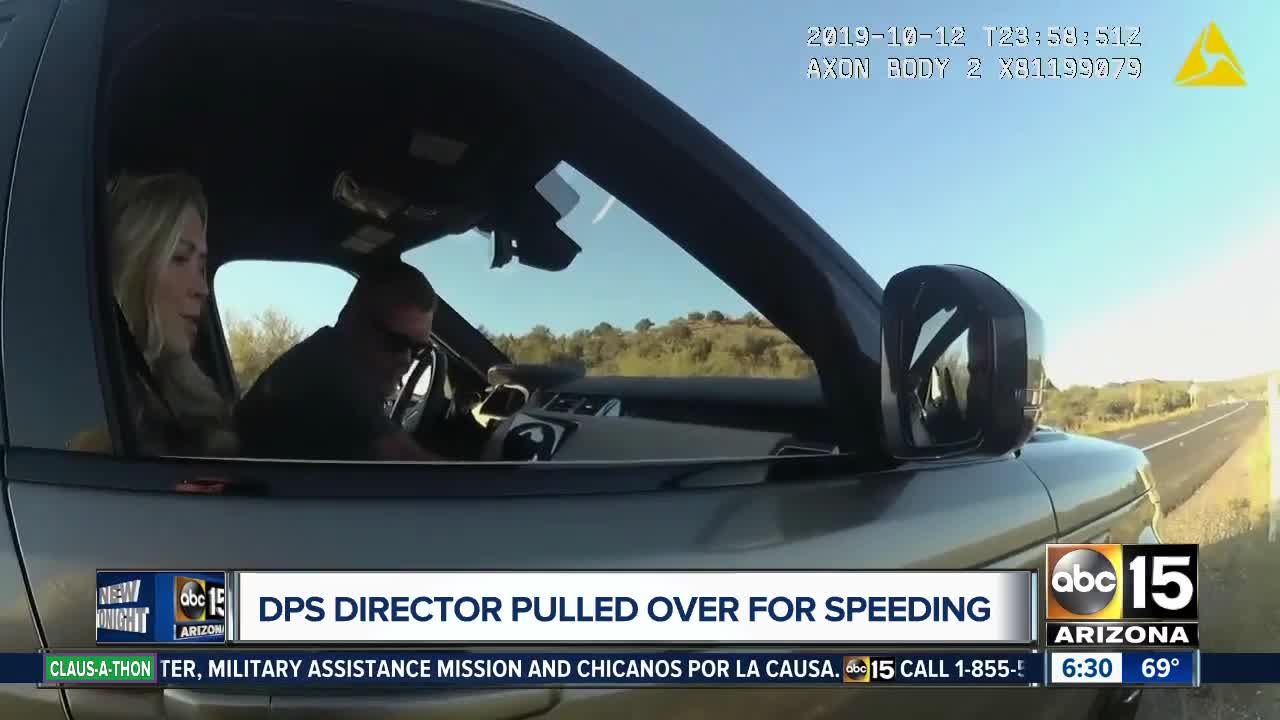 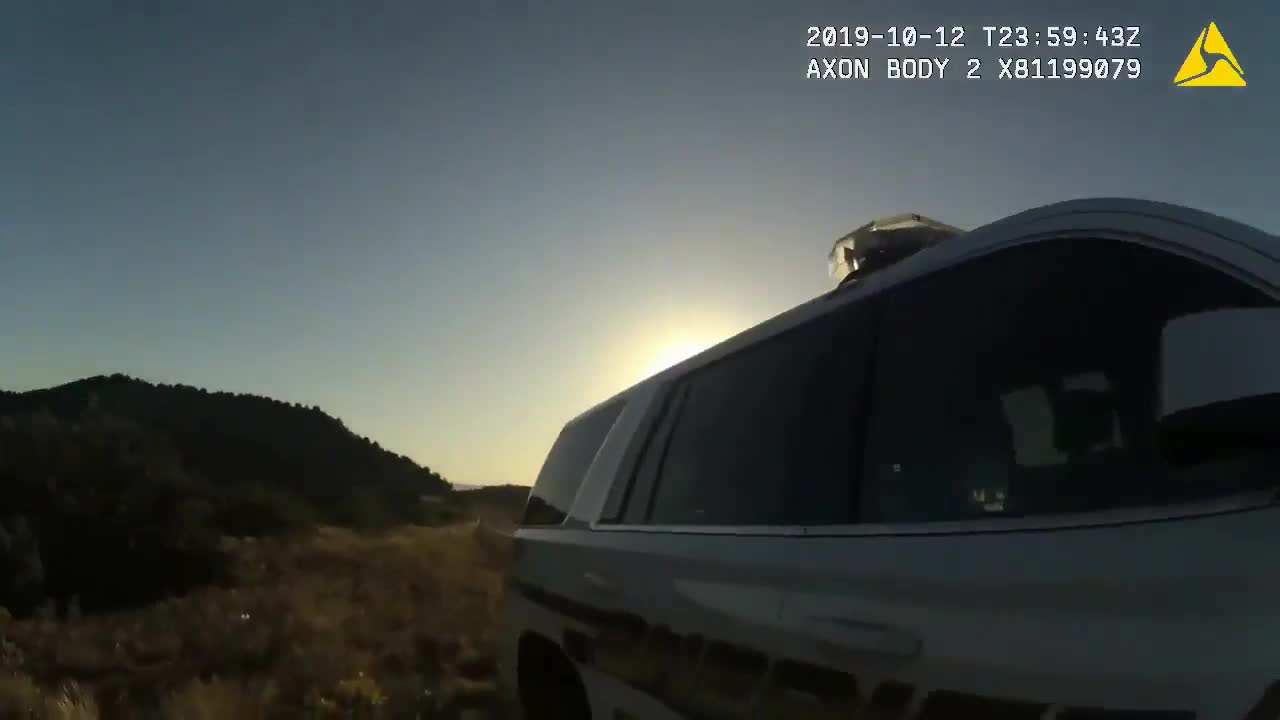 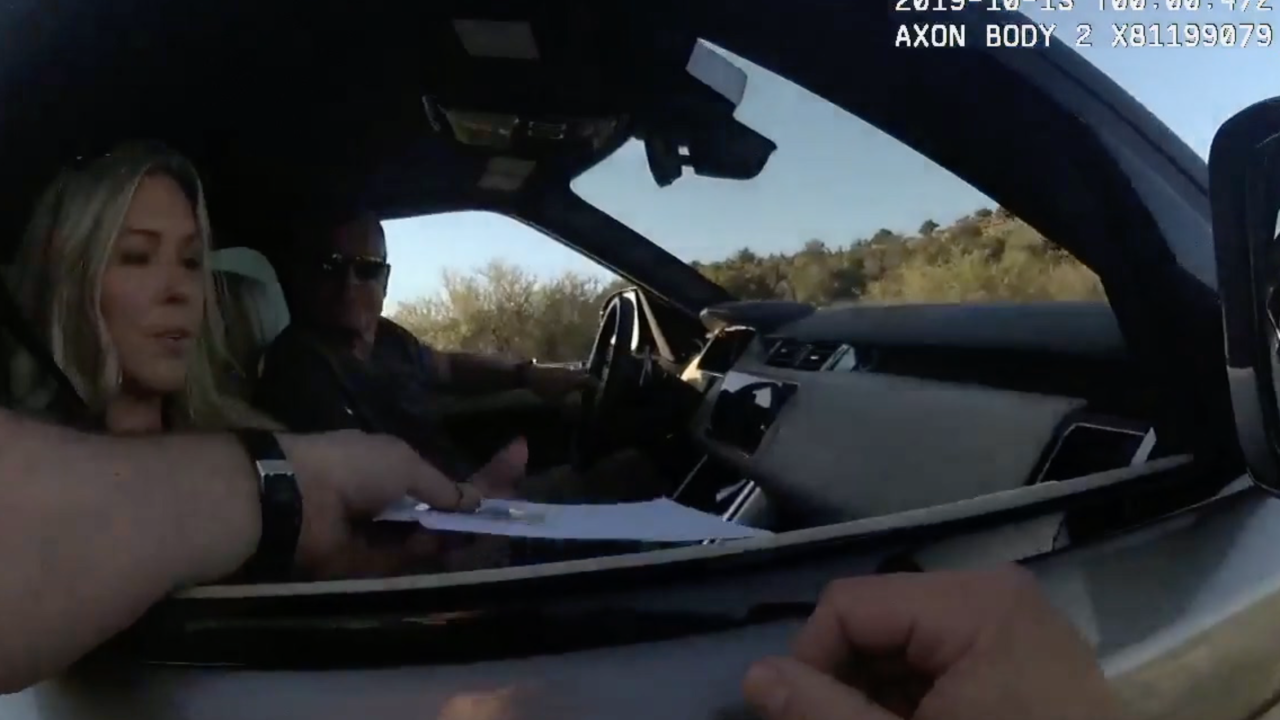 Colonel Frank Milstead has had a lot to say about driving too fast. In a traffic safety video in 2017, Milstead said, "the leading factor in injury and fatality collisions is speeding."

On October 12, though, the man in charge of the Department of Public Safety was pulled over for speeding on Interstate 17, near Lake Montezuma.

“The reason I stopped you is you were going over 90 miles an hour, weaving through traffic, and not using your turn signals,” the young deputy says in a body-worn camera recording of the traffic stop.

The deputy then asks why the couple is heading to Flagstaff.

“We are doing a memorial hike for an officer who was killed in the line of duty,” says Angela Harrolle, Milstead's fiancée.

“I appreciate you guys doing that," the deputy says.

"It was actually my late husband, Bruce Harrolle. He was with DPS. Same as the Colonel here,” Harrolle points out.

In October 2008, Harrolle's husband, a paramedic with DPS, was killed in a tragic helicopter crash. Now, Harrolle runs the 100 Club of Arizona, which is a charity for fallen officers.

As the deputy is returning to his car, the couple calls him back.

“I don't know if that will help at all,” says Milstead, handing over his DPS badge.

“Well it's a pleasure to meet you,” says the deputy.

“Sorry to meet you under such circumstances,” says Milstead.

“No, not a problem,” the deputy replies.

A minute later, the deputy is back without a ticket. Milstead, like anyone who only gets a warning, is relieved and proceeds to name-drop the deputy's boss.

“I love Sheriff Scott Mascher. He is one of my favorite guys.”

“I was sitting here, thinking, 'well one of his guys is about to write me a ticket.' And I'm going to have to call him and go, ‘I'm a dumb*** and I was going too fast and I got a ticket,'” says Milstead, laughing.

Milstead then apologizes to the deputy for bothering him and thanks him for the break. The deputy tells Milstead it was nice to meet him and tells him to have a good day.

In a series of Tweets Wednesday, Milstead accepted responsibility for his actions and expressed regret for what happened.

On Saturday, Oct. 12, 2019 at 4:55PM I was stopped for speeding by a deputy of the Yavapai County Sheriff’s Office. Unquestionably I was speeding and the deputy’s decision to stop me was valid. As with any traffic stop, the deputy requested my information and I provided it. (1/5)

“I think he knew what he was doing and I think he knew it would get him out of a ticket,” said Michael Grubor from Peoria. Grubor got a ticket, written by one of Milstead's troopers in 2017.

“I got a ticket going 90 in a 75 coming home from Flag(staff) on a Sunday night. No traffic to weave through,” said Grubor. It cost the father almost $500.

“And I also had to take two days off work to go to court in Mayer, Arizona,” he said.