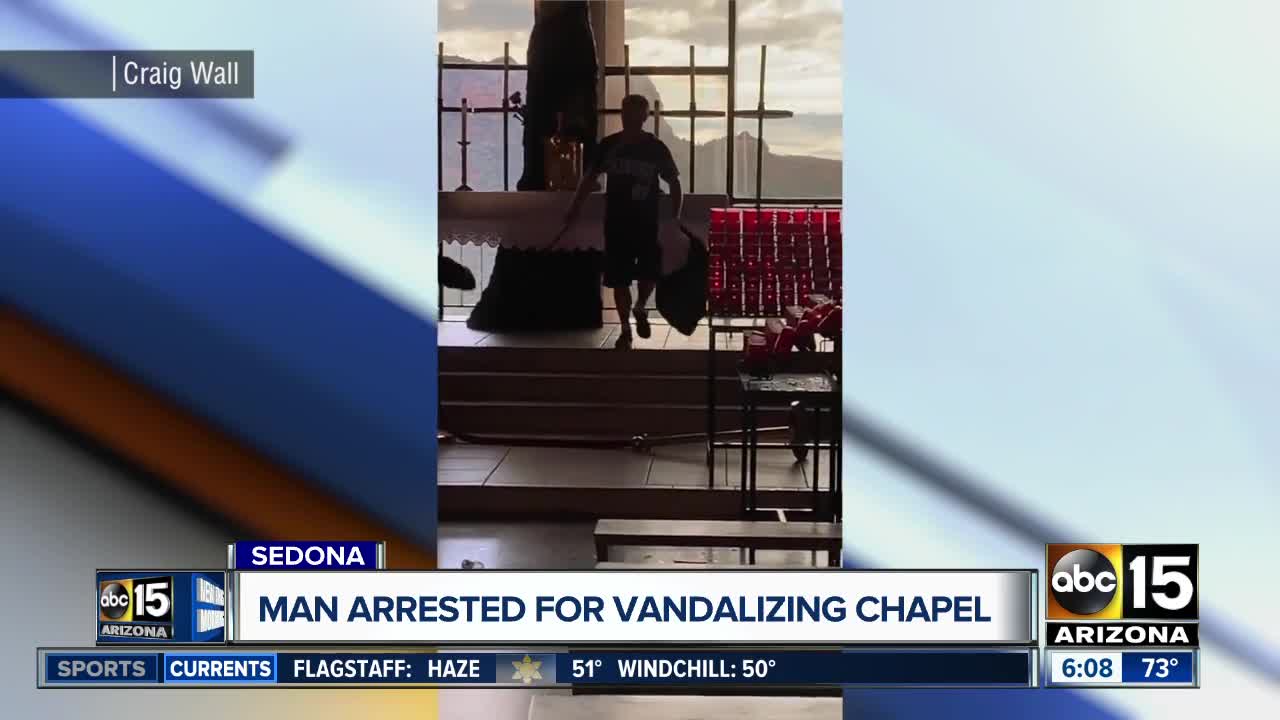 A man was arrested after vandalism at Sedona's Chapel of the Holy Cross.

SEDONA, AZ — Sedona police say a man who was seen vandalizing the Chapel of the Holy Cross Wednesday afternoon has been taken into custody.

Police posted an urgent alert to residents of Sedona asking the public to help them locate the suspect after a man was seen damaging property at the church.

Witness video shows a man swinging a large object at items inside the church, yelling and knocking down a sign outside. Other visitors were there at the time of the incident, but appeared to stay out of the suspect's way.

Police say thanks to community assistance, the suspect was located in Uptown Sedona and arrested without incident.

It's unknown at this time exactly what damage was done to the Chapel of the Holy Cross and the extent of that damage.

No further information has been released about the incident or suspect.