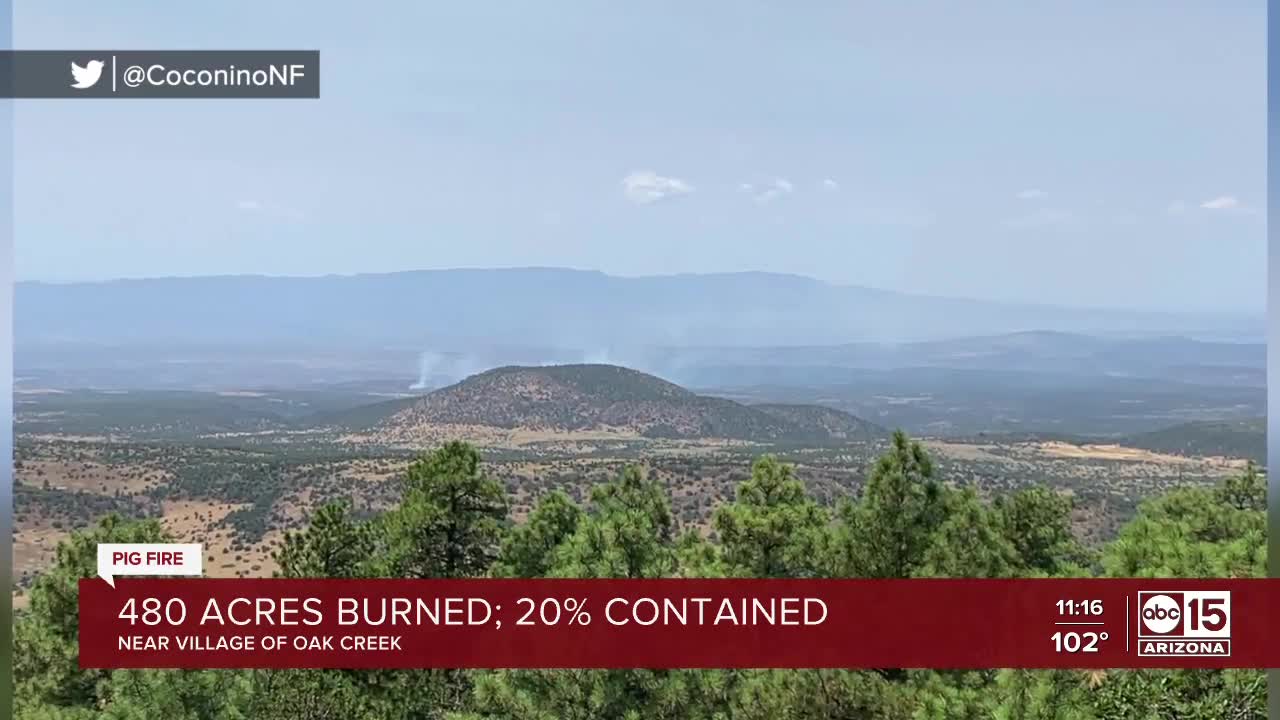 A fire is burning near the Village of Oak Creek. 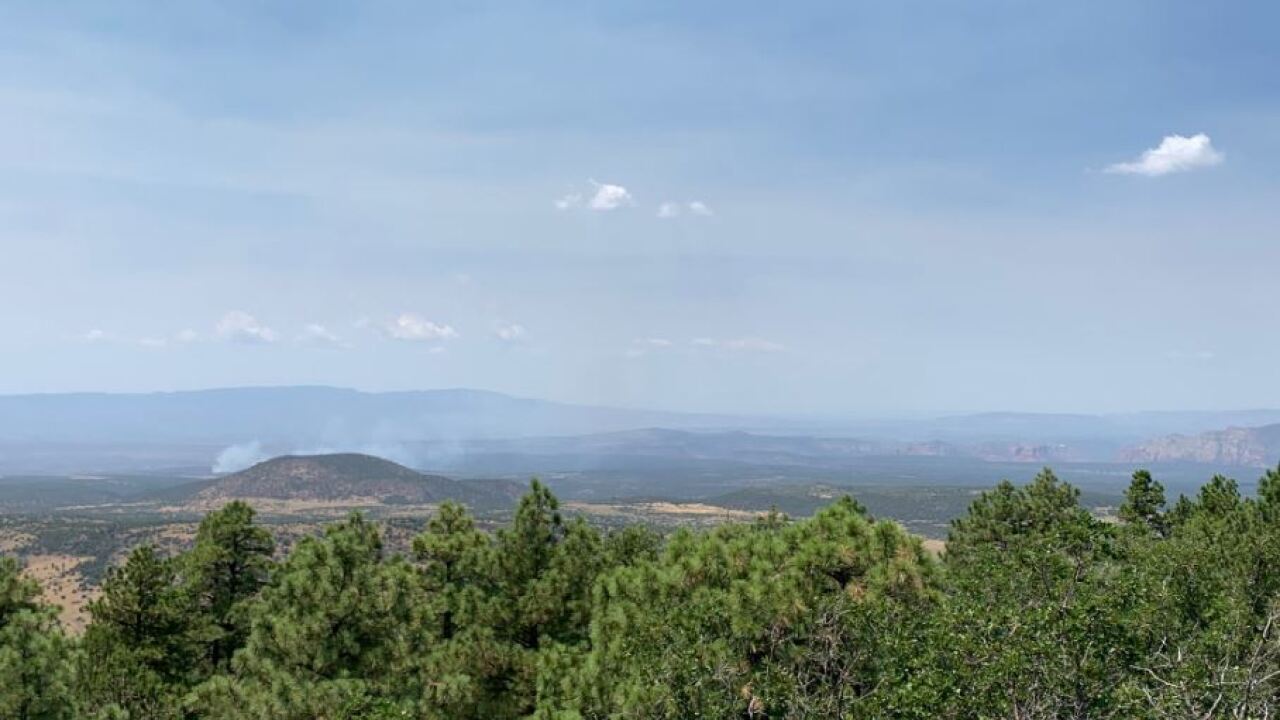 SEDONA, AZ — The "Pig Fire" has burned about 300 acres near the Village of Oak Creek, according to Coconino National Forest officials.

Emergency crews responded to the wildfire about five miles south/southeast of the Village of Oak Creek Saturday evening.

It was reported before 5 p.m. and started on the east side of Interstate 17.

As of Sunday afternoon, the "Pig Fire," named for its proximity to Pig Trough Tank, is about 300 acres in size.

About 80 firefighters and personnel from multiple departments are fighting the fire.

Officials say no structures or communities are threatened at this time, but there are lane restrictions on the northbound side of I-17 near the Sedona exit.